The Importance of One Simple Plant

The natives of America could trace the history of maize to the beginning of time. Maize was the food of the gods that had created the Earth. It played a central role in many native myths and legends. And it came to be one of their most important foods. Maize, in some form, made up roughly 65 percent of the native diet.

Maize and the natives

Besides its divine connections, the natives had practical reasons for using so much maize. Maize was easy to grow. In fact, in this area, the plants grew and developed so quickly that two crops could be grown in one season. In addition, the plant was easy to harvest, was not too difficult to store in different forms, and had a variety of uses.

The natives stored most of the maize they harvested. They dried it by placing the individual ears in the sun or hanging them in the air to dry. Nearly all of this dried maize was then “shelled” — the kernels were removed from the cob. The natives ground these dried kernels into meal or soaked them to make hominy. The kernels of some kinds of maize could be popped over a fire.

The natives also ate ears of maize in the “green” form: raw and undried. The green ears were roasted over fires or the kernels were cut off and cooked with beans and squash (the other two of the Three Sisters) to make a dish called succotash.

The natives had many uses for the rest of the maize plant, too. They used the husks that covered the ears to make baskets, mats, and moccasins. Green husks were used to wrap foods before they were placed in a fire for cooking. The silks, or “hairs,” had uses such as padding. Even the stalks of the plants could be hollowed out and used as containers for such foods as maple sugar and salt or for medicines.

But practical reasons also existed for growing the sisters together. The stalk of the maize plant was strong and tall. It could provide support for growing bean vines in search of sunshine. Squash, gourd, and pumpkin vines grew thick around the base of the maize stalks and helped control the growth of weeds and the loss of moisture in the mound.

When European settlers reached the New World, they found that the native peoples were dependent on this strange-looking grain. The European settlers had brought their own grains, which included wheat, rye, oats, and barley, with them. But they soon found their grains did not grow as well in the American climate as they had at home in Europe. Nor did they grow as well as the natives’ maize plants, which the newcomers came to call “Indian corn.”

The settlers learned to cultivate Indian corn from their native neighbors, who were growing large amounts of it. The newcomers even planted it using what they called the Three Sisters method of planting. Colonial farmers soon found that Indian corn could be grown with little skill or attention and quickly became very efficient at growing it. Some farmers could produce twenty bushels of Indian corn per acre of land. A hundred bushels of this life-supporting grain was enough to feed a family of six for a year.

Like the natives, colonial farmers also found that different parts of the plant had a number of useful by-products and purposes. They used its stalk and leaves for livestock feed. They used cobs to start fires and to fuel slow-burning fires. They used husks to make brooms and chair bottoms as well as to pad mattresses and collars for draft animals.

Over the years, maize, Indian corn, or just plain “corn,” whatever you may call it, has remained as important, versatile, and useful as it was to the natives and the first Europeans.

History of Farming in North Carolina for K-8 Students 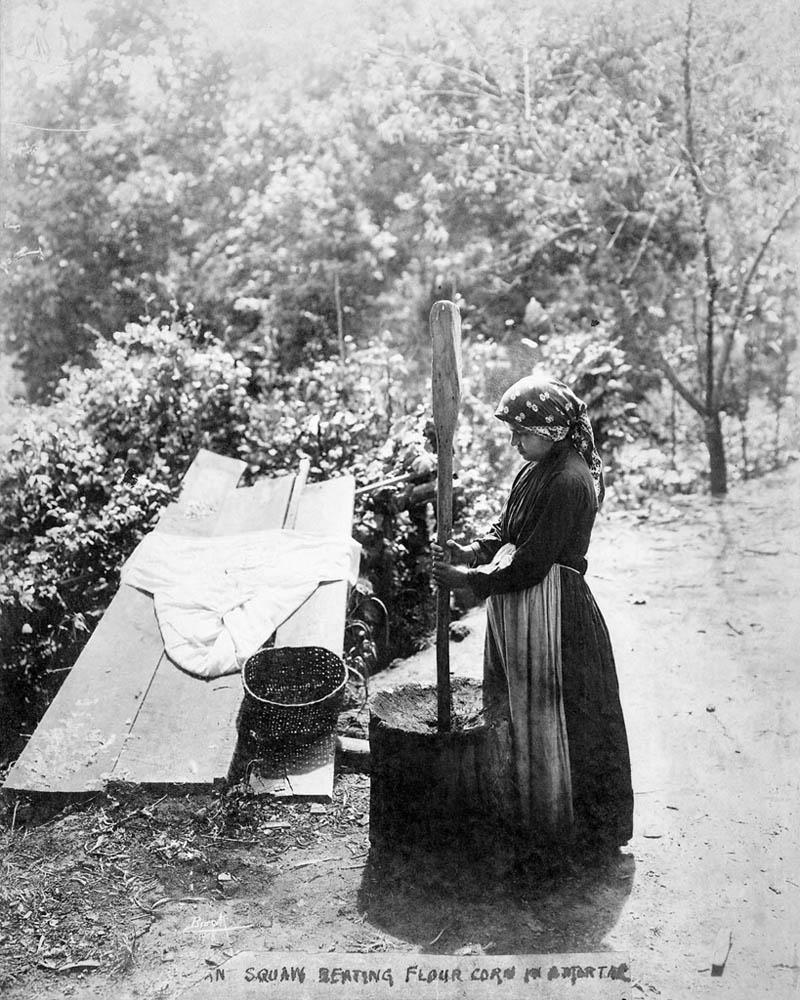 The natives, and later Europeans, used a mortar and pestle like this to grind, or “pound,” dried maize (corn) kernels into a powder that could be baked to make a variety of breads or soaked to make grits. 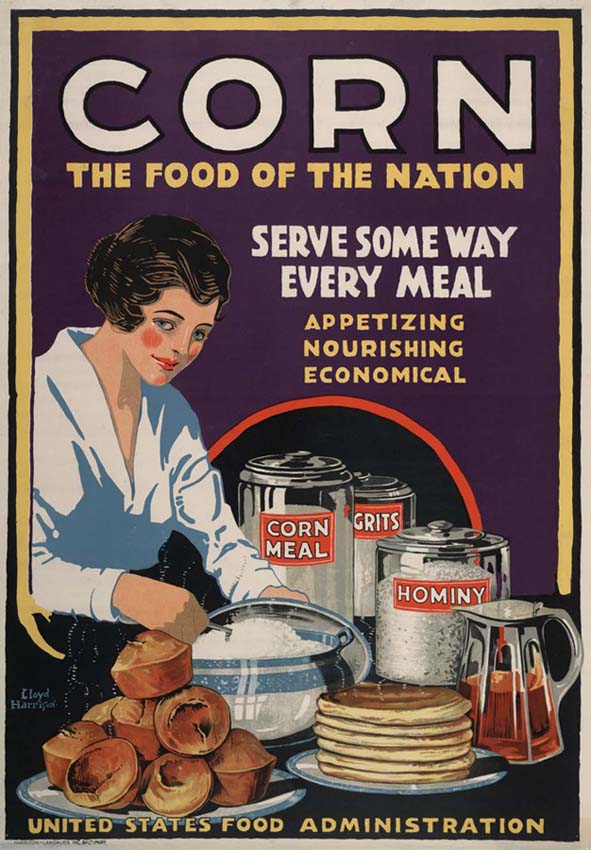 Different parts of the maize plant could be used for many different purposes. The natives used the husks, for example, to make baskets, mats, and moccasins. The Europeans used them to make brooms and chair bottoms and to pad mattresses and collars for draft animals. Even today, maize, which we call “corn,” is used to make more than a hundred products.