From Stringbands to Bluesmen: African American Music in the Piedmont

In this video, Renowned Piedmont blues artist John Dee Holeman performs "I Feel So Good" at the 2009 Tobacco Harvest and Hornworm Arts Festival at Duke Homestead in Durham, North Carolina. A video transcript is available. 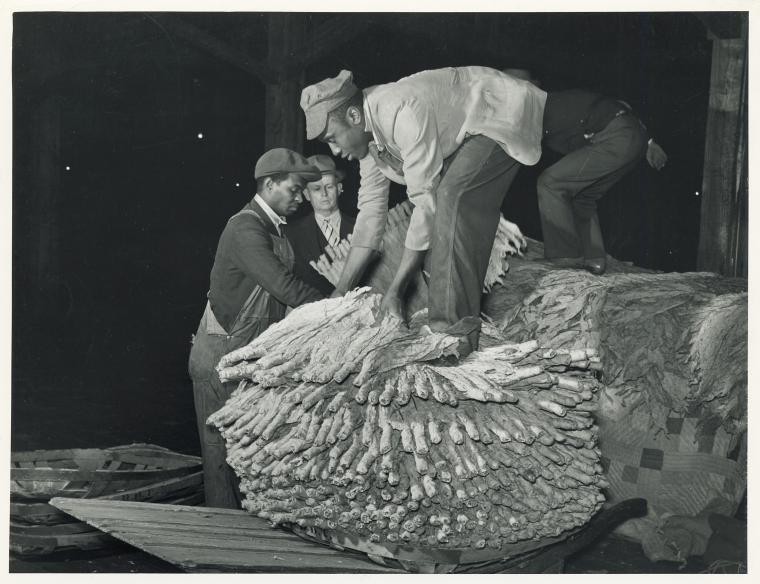 The rise of the tobacco industry in urban centers like Winston-Salem and Durham brought African Americans from all over the South in the early 20th century.

In Winston-Salem a vibrant blues scene was emerging. With the boom of Reynolds Tobacco and other smaller tobacco companies, Winston-Salem was becoming part of the magnetic field of the tobacco industry that attracted African American bluesmen from all over the South, just as had occurred in the eastern tobacco town of Durham. Southern bluesmen would follow the harvest, and when farmers brought their tobacco to sell at auction houses in downtown Winston-Salem, bluesmen such as Blind Boy Fuller were there, playing on streets such as Old Town Street, now Trade Street. Farmers had money in their pockets, and for the bluesmen, there was profit to be made -- from coins tossed into their hats to getting hired by farmers to play at their house parties. According to Winston-Salem blues performer Peter May, these bluesmen had versatile musical repertoires: "For whites, blacks... played mostly ragtime, popular songs of the day. [If] they went to record, their records would sell to blacks, and they recorded blues."1 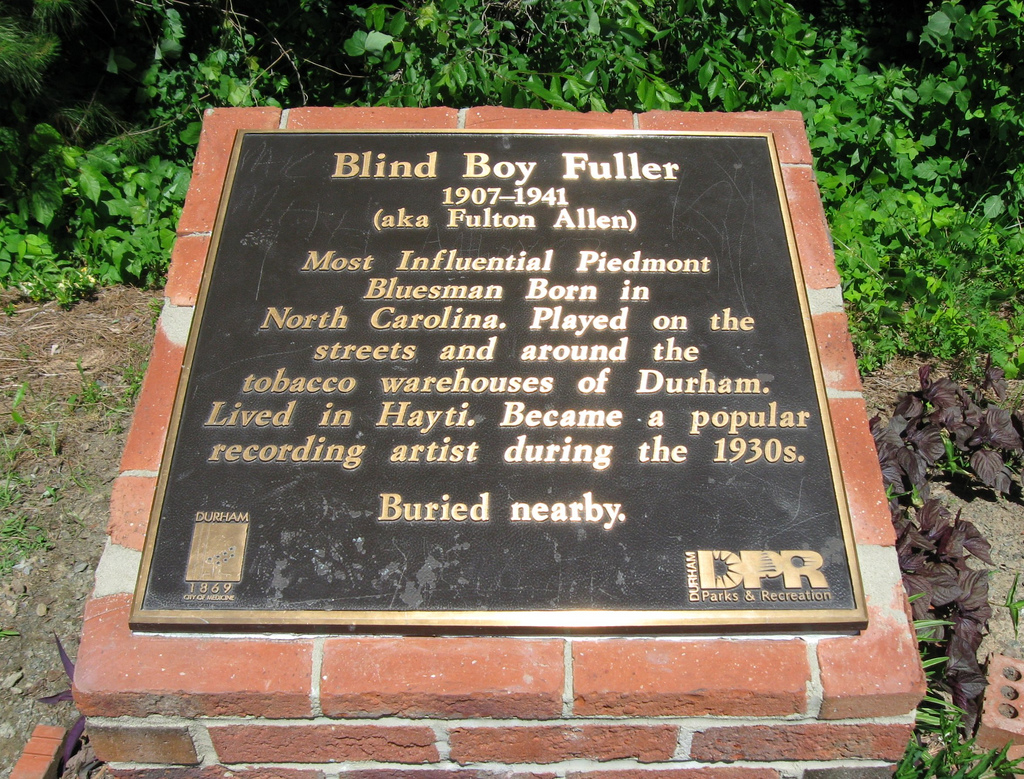 Some of these bluesmen who played on the streets of downtown Winston-Salem were residents of the northwest Piedmont. One such local bluesman was Preston Fulp.

Fulp, born in Stokes County in 1915, did not start his musical life as a blues musician. Rooted in a family string band tradition, Fulp represents an archetype of the transitional African American secular folk musician who moved from stringband to blues. Coming from one of the oldest African American families in the region, Fulp was the great grandson of an African American woman named Suckie and a white planter and doctor named Fulp.

According to folklorist Bob Carlin's research, African American banjo players Jospeh and Bill Fulp, grandsons of Suckie and Dr. Fulp, were born near Walnut Cove shortly after the Civil War. Joseph played banjo in the down picking or "frailing" style, and Bill played guitar. The next generation of Fulp family musicians included Preston and Robert, concentrating on the guitar, and Clifton, playing mostly banjo. In addition to guitar, Preston Fulp played some fiddle and banjo and supplemented income earned at local sawmills by playing at house parties for both blacks and whites.

Fulp's musical horizons began to broaden when he became part of a pool of street musicians who played for clientele of tobacco warehouses in Winston-Salem. In Fulp's own words, "In 1937, I started to go to Winston and play at the tobacco warehouses and would pass around the hat, and I would get a little change. Sometimes I would make $100. I would go about once a week."2

It was in Winston-Salem where Fulp came under the influence of the blues. He became familiar with recordings of North Carolina blues giant Blind Blake. He also states that he learned to play in the key of C from watching Blind Willie McTell. Even in this new urban environment of African American blues, however, Fulp also had contact with white hillbilly artists, such as Matt Simmons from Stokes County, as well as Ernest Thompson.