Eighteenth-century America was a different world from ours, in ways that are often hard to pin down. People spoke English, but their words didn’t always mean what they mean today. They were Christians, but their Christianity was different from the religion of modern churches, and most people believed in some kind of astrology. Their family structures look much like ours, but children worked, women couldn’t own property, and many people married without a legal contract. Some of their most important industries no longer exist. The tools they used in their daily lives appear primitive, but they often have specific and complicated uses that we can barely imagine today.

In this chapter we’ll explore some aspects of colonial culture and society: agriculture and industry, family and marriage, what people learned and read, how they worshiped, the experiences of children, and even the money they used. We’ll also try to make connections between the big events and ideas of the eighteenth century and the daily lives of ordinary people. 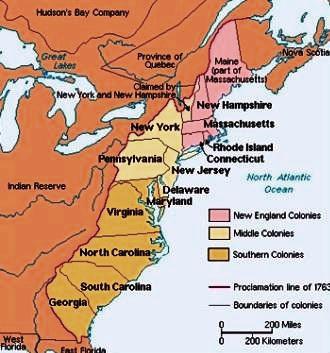 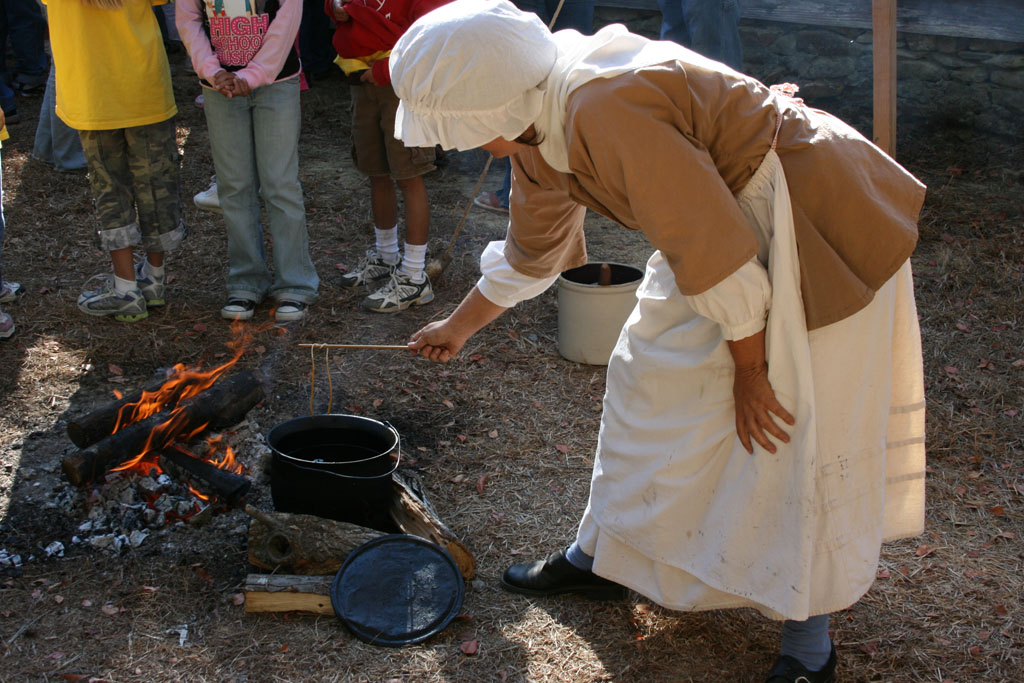 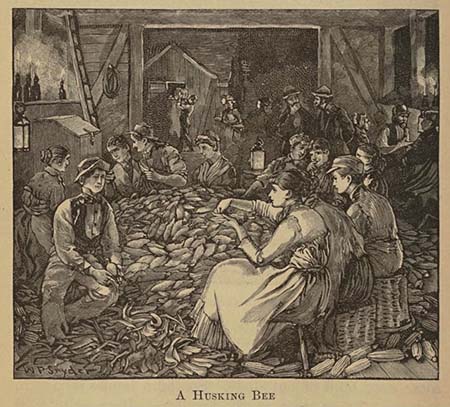 In this sketch, women, children and men are shown carrying out the tasks of bringing the corn to the barn and removing the husks from the corn, ca 1750, New England Colonies.