World War II, like the Great Depression, had been brewing long before Americans found themselves enmeshed in it. Across Europe, as people struggled through the Depression, they debated extreme solutions and totalitarian governments. The Treaty of Versailles that ended World War I angered the German people, who by the 1930s had accepted Nazi rule as a way of restoring national pride and prosperity. Meanwhile, the Empire of Japan began planning expansion into East Asia and the islands of the Pacific, and began a war with China in the 1930s.

The Second World War began on September 1, 1939, when German armies invaded Poland. Within a year, Germany controlled most of the European continent and had invaded the Soviet Union. War raged in Europe for more than two years before Japanese planes bombed the U.S. naval base at Pearl Harbor in Hawaii. In this chapter, you’ll explore the causes of World War II, the events of the war’s first few years, and how a reluctant United States was finally forced into the conflict. 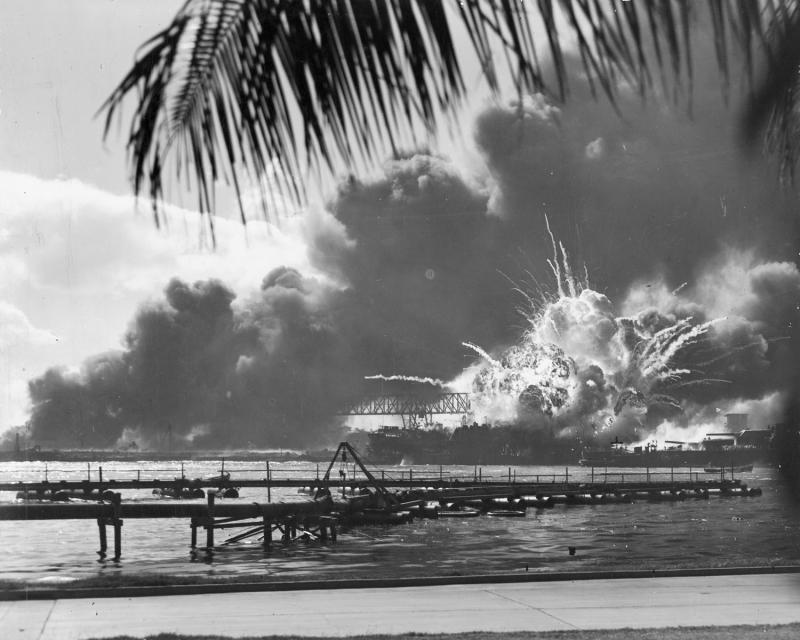 The USS Shaw explodes during the Japanese attack on Pearl Harbor, 1941.