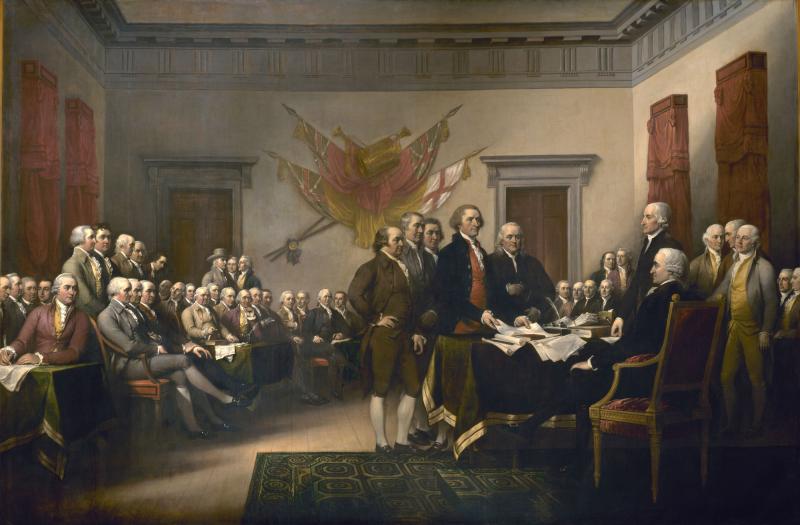 In the spring of 1775, the organized protests in the colonies turned into organized war. Soon after, some revolutionary leaders began calling for a complete break with Britain — independence. Americans had come out of the French and Indian War in 1763 feeling pride in being a part of the greatest empire in the world. Now, barely a decade later, a majority of them wanted out.

North Carolinians were deeply divided in the War for Independence. In this chapter, you’ll explore their words and deeds as they fought each other, declared themselves an independent state, and set up a new government. Whether that government truly reflected the principles they claimed to fight for was debated at the time — and is still debated today. 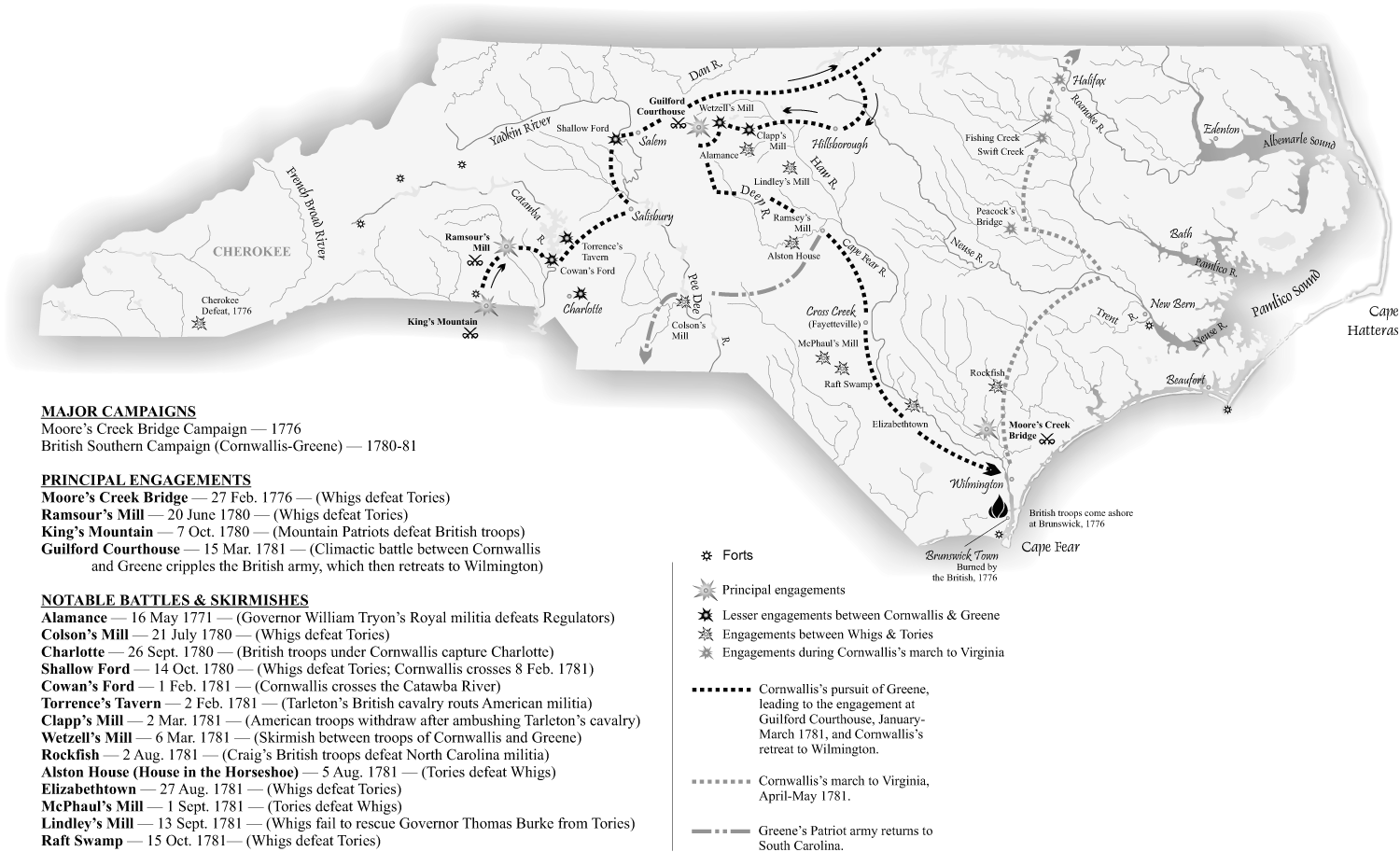 Map of major campaigns, battles and skirmishes in N.C. during the American Revolution