The War in the South

Many residents of the southern backcountry did not support independence and remained loyal to the king. Some Loyalists were former Regulators who still distrusted eastern elites; others were ethnic or religious minorities who didn’t trust the colonial majority to treat them fairly. In 1780, the British army turned its attention to the South. This “Southern Campaign” was fought not only between the British and Continental armies but between Patriot and Loyalist militias and between neighbors. In this chapter you’ll learn how these battles, large and small, were fought. You’ll learn about the experiences of some of the men and women who lived through this time, and about how some of them fought for civility in the midst of a bloody “civil war.”

"Nothing but blood and slaughter have prevailed among the Whigs and Tories, and their inveteracy against each other, must, if it continues, depopulate this Country."
– Major General Nathanael Greene, March 30, 1781 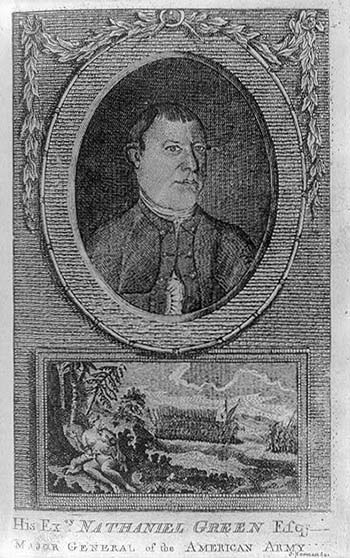 Greene commanded the Continental Army in the South, helping to weaken the British and successfully limiting their control of seaports. 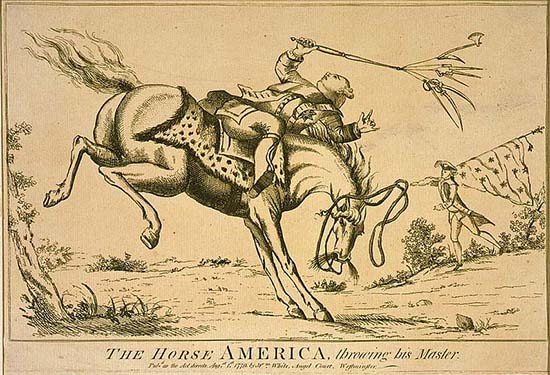 The Horse America, throwing his Master" represents the sentiment that the colonies' desire to "throw off" British Colonial rule was akin to a horse throwing its master. (1779 print from Library of Congress, British Cartoon Prints Collection.)