The war that engulfed Europe between 1914 and 1918 was so massive, widespread, and deadly, that it became known simply as the Great War — and, when an even greater war followed a few decades later, World War I. Although the United States was only involved in the fighting for a year and a half, North Carolina sent 86,457 soldiers overseas. Three military training camps were built in the state — Camp Greene near Charlotte, Camp Bragg near Fayetteville, and Camp Polk near Raleigh. In Wilmington, shipyards built warships for the Navy, while furniture workers in High Point made airplane propellers, and artillery shells were made in Raleigh. The state’s textile mills made blankets, tents, and socks for soldiers.

In this chapter, you’ll learn the reasons for American involvement in the war, consider the experiences of soldiers, and examine the impact of the worldwide influenza pandemic that followed on the heels of the war in 1919.

From the National Archives

From the National Archives 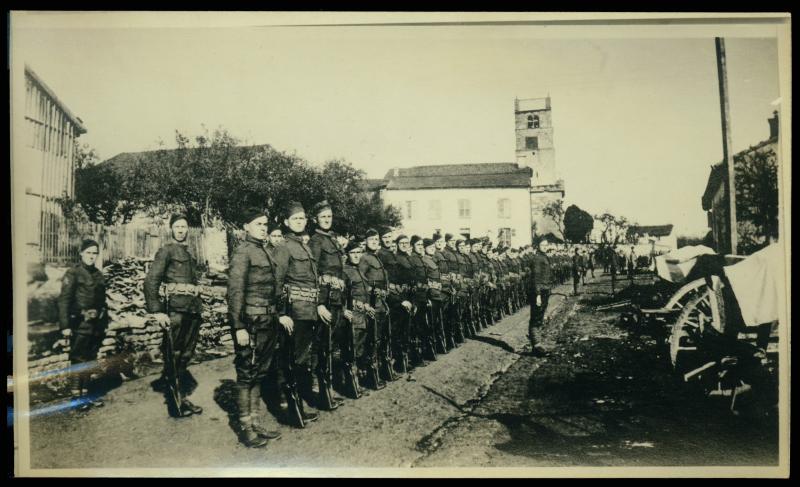