As soon as the war ended — even before, in areas controlled by Union troops — formerly enslaved people took advantage of their freedom. Helped by the Bureau of Refugees, Freedmen, and Abandoned Lands — known as the Freedmen’s Bureau — they searched for lost family members, made their marriages legal, learned to read and write, and organized to fight for their civil rights. In this chapter we’ll explore the expectations that Black Americans had for freedom and their priorities once they had it. 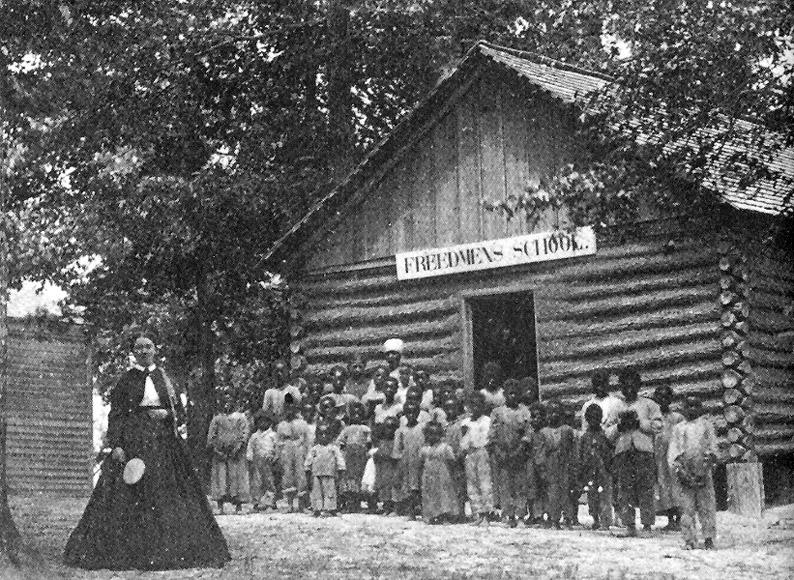 Students standing outside a freedmen's school known as James' Plantation School. This freedmen's school is possibly one of those established by Horace James on the Yankee or Avon Hall plantations in Pitt County in 1866.