In slavery, African Americans could not legally marry. Although many slaves had lived as husband and wife, their marriages had no legal status. After emancipation, freed people wanted to make their marriages legal, and many applied to the state for marriage licenses. In the summer of 1865, 20 freed couples received marriage licenses from the Mecklenburg County clerk's office.

On March 10, 1866, the North Carolina General Assembly legalized the marriages of former slaves. The North Carolina office of the Freedmen's Bureau published announcements outlining the provisions of the law: Any couple who appeared before a Justice of the Peace or Clerk of the Court and stated when they began living together as husband and wife, would be issued a certificate and would be considered lawfully married. Bureau officers worked to make all freedmen in their districts aware of the new rules and of the deadlines for complying with them. In response, tens of thousands of freed couples reported their marriages to county courts. 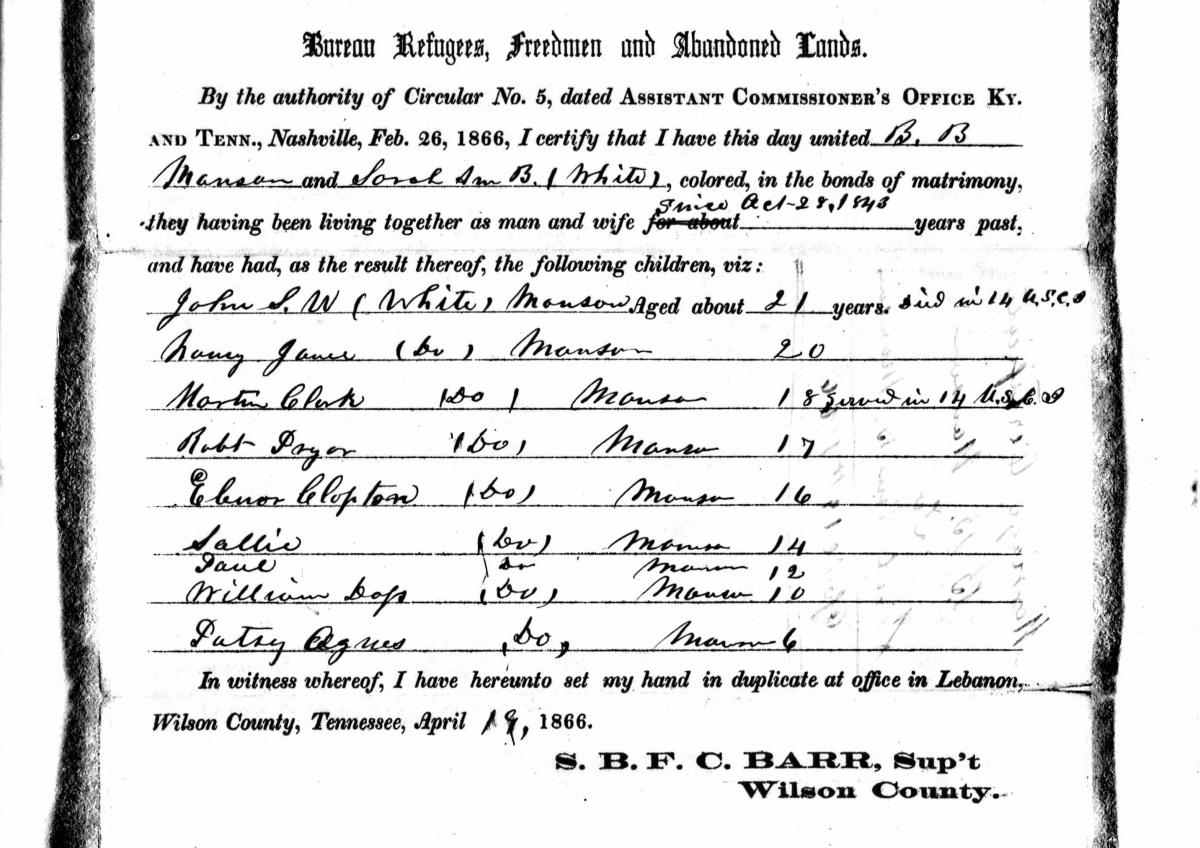 You'll notice that the certificate says "(White)" after Sarah Ann Bo's name. You might think that refers to her race. But miscegenation -- marriage or sex between people of different races -- was illegal in Tennessee, and it's difficult to see how the couple could have lived together as husband and wife before the war if she were white and he black. "(White)" also appears after her eldest child's name. Finally, census records from 1870 list her as colored. So it may be that White was her maiden name or the name of a former husband, and that one of her children took that name.

emancipation, freed people wanted to make their marriages legal, and many applied to the state for marriage licenses. In the summer of 1865, 20 freed couples received marriage licenses from the Mecklenburg County clerk's office.

Slave Marriages, Families Were Often Shattered By Auction Block, Heard on Tell Me More on NPR.