In some ways, winning the war for independence was the easy part of the American Revolution. The harder part for Americans was learning to govern themselves. They had fought for liberty, but what did “liberty” really mean? How much liberty — and for whom? They had fought for independence from a strong central government, but maintaining their independence might require building another strong central government in its place. In this chapter, you’ll read about these debates, the development of the United States Constitution and the Bill of Rights, and the role North Carolinians played in that process. 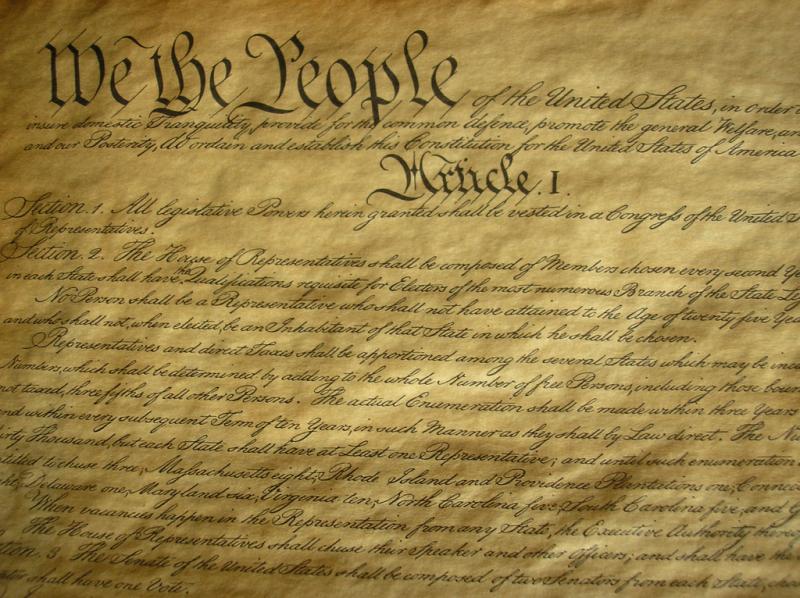 First page of the United States Constitution. It features the famous line, "We the People..."

Constitution of the United States (1787)