George M. Cohan claimed throughout his life to have been born on the Fourth of July, though his birth certificate said July 3, 1878. As a child, he starred with his family in vaudeville theater productions, and he grew up to write, direct, and star in musical theater productions. Shortly after the United States entered World war I, Cohan wrote the words and music to “Over There,” which quickly became the anthem of American soldiers. The song did so much to boost morale that years later, in 1940, Cohan would be given the Congressional Medal of Honor for his patriotic music.

Billy Murray recorded this version of "Over There" in 1917. 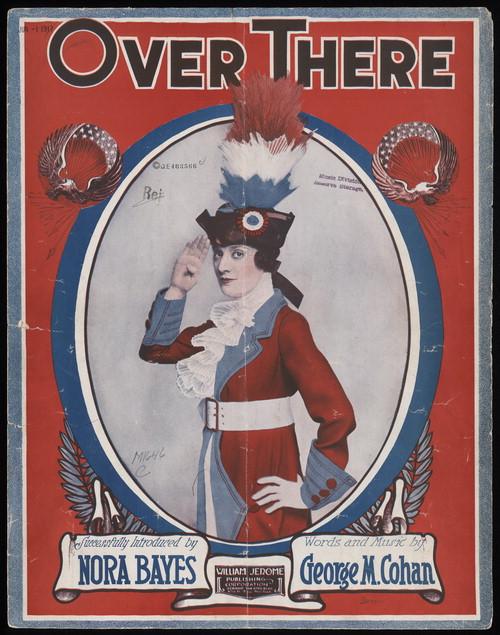 George M. Cohan’s patriotic song “Over There,” written in 1917, was quickly published and was recorded several times during the war.