The Battle of Kings Mountain

For many Americans, deciding which side to take in the Revolution was an easy choice. Some were zealous about fighting for independence while others never questioned loyalty to Britain. Yet there were still others for whom choosing sides was a painfully difficult decision. This variety of viewpoints, often influenced by economic status, race, religion, and gender, resulted in discord not only on the battlefield but also in the personal lives of those torn between conflicting loyalties within their families and communities.

The Battle of Kings Mountain in 1780 in South Carolina, waged not between the American and British armies but among American patriots and loyalists, illustrates the divisions in colonial society.

By 1780, the British focused on the southern states; the British believed that the southern colonies were largely loyalist and, based on this assumption, built a military campaign to control the South. Having fought to a stalemate in the North, the British sought to establish loyalist strongholds and then march to join loyalist troops around the Chesapeake Bay and take control of the eastern seaboard.

At first the British troops succeeded, using military force to gain control. When British General Lord Cornwallis sent Major Patrick Ferguson to coordinate the loyalist militia, Ferguson sent a message threatening Carolina patriots with death if they did not submit. The patriot militia, made up of rugged individuals of mostly Scots-Irish ancestry, lived in remote valleys and worked as hunters, farmers, and artisans. They were used to being independent, and had little to do with events taking place in the northern states and along the coast. Ferguson’s threat, however, was another matter. Infuriated, they actively pursued the Major and his loyalist forces.

In September 1780, southern patriot forces gathered at Sycamore Shoals under the command of colonels William Campbell, Isaac Shelby, Charles McDowell, and John Sevier. They then traveled through snowy mountains to join with other patriot militia at Quaker Meadows and Cowpens. Ferguson stopped at Kings Mountain to await the patriot advance. In the fierce battle that occurred there, the loyalists suffered staggering losses including the death of Ferguson. In spite of the white flag hoisted by the loyalists and their cries of surrender, the enraged patriot militia continued to fire for several more minutes until Colonel Campbell regained control. 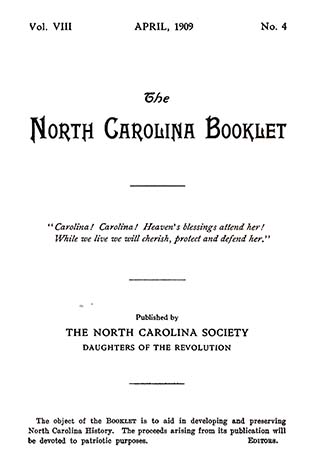 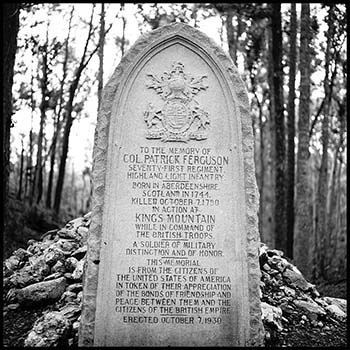 A monument to Patrick Ferguson, commander of loyalist troops, who died in action at the Battle of Kings Mountain on October 7, 1780.