Mapping Life in a Colonial Town

C.J. Sauthier was a French illustrator, draftsman, and cartographer. He specialized in landscaping and architecture and wrote a book in 1763, A Treatis on Public Architecture and Garden Planning, which was very popular.

In 1767, Governor William Tryon invited Sauthier to come to North Carolina. Tryon wanted to map towns and ports that had strategic potential in case of war. In addition to making this map of Edenton, Sauthier made maps of Halifax, New Bern, and Wilmington. When Tryon was made governor of New York, Sauthier went with him to make maps in the colony of New York.

During the war for American Independence, Sauthier worked for the British. At the end of the War, Sauthier moved to Britain.

Historical maps can help us understand a number of things about everyday life in colonial villages. Looking at the map and using the information provided above, see if you can answer some of these questions: 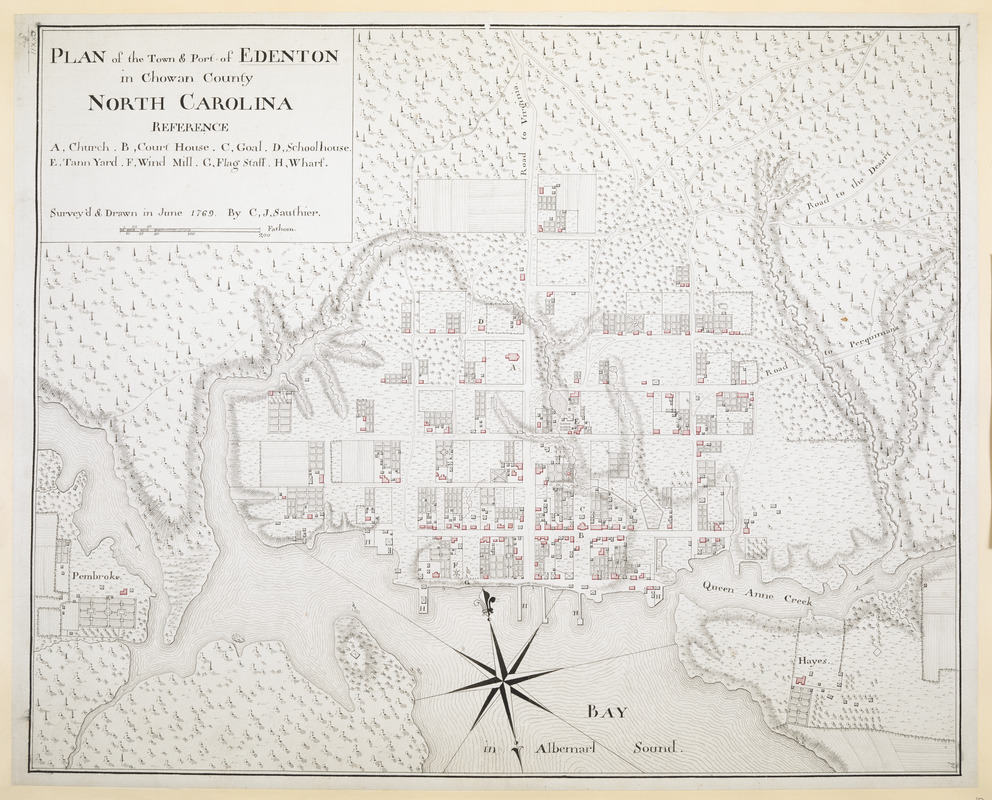 Tryon commissioned this map, "Plan of the Town & Port of Edenton in Chowan County North Carolina" to be drawn in June 1768 by C.J. Sauthier. Click here for a larger version.