Abraham Lincoln had long regarded slavery as an evil. As early as 1854 in a widely publicized speech, he declared that all national legislation should be framed on the principle that slavery was to be restricted and eventually abolished. He contended also that the principle of popular sovereignty was false, for slavery in the western territories was the concern not only of the local inhabitants but of the United States as a whole.

In 1858 Lincoln opposed Stephen A. Douglas for election to the U.S. Senate from Illinois. In the first paragraph of his opening campaign speech, on June 17, Lincoln struck the keynote of American history for the seven years to follow:

"A house divided against itself cannot stand. I believe this government cannot endure permanently half-slave and half-free. I do not expect the Union to be dissolved – I do not expect the house to fall – but I do expect it will cease to be divided."

Lincoln and Douglas engaged in a series of seven debates in the ensuing months of 1858. Senator Douglas, known as the "Little Giant," had an enviable reputation as an orator, but he met his match in Lincoln, who eloquently challenged Douglas’s concept of popular sovereignty. In the end, Douglas won the election by a small margin, but Lincoln had achieved stature as a national figure.

By then events were spinning out of control. On the night of October 16, 1859, John Brown, an antislavery fanatic who had captured and killed five proslavery settlers in Kansas three years before, led a band of followers in an attack on the federal arsenal at Harper's Ferry (in what is now West Virginia). Brown's goal was to use the weapons seized to lead a slave uprising. After two days of fighting, Brown and his surviving men were taken prisoner by a force of U.S. Marines commanded by Colonel Robert E. Lee.

Brown's attempt confirmed the worst fears of many Southerners. Antislavery activists, on the other hand, generally hailed Brown as a martyr to a great cause. Virginia put Brown on trial for conspiracy, treason, and murder. On December 2, 1859, he was hanged. Although most Northerners had initially condemned him, increasing numbers were coming to accept his view that he had been an instrument in the hand of God.

In 1860 the Republican Party nominated Abraham Lincoln as its candidate for president. The Republican platform declared that slavery could spread no farther, promised a tariff for the protection of industry, and pledged the enactment of a law granting free homesteads to settlers who would help in the opening of the West. Southern Democrats, unwilling in the wake of the Dred Scott case to accept Douglas’s popular sovereignty, split from the party and nominated Vice President John C. Breckenridge of Kentucky for president. Stephen A. Douglas was the nominee of northern Democrats. Diehard Whigs from the border states, formed into the Constitutional Union Party, nominated John C. Bell of Tennessee.

Lincoln and Douglas competed in the North, Breckenridge and Bell in the South. Lincoln won only 39 percent of the popular vote, but had a clear majority of 180 electoral votes, carrying all 18 free states. Bell won Tennessee, Kentucky, and Virginia; Breckenridge took the other slave states except for Missouri, which was won by Douglas. Despite his poor showing, Douglas trailed only Lincoln in the popular vote. 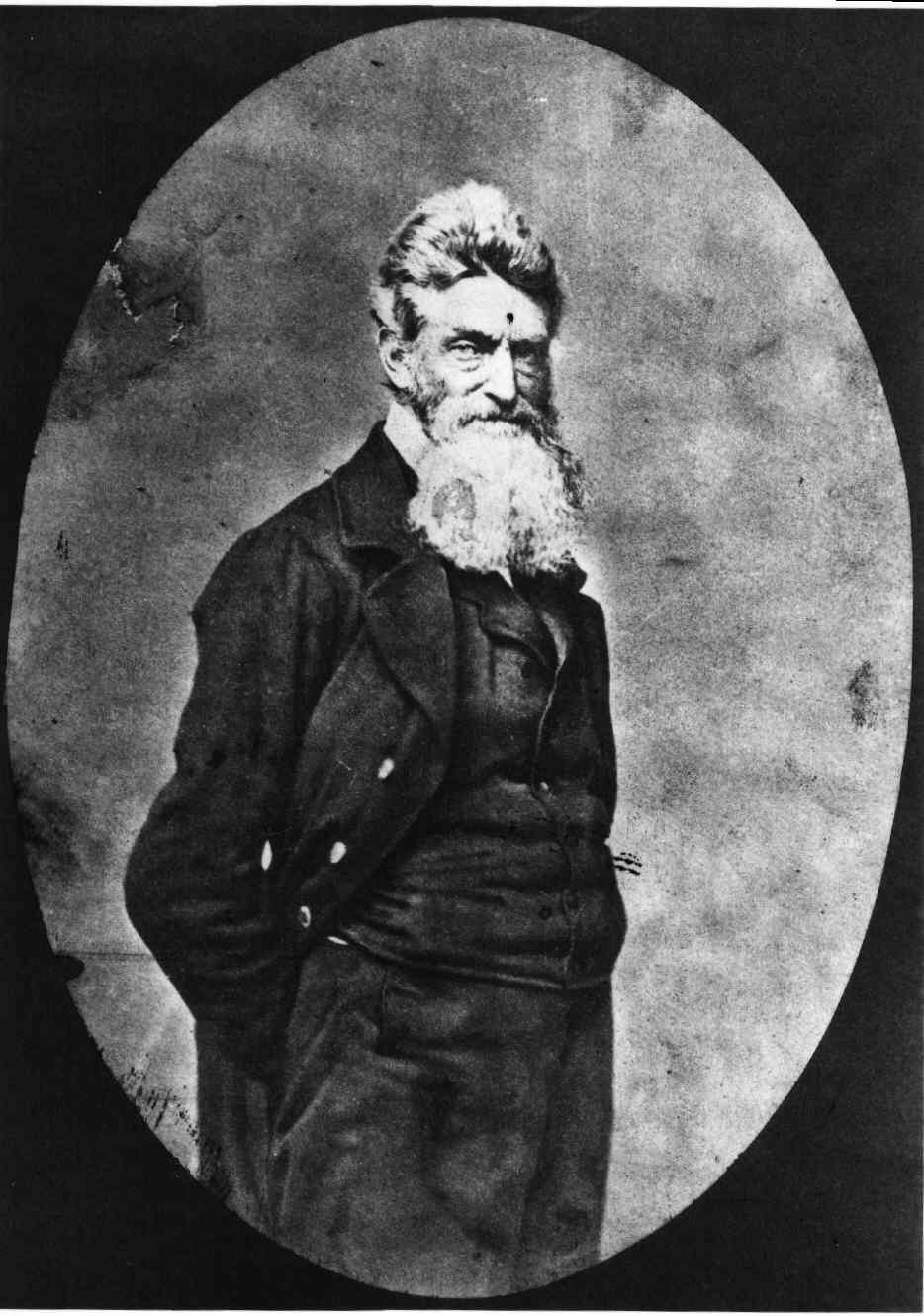 John Brown led a failed raid on the federal arsenal at Harper's Ferry, Virginia, hoping to start a slave uprising. 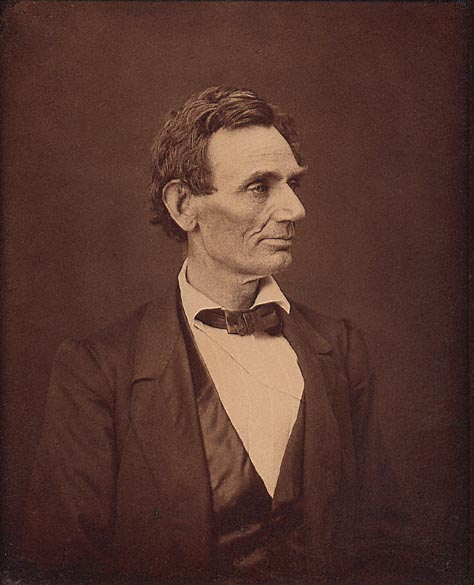 Abraham Lincoln, shown here in November 1860, won praise throughout the North for his speeches in the 1858 Illinois Senate campaign. 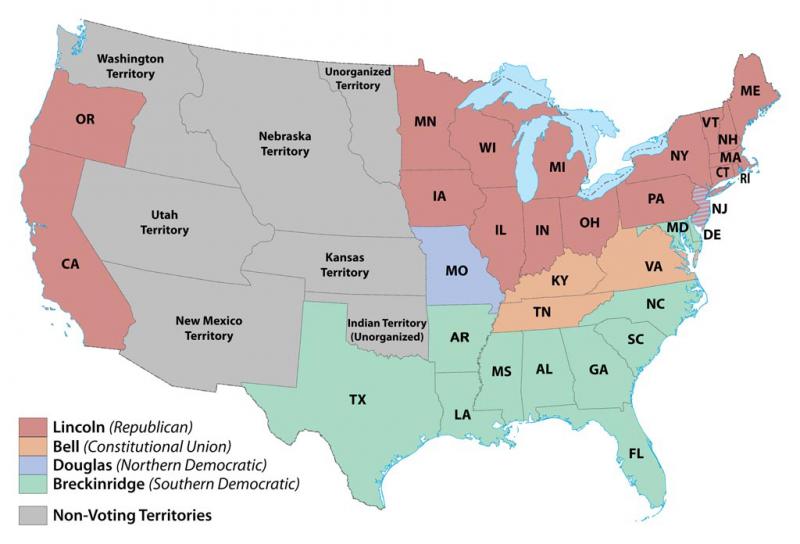 In the 1860 election for President, Abraham Lincoln swept the populous free states, while the South was divided among three candidates.

The Election of 1860 and the Road to Disunion, Crash Course History