This 1952 film. describes the struggle to claim a key piece of Korean territory, “Baldy” Ridge, which had changed hands six times.

The first military clash of the Cold War and the first United Nations-sanctioned conflict, the Korean War pitted the United States and its allies against the Soviet Union and its communist clients. The Korean War also inaugurated what became the U.S. policy of containment – the idea that communism could not be allowed to spread beyond a certain geographical point. Because the war was fought for political rather than military objectives, it quickly degenerated into a stalemate as both sides used the battlefield to jockey for political advantage at the negotiating table. Despite heavy casualties, probably two million deaths for the Chinese and North Koreans and 450,360 for the U.S.-led United Nations coalition, the war resolved nothing. More than a half-century after the first shots were fired, the Korean peninsula remains what it was in 1950 – divided, militarized and volatile.

Part of the Japanese empire from 1905 to 1945, Korea was liberated at the end of World War II. At that time the United States and the Soviet Union held the country in temporary trusteeship with the Red Army occupying the territory north of the 38th Parallel and the US occupying the south. As the Cold War developed, that division hardened and in June 1950, after several border clashes, North Korean forces crossed the 38th Parallel into South Korea. The United Nations Security Council responded by adopting a U.S.-sponsored resolution calling the North Korean attack a breach of the peace and designating the president of the United States as its executive agent to prosecute the war. Initially the goals of the conflict were to contain the war; i.e., to keep it from spreading to Asia and Europe and to bar the Soviet Union from joining the North Koreans. 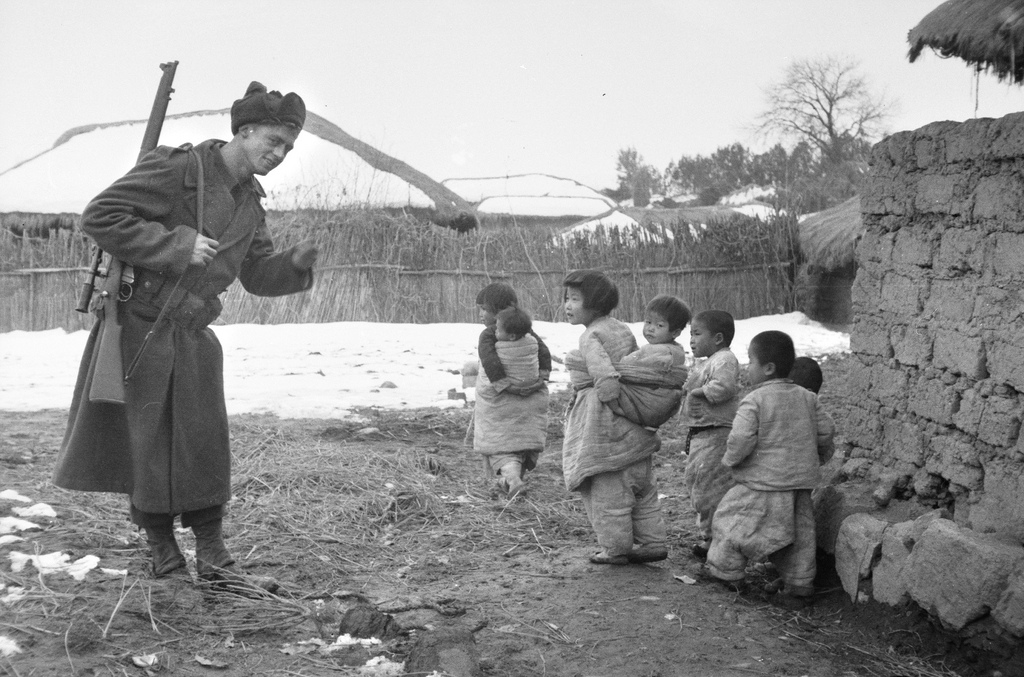 Early on, UN forces, under the leadership of General Douglas MacArthur, were successful in repulsing the North Korean attack. MacArthur's victory at Inchon in September 1950 allowed the UN forces to retake Seoul, the capital of South Korea, which the North Koreans had captured in June. Anxious to pursue the retreating North Koreans, MacArthur moved his troops across the 38th Parallel and ordered them to advance as far as the Chinese border. At the same time the UN passed a resolution changing the war aim from saving South Korea to unifying the peninsula and ridding it of the Communists. The decision to cross the 38th Parallel turned out to be pivotal. MacArthur's attack was not successful. Moreover, the Chinese Communists, at the request of Soviet premier Josef Stalin, sent troops to help the North Koreans. Stunned and outnumbered, the UN forces retreated back across the 38th Parallel. In the process Seoul once again fell to the North Koreans. At this point the war aim changed again. Now the goal became a negotiated settlement that would leave Korea divided. When MacArthur publicly disagreed with that objective and argued that war ought to be expanded into China, President Harry Truman relieved him of command in April 1951. In May, UN forces regrouped, recrossed the 38th Parallel and retook Seoul, inflicting heavy casualties on the North Koreans and the Chinese Communists. That victory and Chinese restraint led to a preliminary conference in June, which soon bogged down over the issues of where to fix the boundary line between the two armies and how to deal with prisoners of war. (The UN wanted voluntary repatriation of prisoners; the North Koreans favored forced repatriation.) The political stalemate led to a military stalemate. While the politicians debated, the two opposing armies engaged in a series of firefights designed to give one side political leverage over the other.

The election of Dwight Eisenhower to the American presidency in November 1952, an International Red Cross resolution calling for the exchange of sick and wounded POWs in December, and the death of Joseph Stalin in March of 1953 broke the impasse. 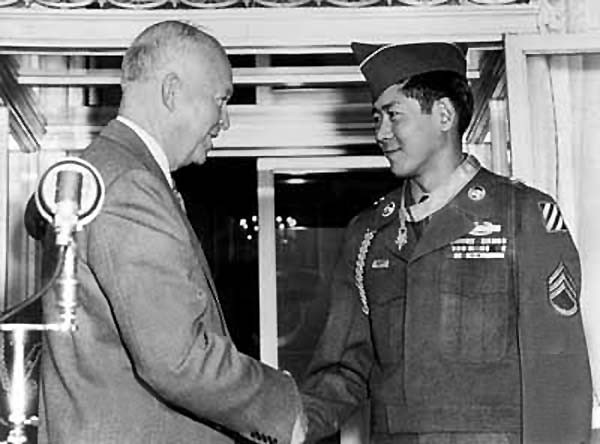 Elected on a promise that he would "go to Korea," Eisenhower made it clear that he was prepared to escalate the war unless the negotiations moved forward. At the same time the Soviets, preoccupied with the power struggle Stalin's death presented, were less interested in prolonging the war. The negotiations resumed in April 1953 and the armistice was signed on July 27. The armistice, however, only stopped the shooting. It did nothing to achieve a political solution and no peace treaty was ever signed. Today, Korea remains divided and North Korea, in particular, has become a rogue nation because of its unwillingness to abide by international conventions relating to the testing and inspection of nuclear weapons.

Despite the ambiguity of its outcome, the Korean War had important implications for American foreign policy. Short-term, the conflict globalized containment and was the impetus for large U.S. defense budgets and extensive overseas commitments. At the same time the war deepened the U.S. adversarial relationship with the Soviet Union and effectively postponed opening diplomatic relations with Communist China for twenty years. Long-term, the lessons of Korea, particularly the definition of victory as a permanently divided country, shaped the conduct of the Vietnam conflict in the 1960s and 1970s.

This 1952 film. describes the struggle to claim a key piece of Korean territory, “Baldy” Ridge, which had changed hands six times.

The first military clash of the Cold War and the first United Nations-sanctioned conflict, the Korean War pitted the United States and its allies against the Soviet Union and its communist clients." data-share-imageurl="">