Reform Movements Across the United States

The democratic upheaval in politics exemplified by Jackson's election was merely one phase of the long American quest for greater rights and opportunities for all citizens. Another was the beginning of labor organization, primarily among skilled and semiskilled workers. In 1835 labor forces in Philadelphia, Pennsylvania, succeeded in reducing the old "dark-to-dark" workday to a 10-hour day. By 1860, the new work day had become law in several of the states and was a generally accepted standard.

The spread of suffrage had already led to a new concept of education. Clear-sighted statesmen everywhere understood that universal suffrage required a tutored, literate electorate. Workingmen’s organizations demanded free, tax-supported schools open to all children. Gradually, in one state after another, legislation was enacted to provide for such free instruction. The leadership of Horace Mann in Massachusetts was especially effective. The public school system became common throughout the North. In other parts of the country, however, the battle for public education continued for years.

Another influential social movement that emerged during this period was the opposition to the sale and use of alcohol, or the temperance movement. It stemmed from a variety of concerns and motives: religious beliefs, the effect of alcohol on the work force, the violence and suffering women and children experienced at the hands of heavy drinkers. In 1826 Boston ministers organized the Society for the Promotion of Temperance. Seven years later, in Philadelphia, the society convened a national convention, which formed the American Temperance Union. The union called for the prohibition of all alcoholic beverages, and pressed state legislatures to ban their production and sale. Thirteen states had done so by 1855, although the laws were subsequently challenged in court. They survived only in northern New England, but between 1830 and 1860 the temperance movement reduced Americans' per capita consumption of alcohol.

Other reformers addressed the problems of prisons and care for the insane. Efforts were made to turn prisons, which stressed punishment, into penitentiaries where the guilty would undergo rehabilitation. In Massachusetts, Dorothea Dix led a struggle to improve conditions for insane persons, who were kept confined in wretched almshouses and prisons. After winning improvements in Massachusetts, she took her campaign to the South, where nine states established hospitals for the insane between 1845 and 1852.

Such social reforms brought many women to a realization of their own unequal position in society. From colonial times, unmarried women had enjoyed many of the same legal rights as men, although custom required that they marry early. With matrimony, women virtually lost their separate identities in the eyes of the law. Women were not permitted to vote. Their education in the 17th and 18th centuries was limited largely to reading, writing, music, dancing, and needlework.

The awakening of women began with the visit to America of Frances Wright, a Scottish lecturer and journalist, who publicly promoted women's rights throughout the United States during the 1820s. At a time when women were often forbidden to speak in public places, Wright not only spoke out, but shocked audiences by her views advocating the rights of women to seek information on birth control and divorce. By the 1840s an American women's rights movement emerged. Its foremost leader was Elizabeth Cady Stanton.

In 1848 Cady Stanton and her colleague Lucretia Mott organized a women's rights convention – the first in the history of the world – at Seneca Falls, New York. Delegates drew up a “Declaration of Sentiments,” demanding equality with men before the law, the right to vote, and equal opportunities in education and employment. The resolutions passed unanimously with the exception of the one for women's suffrage, which won a majority only after an impassioned speech in favor by Frederick Douglass, the black abolitionist.

At Seneca Falls, Cady Stanton gained national prominence as an eloquent writer and speaker for women's rights. She had realized early on that without the right to vote, women would never be equal with men. Taking the abolitionist William Lloyd Garrison as her model, she saw that the key to success lay in changing public opinion, and not in party action. Seneca Falls became the catalyst for future change. Soon other women's rights conventions were held, and other women would come to the forefront of the movement for their political and social equality.

In 1848 also, Ernestine Rose, a Polish immigrant, was instrumental in getting a law passed in the state of New York that allowed married women to keep their property in their own name. Among the first laws in the nation of this kind, the Married Women's Property Act encouraged other state legislatures to enact similar laws.

In 1869 Elizabeth Cady Stanton and another leading women's rights activist, Susan B. Anthony, founded the National Woman Suffrage Association (NWSA), to promote a constitutional amendment for women's right to the vote. These two would become the women's movement's most outspoken advocates. Describing their partnership, Cady Stanton would say, "I forged the thunderbolts and she fired them."

exemplified by Jackson's election was merely one phase of the long American quest for greater rights and opportunities for all citizens. Another was the beginning of labor organization, primarily among skilled and semiskilled workers. In 1835 labor forces in Philadelphia, Pennsylvania, succeeded in reducing the old "dark-to-dark" workday to a 10-hour day. By 1860, the new work day had become law in several of the states and was a generally accepted standard." data-share-imageurl=""> 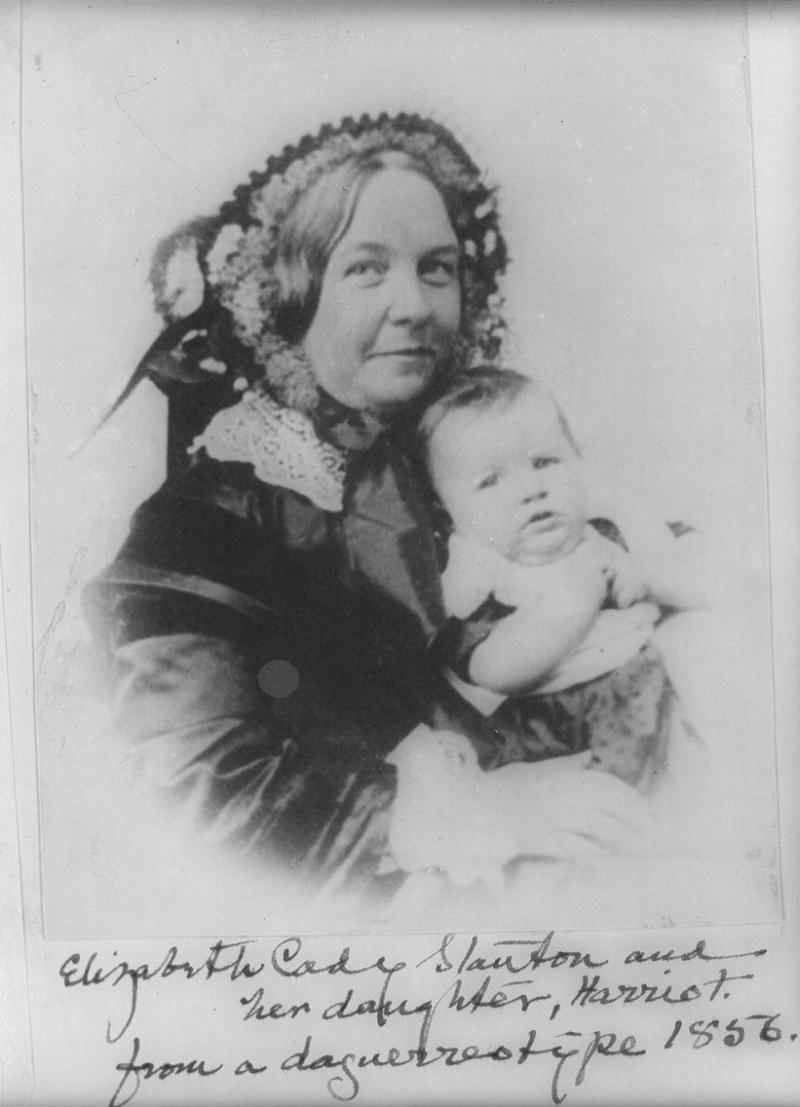 Elizabeth Cady Stanton with her daughter, Harriet, in 1856. 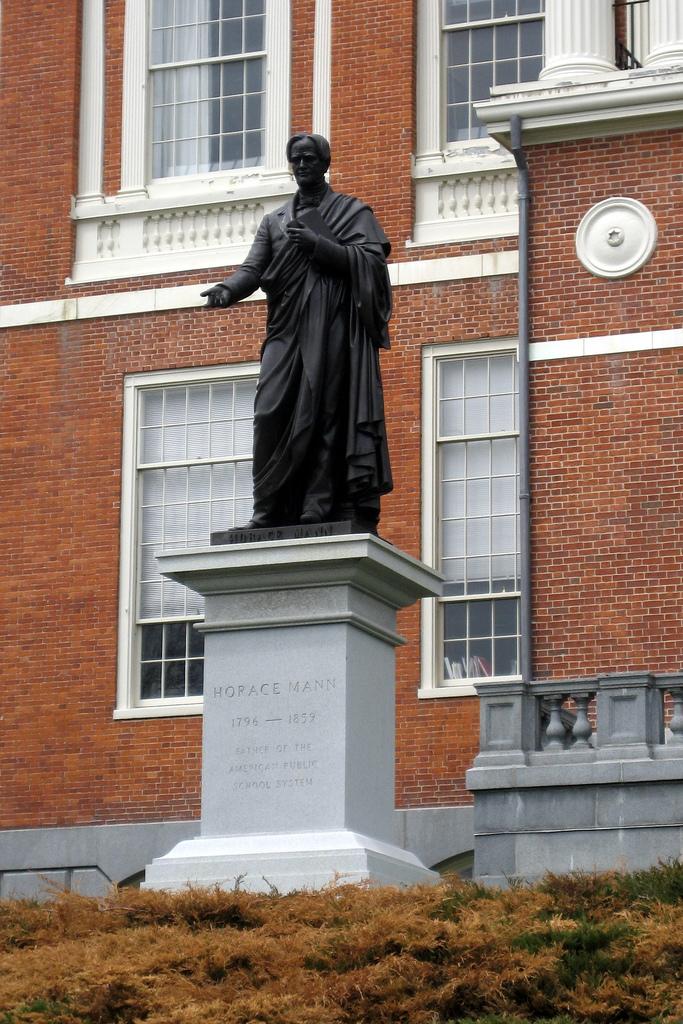 A statue of Horace Mann stands in front of the Massachusetts State House in Boston.