In the years before the Civil War, North Carolina’s farmers faced many problems. Many were illiterate, and an even larger number were just barely able to read and write. Farmers relied on oral tradition to determine when to plant or harvest crops or how to care for livestock, and constant cultivation robbed the soil of its fertility. Many planters used what we would consider today poor agricultural practices. Only a handful of wealthy planters experimented with "scientific" methods of farming. And practically no purebred animals existed within the state’s cattle and swine herds, which sought foods in unfenced forests and fields. This was a period before there were governmental agencies to help improve the state’s farms, and few agricultural journals existed, but some North Carolinians believed farming practices needed improvement.

The fair provided the state’s leading agriculturalists the opportunity to display to the average farmer their purebred livestock and superior crops produced by scientific methods. It gave space to agricultural implement dealers, who introduced North Carolina farmers to improved horse-drawn plows, cultivators, harrows, and harvesting equipment, and, after World War I, to motorized farm machinery. The fair helped to educate thousands of the state’s farmers about the value of using the methods of scientific agriculture to make improvements in sanitation, personal hygiene, and diet. One of the most significant changes at the fair between 1873 and 1925 was the development of the modern midway, with its shows and attractions, rides, games of skill and chance, and food concessions. In addition to the carnival on the midway, the fair offered North Carolinians a circus at the grandstand. By 1925 grandstand attractions included musical revues, jugglers and acrobats, trained animals, human cannonballs, motorcycle daredevils, and horse and automobile races. The fair had become part educational institution, part commercial festival, and part entertainment, and North Carolinians loved it. It was also becoming very expensive to operate.

Today, the fairgrounds hum with activity the entire year. Still, each October the ten-day-long exposition, carnival, and celebration of our agricultural heritage that we know as the North Carolina State Fair is attended by more than 700,000 people. And it remains the state’s oldest and most important annual celebration.

illiterate, and an even larger number were just barely able to read and write. Farmers relied on oral tradition to determine when to plant or harvest crops or how to care for livestock, and constant cultivation robbed the soil of its fertility. Many planters used what we would consider today poor agricultural practices. Only a handful of wealthy planters experimented with "scientific" methods of farming." data-share-imageurl=""> 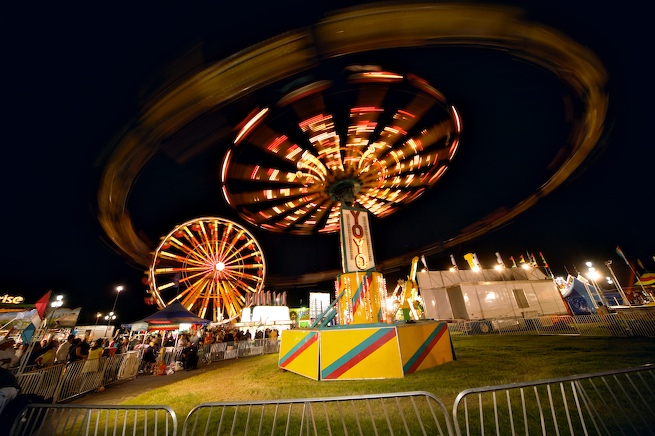 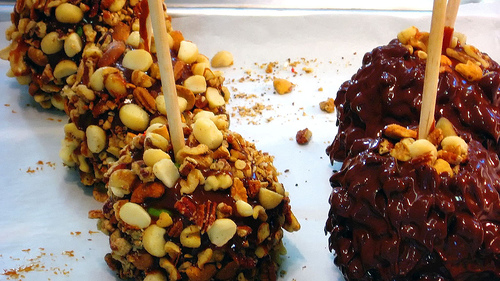 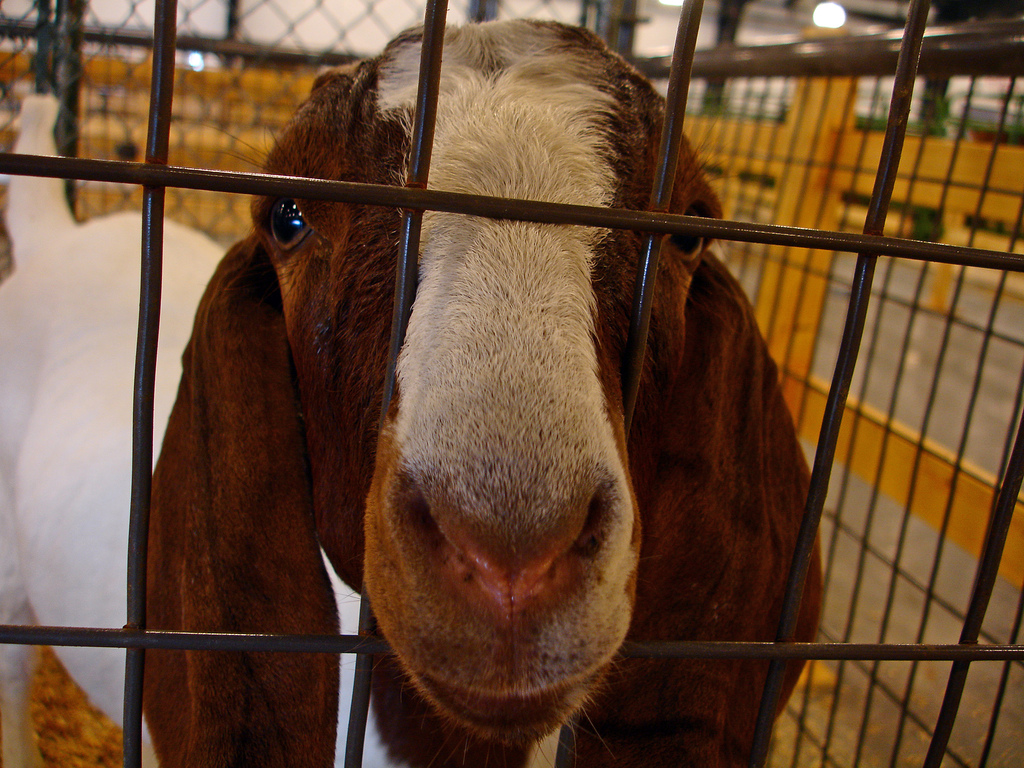 Although most visitors to the North Carolina State Fair today go for the rides and the food, at its core, the fair is still about livestock, crops, and handcrafts. 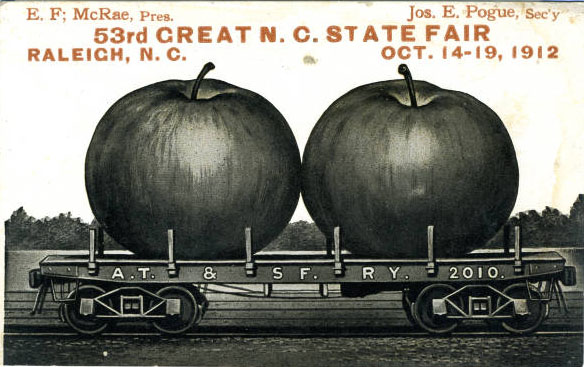 A postcard advertising the 1912 North Carolina State Fair shows a pair of giant apples aboard a railroad car.