By North Carolina Office of Archives and History, 2003

In the early twentieth century, Parrish Street in Durham constituted what today would be called an enterprise zone, propelled by the Bull City’s African American businessmen. Nationally recognized, the business district acquired the nickname “Black Wall Street.” The four-block area complemented the Hayti community just to the south, the principal residential district for black Durham residents and center of the city’s educational, cultural, and religious life. In a period when race relations elsewhere in North Carolina were at an all-time low, Durham’s black businessmen, with the tacit support (or tolerance, at any rate) of their white counterparts, made strides.

John Merrick, Dr. Aaron Moore, and C. C. Spaulding, the “Triumvirate” at the head of North Carolina Mutual Life Insurance Company, the nation’s largest black-owned insurance company, moved their headquarters in 1906 to Parrish, to be joined by Mechanics and Farmers Bank, founded by R. B. Fitzgerald and W. G. Pearson, in 1907. The Mutual leaders had other ventures, among them real estate and textiles. When W. E. B. Du Bois visited in 1912, he recorded an unparalleled level of black entrepreneurship, crediting the tolerant attitude of the city’s whites and writing “it is precisely the opposite spirit in places like Atlanta.” Booker T. Washington visited in 1910 and cited the ambition and thrift of the residents. Urban renewal in the 1960s had a destructive effect on Durham’s black business community, especially Hayti, but by that time the heyday of Parrish Street had passed.

W. E. B. Du Bois, “The Upbuilding of Black Durham: The Success of the Negroes and Their Value to a Tolerant and Helpful Southern City,” World’s Work (January 1912): 334-338—online at https://docsouth.unc.edu/nc/dubois/menu.html 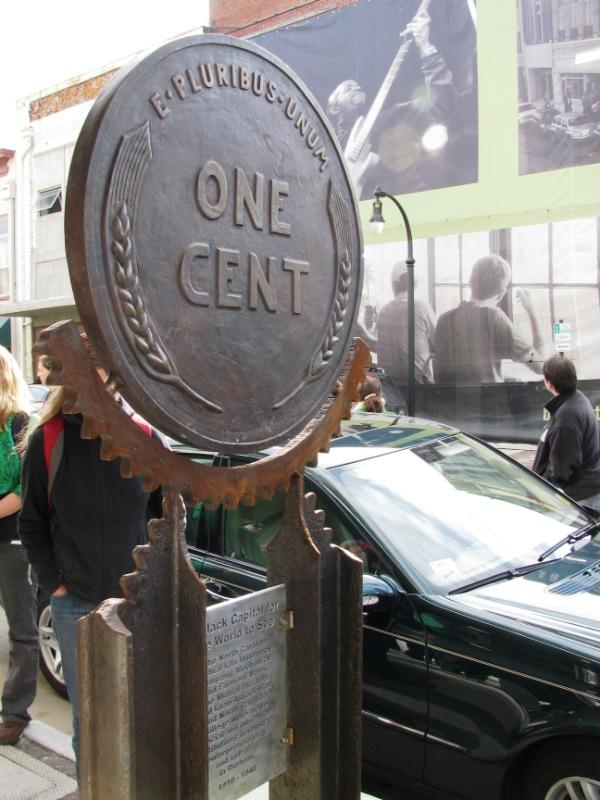 One in a series of historical markers on Parrish Street in Durham, North Carolina, commemorating the “Black Wall Street” district that thrived in the early twentieth century.