Good relations continued until the election of 1896, when the white Democrats lost control of state politics. A group of predominately white Populists and African American Republicans won political control of the state. The white Democrats promised to avenge their defeat at the hands of white Populists and African American Republicans in the election of 1898. Daniel Schenck, a Democratic party leader, warned, “It will be the meanest, vilest, dirtiest campaign since 1876” (the election that ended reconstruction in the South).

African American voters turned out in large numbers for the election of 1898. However, the Democrats who favored white supremacy stuffed the ballot boxes and won the election. Two days after the election, violence erupted into the "Wilmington Race Riot." About 500 white men had assembled at the armory, and Waddell lead them to the Daily Record office several blocks away. The crowd following Waddell grew to about 2,000 people as they moved across town. 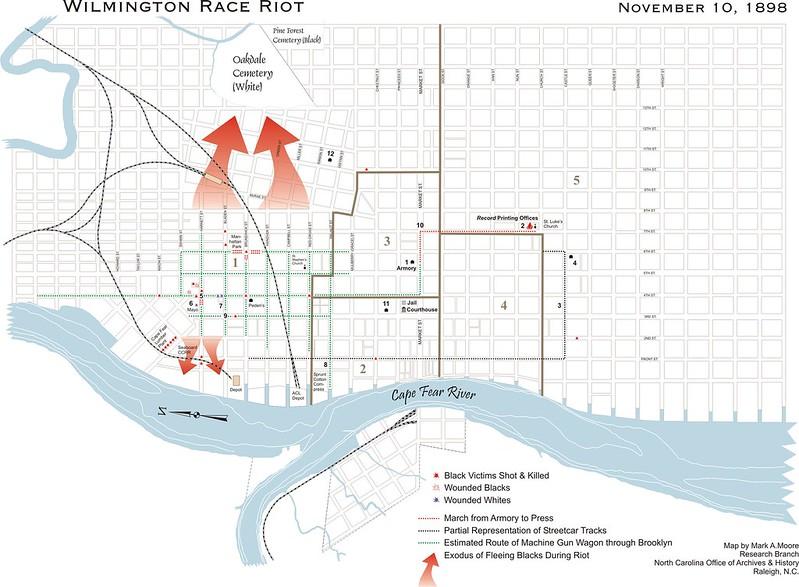 A contemporary map of the events that took place during the Wilmington Coup.

The Ghosts of 1898, Wilmington's Race Riot and the Rise of White Supremacy from the News and Observer, 2010.