The Vietnam War: A Timeline

The Indochinese Communist Party is formed. Ho Chi Minh is a founder.

Ho Chi Minh establishes the Viet Minh (the League for the Independence of Vietnam).

The First Indochina War begins, as the Viet Minh begin fighting against French colonial rule. Over the course of the war, they grow from small guerilla bands into a well-organized and equipped army.

China begins providing the Viet Minh with military advisors and weapons. In response, the United States pledges $15 million in military aid to France.

The Viet Minh defeat the French army in the Battle of Dien Bien Phu, forcing the surrender of most of the occupying troops. On July 21, France signs the Geneva Accord, a cease-fire that leads to the peaceful withdrawal of French troops from Southeast Asia. Vietnam is temporarily divided between North and South at the 17th parallel (17 degrees north latitude). The Viet Minh are to withdraw north of the line, while troops supporting France are to withdraw to the south. Elections are to be held in 1956 to reunify the country.

On October 26, South Vietnam declares itself the Republic of Vietnam, with its capital at Saigon and Ngo Dinh Diem elected president in rigged elections. Diem argues that South Vietnam was not a party to the Geneva Accords, and cancels the 1956 elections. The North remains under the control of Ho's Communists, with its government at Hanoi.

Communist guerillas begin an insurgency in South Vietnam, assassinating more than 400 South Vietnamese officials. Within a year, Communist forces have settled along the Mekong Delta.

Diem, a Catholic, has been intolerant of other religions and has tried to silence protests by Buddhist monks. In response, monks protest by setting themselves on fire in public places.

In November, with the tacit approval of the U.S., members of the South Vietnamese military overthrow Diem and execute him.

On August 2 three North Vietnamese boats allegedly fire torpedoes at the U.S.S. Maddox, a destroyer located in the international waters of the Tonkin Gulf. A second attack was alleged to have taken place on August 4, but government documents later showed that no second incident took place. On August 7, Congress passes the Gulf of Tonkin Resolution, authorizing President Lyndon Johnson to "take all necessary measures to repel any armed attack against forces of the United States and to prevent further aggression."

In March, the first U.S. combat troops arrive in Vietnam. By year's end, more than 200,000 U.S. troops are stationed there.

The first protests against the war are held, including a protest by veterans of World Wars I and II in New York City.

Secretary of Defense Robert McNamara calls the bombing campaign ineffective. The U.S. launches Operation Cedar Falls, a ground war effort involving 30,000 U.S. and South Vietnamese troops to destroy Vietcong operations and supply sites near Saigon. They discover a massive system of underground tunnels that had served as headquarters for the Vietcong.

In January, on the Vietnamese lunar new year (Tet), the North Vietnamese and Vietcong forces launch an attack on one hundred South Vietnamese cities and towns. Within days, U.S. forces recapture most areas. The "Tet Offensive" is a military defeat for Communists, but is a political victory, as Americans begin questioning the U.S. military's conduct of the war.

On March 16, U.S. soldiers kill hundreds of Vietnamese civilians in the town of Mai Lai.

His popularity plummeting, President Johnson announces that he will not seek re-election.

President Nixon approves "Operation Breakfast," covert bombing of Communist supply routes and base camps in Cambodia. The bombing continues for 14 months without knowledge of Congress or the American public.

Nixon's Secretary of Defense, Melvin Laird, announces a policy of "Vietnamization" in which the U.S. will gradually shift the burden of the war to the South Vietnamese army.

On November 13, the American public learns of the Mai Lai massacre. The news further turns opinion against the war. The Army has already charged Lieutenant William Calley, who led the attack, with murder. Calley will be convicted a year later.

In May, Ohio National Guardsmen open fire on a crowd of student protesters at Kent State University, killing four students and wounding eight others. Several of the protesters had been hurling rocks and empty tear gas canisters at the Guardsmen.

The North Vietnamese cross the demilitarized zone (DMZ) at the 17th parallel to attack South Vietnam in what will be known as the Easter Offensive.

On January 27, U.S. Secretary of State Henry Kissinger and Vietcong leader Le Duc Tho sign the Paris Peace Accords, an immediate cease-fire that will allow for U.S. withdrawal. Kissinger and Le are awarded the Nobel Peace Prize later in the year.

North Vietnam announces a renewal of the war.

North Vietnam launches a massive assault on South Vietnam. President Gerald Ford announces that for the U.S., the Vietnam War is "finished." On April 30, South Vietnam surrenders to Communist forces, and the last Americans evacuate Saigon.

Vietnam is unified under Communist rule as the Socialist Republic of Vietnam. The new government imprisons as many as a million people without trial for supporting the previous regime. Thousands of Vietnamese refugees, dubbed "boat people," flee in crowded and rickety boats, hoping to be permitted to reach other countries.

The Vietnam Veterans Memorial is dedicated in Washington, D.C.

The United States and Vietnam exchange ambassadors for the first time since the war, beginning a new era of cooperation between the two nations. 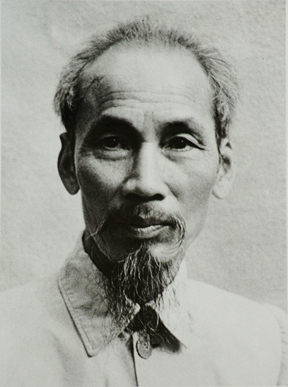 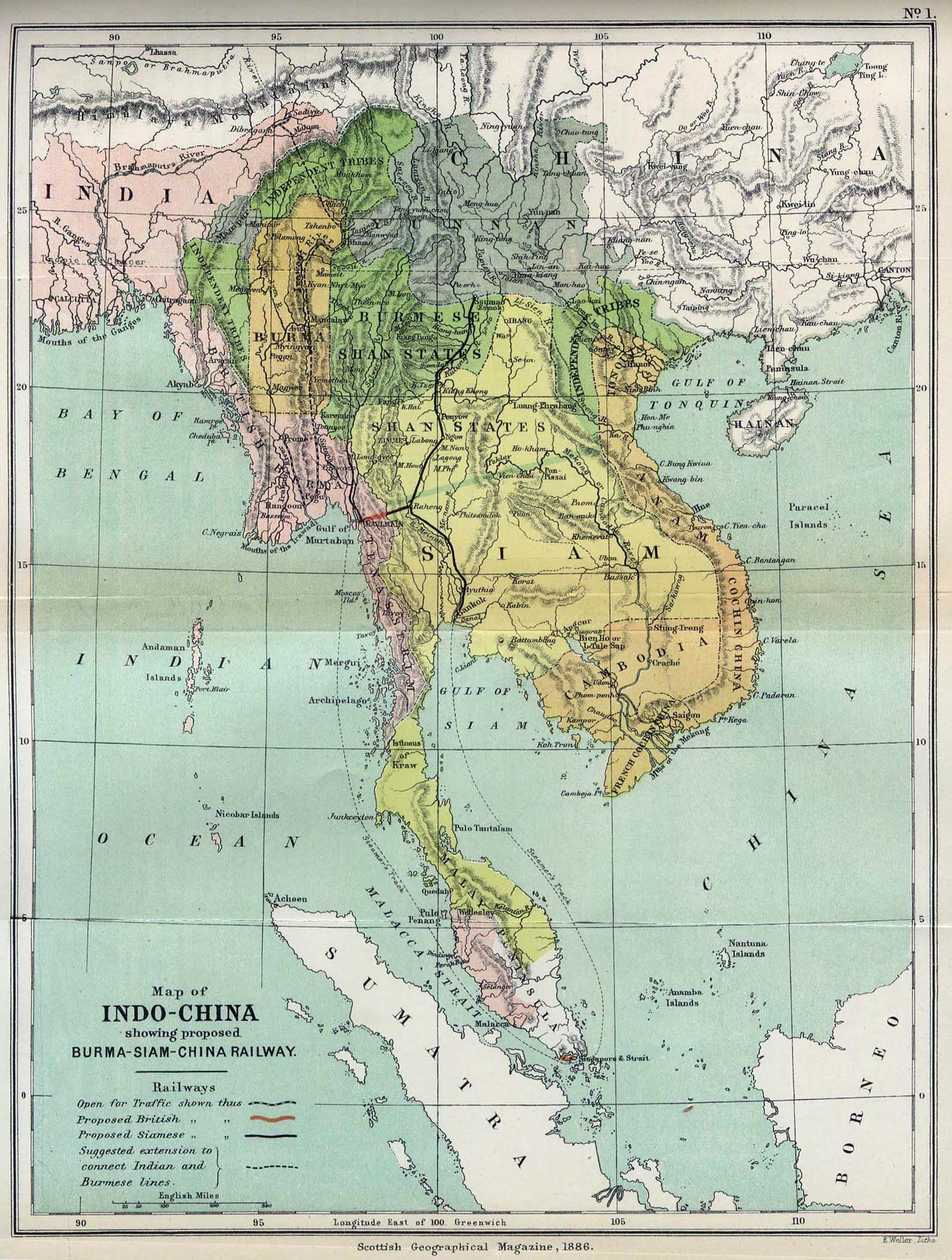 Map of Indochina in 1886 when Vietnam was known as Annam. 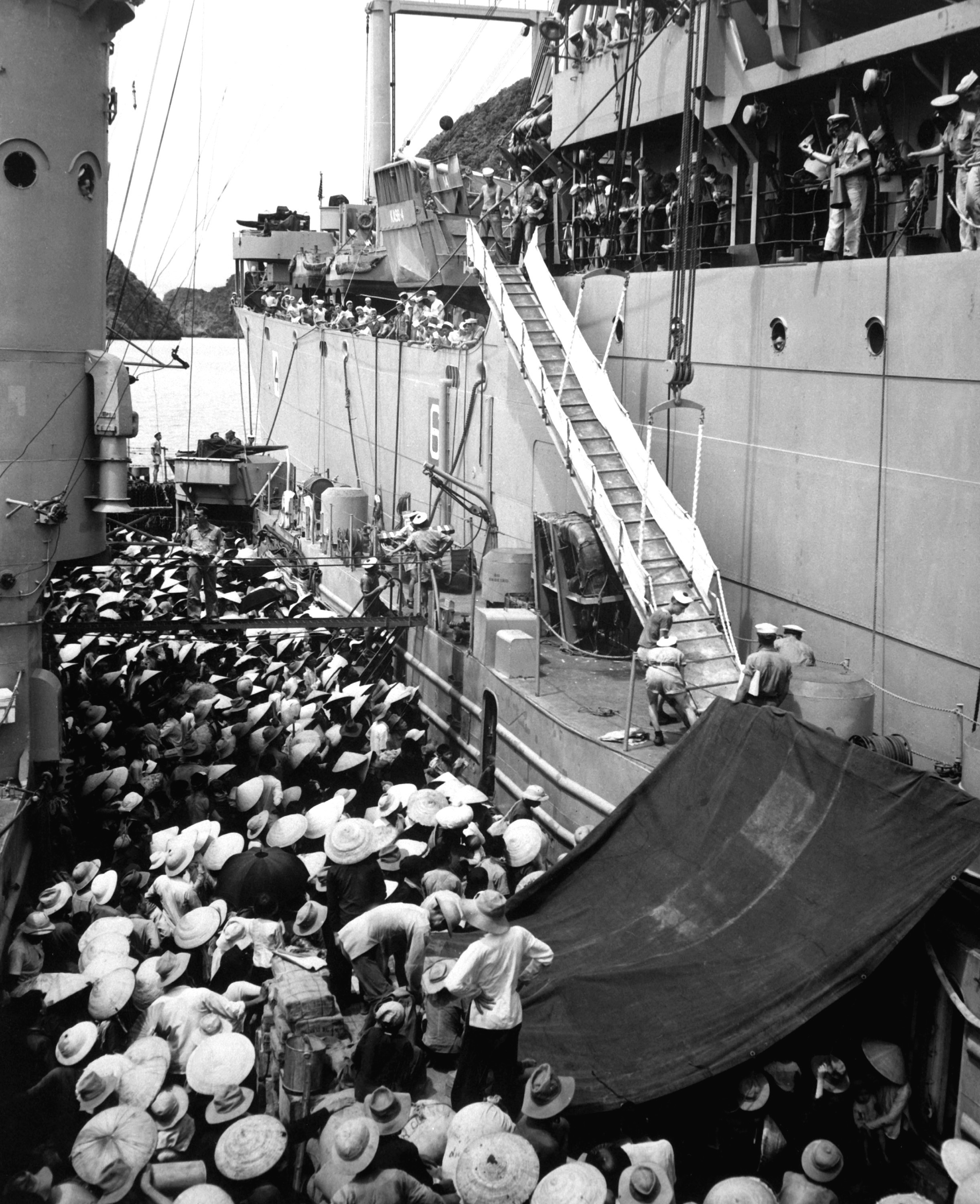 Anticommunist refugees flee Vietnam after the Geneva Accord. 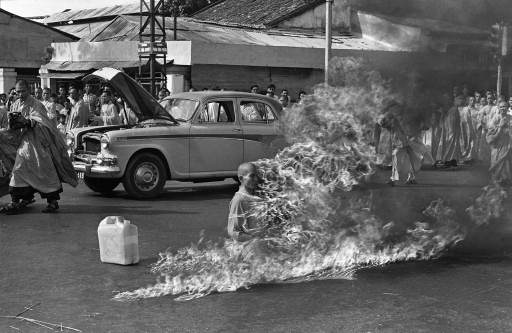 In this photograph by journalist Malcolm Browne, Buddhist monk Quảng Đức remains perfectly still as he is consumed by flame. 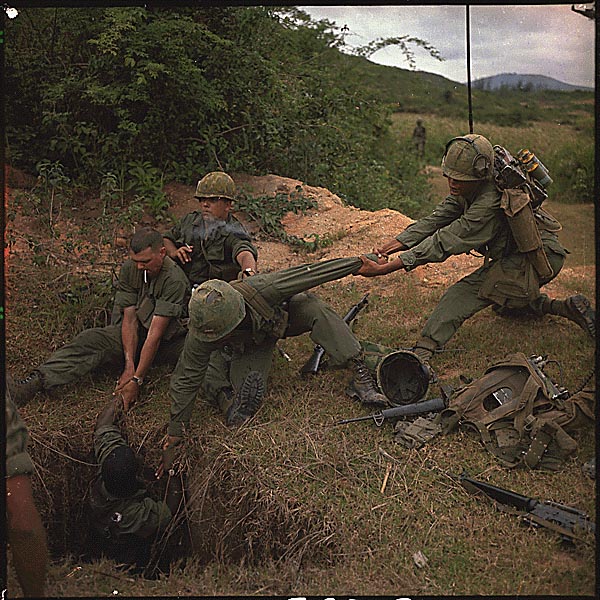 A soldier is lowered into an underground tunnel during a search-and-destroy mission, Operation Oregon. 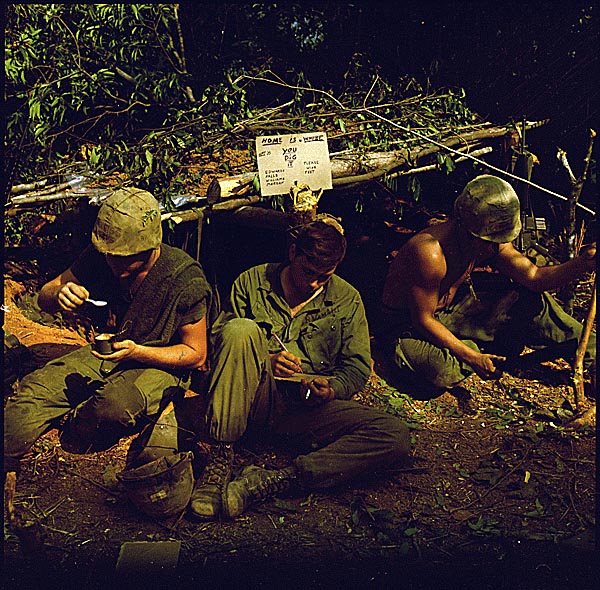 Fighting bunker with a handwritten sign, 'Home is where you dig it.' 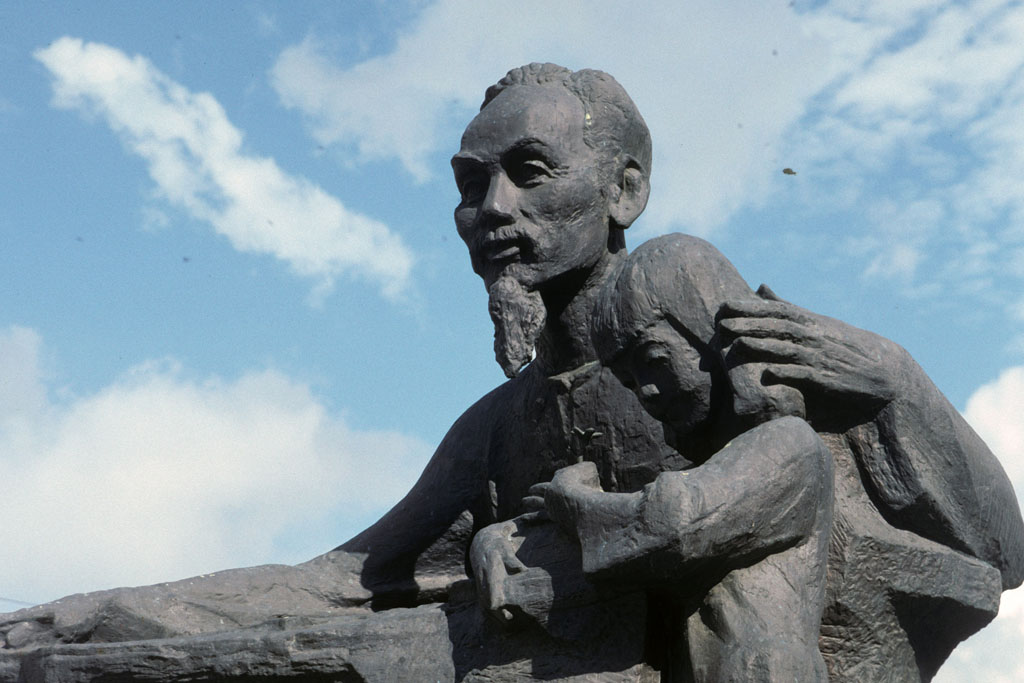 A statue of Ho Chi Minh in Saigon.