As you watch the documentary film, remember that it was filmed, produced, and intended to be viewed during the war, and that part of its goal was to boost American morale. In early 1942, Americans — still reeling from Pearl Harbor — feared a Japanese invasion of the west coast of the U.S., but the victory at Midway turned the tide. Think about why a film like this would have been important and how it would have been received back home.

The Battle of Midway, fought over and near the tiny U.S. mid-Pacific base at Midway atoll, represents the strategic high water mark of Japan’s Pacific Ocean war. Prior to this action, Japan possessed general naval superiority over the United States and could usually choose where and when to attack. After Midway, the two opposing fleets were essentially equals, and the United States soon took the offensive.

Japanese Combined Fleet commander Admiral Isoroku Yamamoto moved on Midway in an effort to draw out and destroy the U.S. Pacific Fleet’s aircraft carrier striking forces, which had embarrassed the Japanese Navy in the mid-April Doolittle Raid on Japan’s home islands and at the Battle of Coral Sea in early May. He planned to quickly knock down Midway’s defenses, follow up with an invasion of the atoll’s two small islands and establish a Japanese air base there. He expected the U.S. carriers to come out and fight, but to arrive too late to save Midway and in insufficient strength to avoid defeat by his own well-tested carrier air power.

Yamamoto’s intended surprise was thwarted by superior American communications intelligence, which deduced his scheme well before battle was joined. This allowed Admiral Chester W. Nimitz, the U.S. Pacific Fleet commander, to establish an ambush by having his carriers ready and waiting for the Japanese. On 4 June 1942, in the second of the Pacific War’s great carrier battles, the trap was sprung. The perseverance, sacrifice and skill of U.S. Navy aviators, plus a great deal of good luck on the American side, cost Japan four irreplaceable fleet carriers, while only one of the three U.S. carriers present was lost. The base at Midway, though damaged by Japanese air attack, remained operational and later became a vital component in the American trans-Pacific offensive. 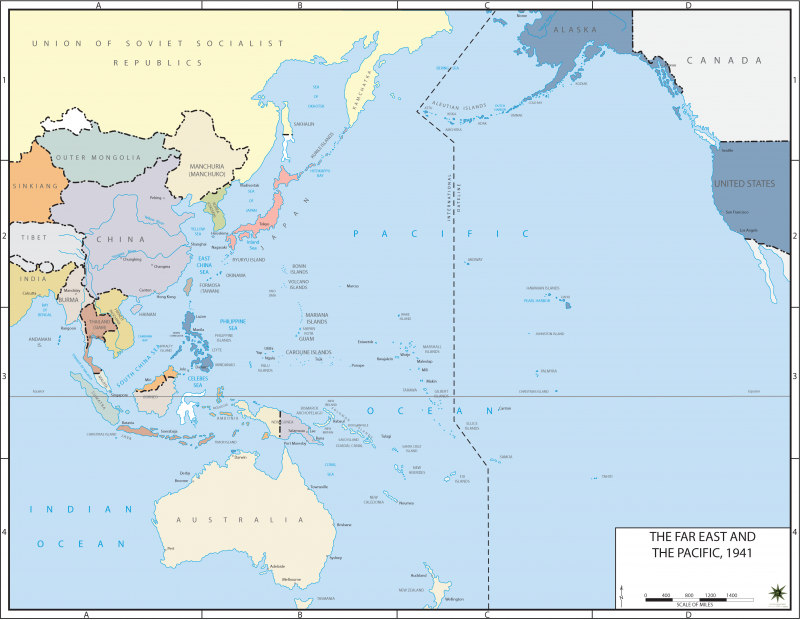 This map shows Midway’s location in the Pacific Ocean, about one-third of the way from Honolulu to Tokyo. 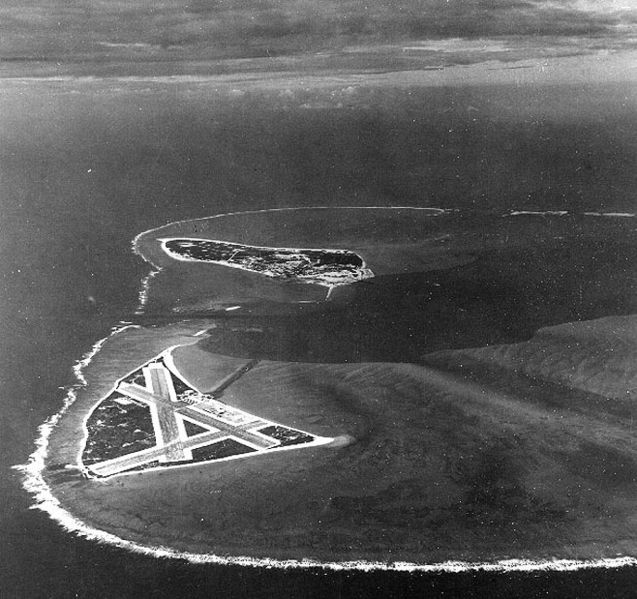 This black and white aerial view of Midway Atoll in the Pacific Ocean shows the runways of the airfield located on the island in the foreground. Today Midway is a National Wildlife Refuge.

Directed John Ford, a commander in the U.S. Naval Reserve. All of the footage is real, and Ford himself was wounded while filming the action with a hand-held camera.