The soldier of 1863 wore a wool uniform, a belt set that included a cartridge box, cap box, bayonet and scabbard, a haversack for rations, a canteen, and a blanket roll or knapsack which contained a wool blanket, a shelter half and perhaps a rubber blanket or poncho. Inside was a change of socks, writing paper, stamps and envelopes, ink and pen, razor, toothbrush, comb and other personal items. The amount of baggage each soldier carried differed from man to man. 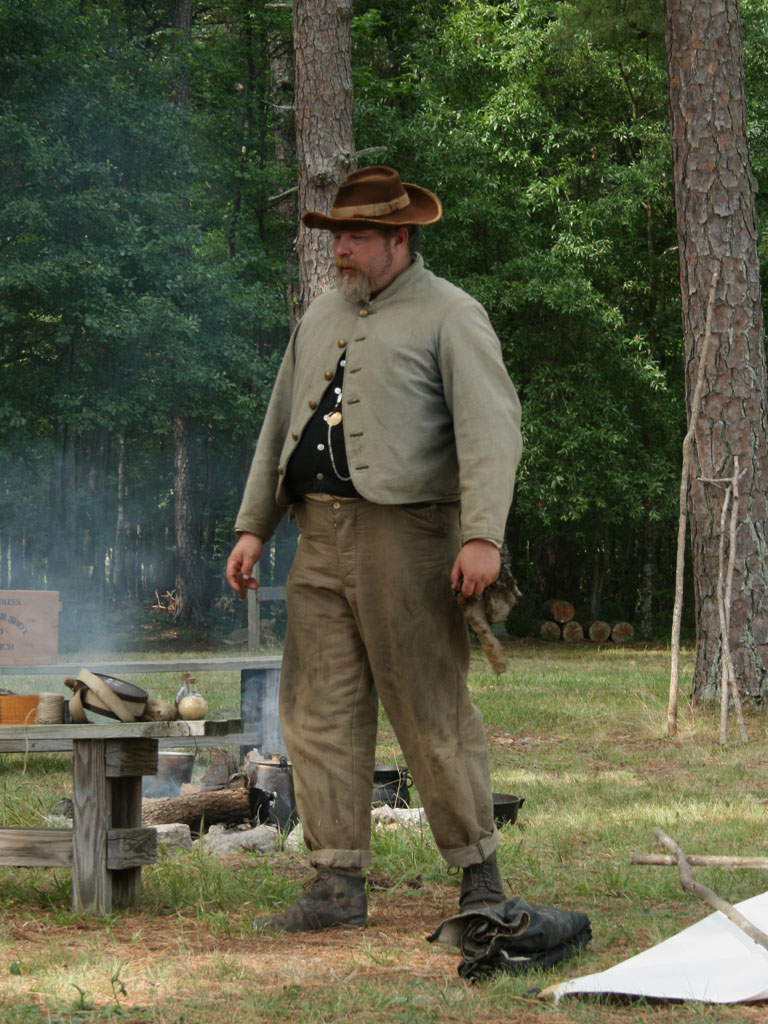 The southern soldier was highly regarded for traveling with a very light load basically because he did not have the extra items available to him that the northern soldier had. Southern uniforms were quite different from the northern uniforms, consisting of a short-waisted jacket and trousers made of "jean" cloth -- a blend of wool and cotton threads which was very durable. Dyed by different methods, the uniforms were a variation of greys and browns. Northern soldiers called Confederates "butternuts" because of the tan-grey color of the uniforms. Vests were also worn and were often made of jean material as well. Shirts and undergarments were universally of cotton material and often sent to the soldiers from home. Southern-made shoes were of very poor quality and difficult to obtain. Union uniforms were universally of better quality because of numerous mills throughout the north that could manufacture wool cloth and the steady import of material from Europe. The Union soldier's blouse and trousers were wool and dyed a dark blue until 1862 when the trouser color was altered to a lighter shade of blue. The floppy-crowned forage cap, made of wool broadcloth with a leather visor, was either loved or loathed, but universally worn by most soldiers in the Army of the Potomac. Each soldier would adorn his cap with brass letters of the regiment and company to which he belonged. Beginning in 1863, corps badges were designed for the different army corps and these were universally adopted for the top of the cap. Like their Confederate counterparts, most Union soldiers disdained the itchy wool flannel army shirt for cotton shirts and undergarments sent from home.

A Union Soldier's Uniform from the Civil War

The Life of a Civil War Soldier

In this reenactment video, an actor portraying a Union cavalry officer explains some of the many uniforms worn by soldiers in the Civil War.. 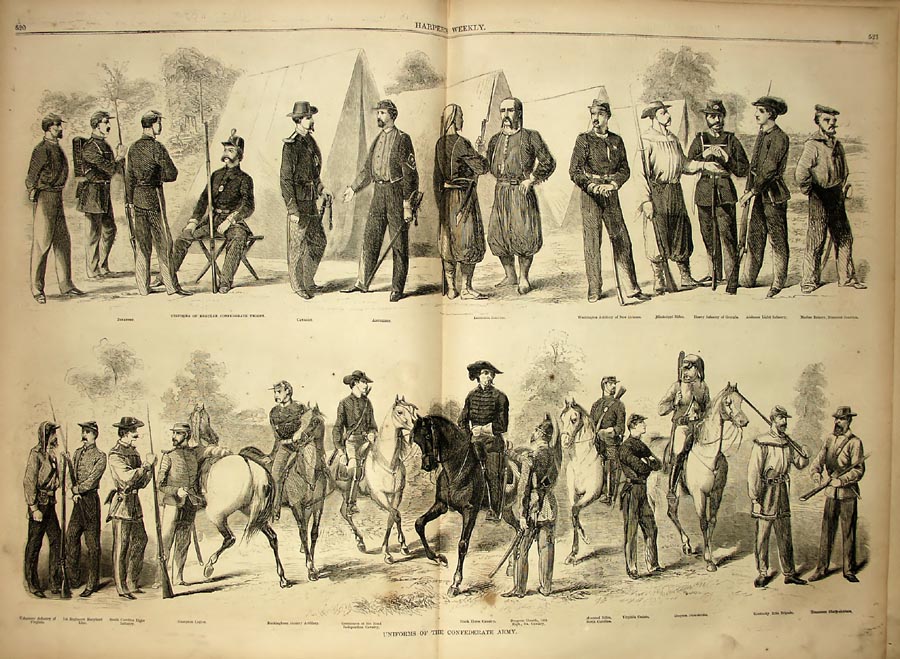