A Capital in the "Wilderness"

During the colonial period, North Carolina's legislature was reluctant to designate a fixed seat of government. As a result, legislative sessions were held in various locations throughout the state which required a great deal of travel on the part of the legislators. Numerous attempts were made to establish a capital, but none proved successful. Perhaps the most memorable attempt was put forth by Colonial Governor Arthur Dobbs. In 1758, the North Carolina legislature approved an act to purchase Dobbs' 850-acre plantation (located in what is now northeastern Lenoir County) to establish “George City” in honor of King George II. However, the British government did not approve the legislation and the city was never established.

Starting in 1766, New Bern served as the colony's seat of government, and Tryon Palace was constructed to serve as the Governor's residence. During the Revolution, however, the Palace was too much associated with royal government. Wary of invasion, the state government once again became migratory. In the years between 1715 and 1787, the legislature met at numerous locations throughout North Carolina including Queen Anne’s Creek, Edenton, Wilmington, Bath, New Bern, Kinston, Halifax, Smithfield, Hillsboro, Salem, Fayetteville, and Tarboro.

In 1787, the legislature voted that the Constitutional Convention (appointed to discuss the new federal constitution) should decide on the location of North Carolina's state capital. The Constitutional Convention resolved that the capital be within ten miles of Isaac Hunter's tavern in Wake County, and that the State Legislature was responsible for choosing the exact site. No further action was taken on this issue during the sessions from 1788 to 1791, because of opposition from those who claimed Wake County was "the wilderness" and could never develop into a city. In early 1792, advocates of the Wake County site finally garnered enough support within the General Assembly to establish a commission to identify land for the new city. The Assembly appointed another group to oversee the building of a state house for the new capital.

The commissioners gathered at Isaac Hunter's residence in March of 1792, but soon adjourned to the nearby home of State Senator Joel Lane. About ten days later they voted to purchase 1,000 acres of Lane's plantation for £1,378 to serve as the site for the new capital.

William Christmas, another senator and a surveyor by profession, drew the plan for Raleigh. Using a total of 400 acres, Christmas designated the axial center of the city as Union Square. It was composed of six acres and intended as the site of the future State House. The map described the square as "a beautiful eminence which commands a view of the town and fine prospect of the surrounding county." Flanking the corners of the center square were to be four four-acre squares or parks reserved for public purposes. These were named Caswell, Nash, Burke (for the state's first governors) and Moore (in honor of Attorney General Alfred E. Moore). The four main streets were named Halifax, New Bern, Fayetteville, and Hillsborough, judicial districts toward the north, east, south, and west. These streets ran from the four sides of Union Square; the other 17 streets were named for the remaining judicial districts, the points of the compass, the commissioners themselves, and several other prominent citizens, including the former owner of the land. The remaining 276 acres were marked off in one-acre lots to be sold at public auction, with the proceeds used to build the capital and other public buildings.

The name for the new capital was suggested by Governor Martin in honor of Sir Walter Raleigh, who was responsible for sending the first colonists to North Carolina.

by Christy Allen, State Library of North Carolina, in From Crossroads to Capital: The Founding and Early History of Raleigh, NC.

Tryon Palace in New Bern was too closely tied to royal government to serve as the capitol of an independent North Carolina. 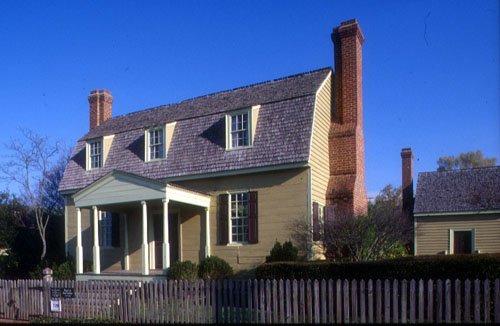 Joel Lane sold 1,000 acres of land to the state for the establishment of the state capital in Raleigh. His restored house, shown here, is located in what is now downtown Raleigh. 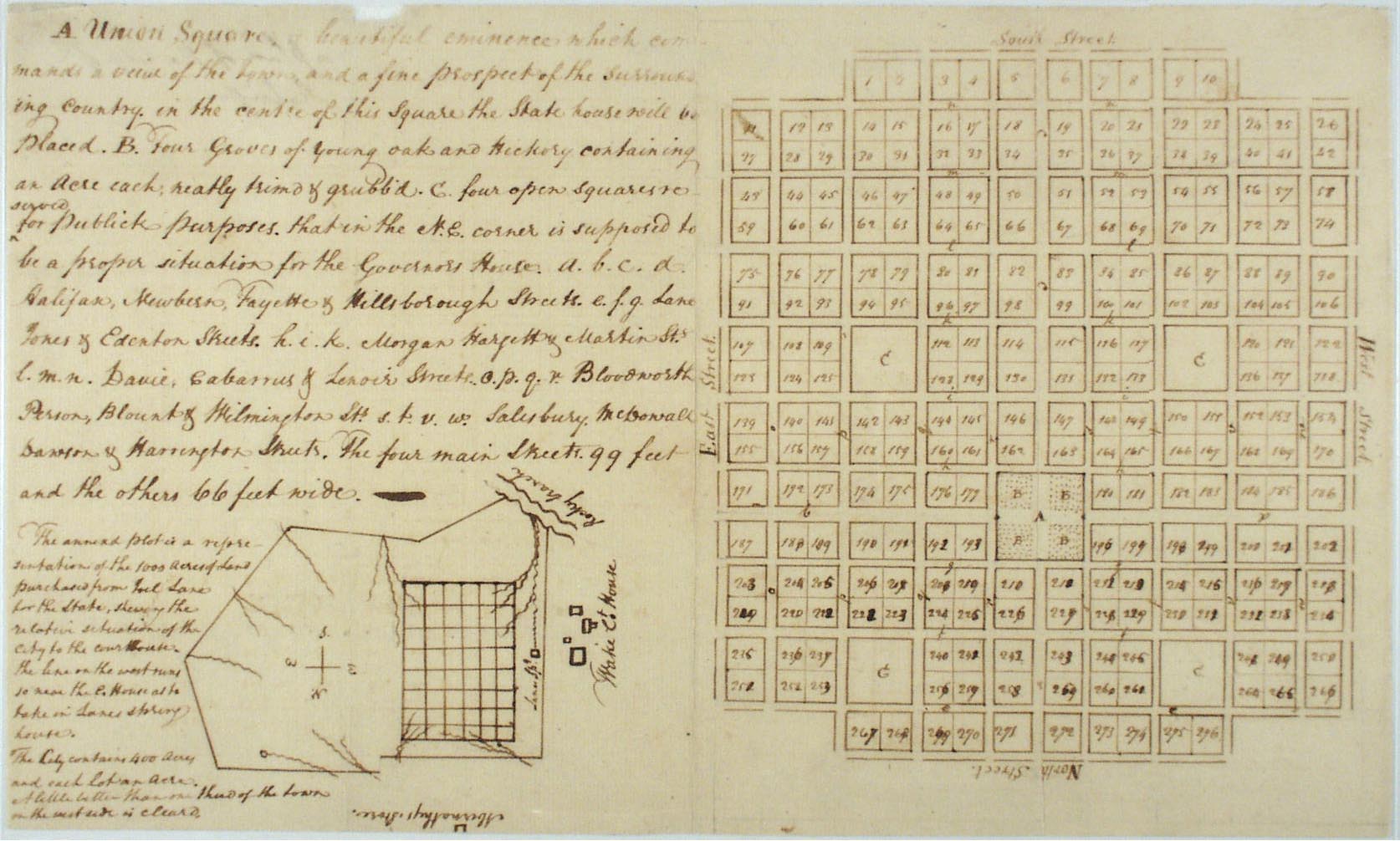 William Christmas' 1792 plan for the capital.