Edwin M. Holt, father of North Carolina Governor Thomas Holt and a pioneer of the Southern textile industry built his first cotton mill in Alamance County in 1837, on the banks of Alamance Creek. The early effort eventually produced the first colored fabrics south of the Potomac River, including the fabric design known as “Alamance Plaid.” Though there were already small mills in operation in Alamance, the growth of Holt’s mill is considered the beginning of the industrial development of the county. Holt and his heirs dominated the industrial life of Alamance for much of the next century.

Edwin Holt formed a partnership with his brother-in-law, William Carrigan, and, by 1849, the firm of Holt-Carrigan was running 1,350 spindles and twelve looms producing course cotton goods. In 1851, Carrigan sold his interested in the mill to Holt. The company expanded its holdings and production in the 1850s. Connecting with the emerging rail network in North Carolina, Holt began shipping textiles to the wholesale market in Philadelphia, in addition to the local market. Holt sold a secondary company to his son, Thomas, in the late 1850s. Thomas Holt then began production of a gingham cloth known as “Alamance plaid.” The colored cotton fabric was popular in the North and it gained the Holt mills a national reputation. During the Civil War, Holt’s company made money by supplying the Confederacy with textile goods.

The original factory was partially destroyed by fire in 1871 but the mill was repaired and continued operation until 1926. The Holt family, having acquired many more mills in the Carolina Piedmont, established an industrial dynasty in North Carolina, one which flourished for 89 years. Aside from Holt-Carrigan, the company’s various names included E. M. Holt and Company, E. M. Holt’s Sons, and the L. Banks Holt Manufacturing Company. Edwin M. Holt’s influence extended beyond the textile industry. He was a state legislator, an associate judge, and helped found the North Carolina Railroad. With his sons, Holt also established the Commercial Bank of Charlotte. He died in 1884. 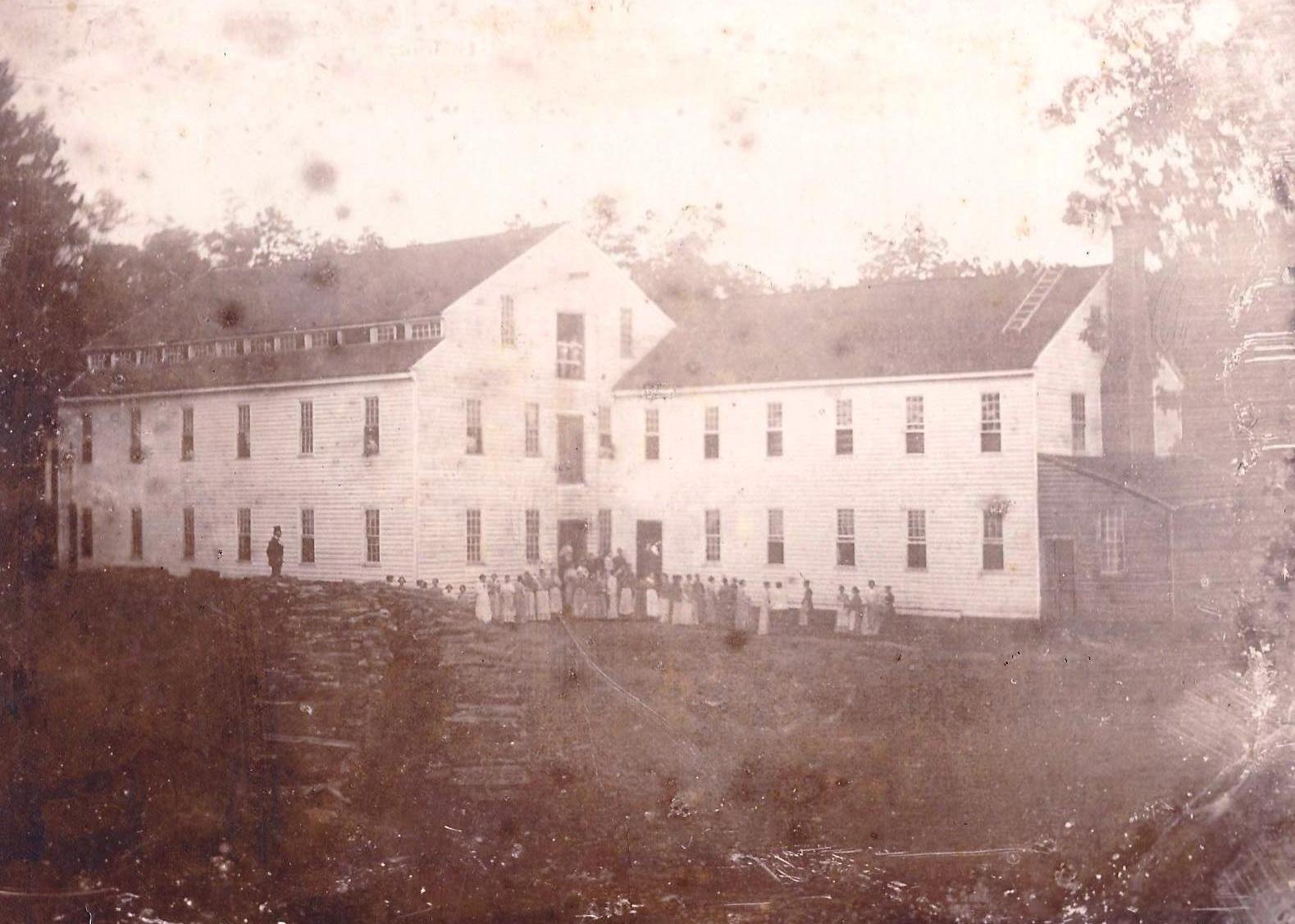 This photograph of Alamance Cotton Mill and workers was taken in 1837 shortly after its construction.

This example of Alamance Plaid was manufactured in 1853, the first year the plaid was produced.