During the war, canned goods were rationed, and labor shortages and gasoline rationing made it hard to harvest fruits and vegetables and get them to market. During the Depression, the U.S. Department of Agriculture (USDA) and state agricultural extension agencies had promoted gardening and canning as a way for people out of work to feed themselves. Now, the government stepped up those efforts, asking citizens to grow "Victory Gardens." Victory gardens allowed people in the United States to have a more reliable source of food. They also helped reduce stress on wartime rations and food for the overseas supplies. Victory gardens also allowed more Americans to feel connected to the war effort. If someone grew their own food to relieve ration and food stress on soldiers and the government, they had done something to support the war effort.

Extension agents developed programs to provide seed, fertilizer, and simple gardening tools for victory gardeners. Instructional booklets showed people how to grow and preserve their own food step by step. In 1942, the program's first year, about 15 million families planted victory gardens -- in backyards, in empty lots, and even on city rooftops. In 1943, 20 million victory gardens produced more than 40 percent of the fresh vegetables grown that year in the U.S. And to preserve the harvest, in 1943, Americans bought 315,000 pressure cookers for canning -- up from only 66,000 the previous year.

Plenty of Americans still lived on farms in 1942, or had grown up on farms. But residents of cities and suburbs wanted to do their part for victory, too -- or at least have enough vegetables for their families. Government agencies and private companies quickly developed ways to teach all these first-time gardeners.

Popular magazines ran articles about victory gardens and published instructions for first-time gardeners. By the end of the war, the victory garden was so much a part of popular culture that it even appeared in advertisements.

Cultivating for the Cause: Victory Gardens Till New Ground

from the Oregon Department of State

Victory Garden at the National Museum of American History

Victory Gardens
This U.S. Department of Agriculture film was produced to show Americans what it took to grow a successful victory garden -- and to convince them that it was worth the effort.

from the U.S. Department of Agriculture 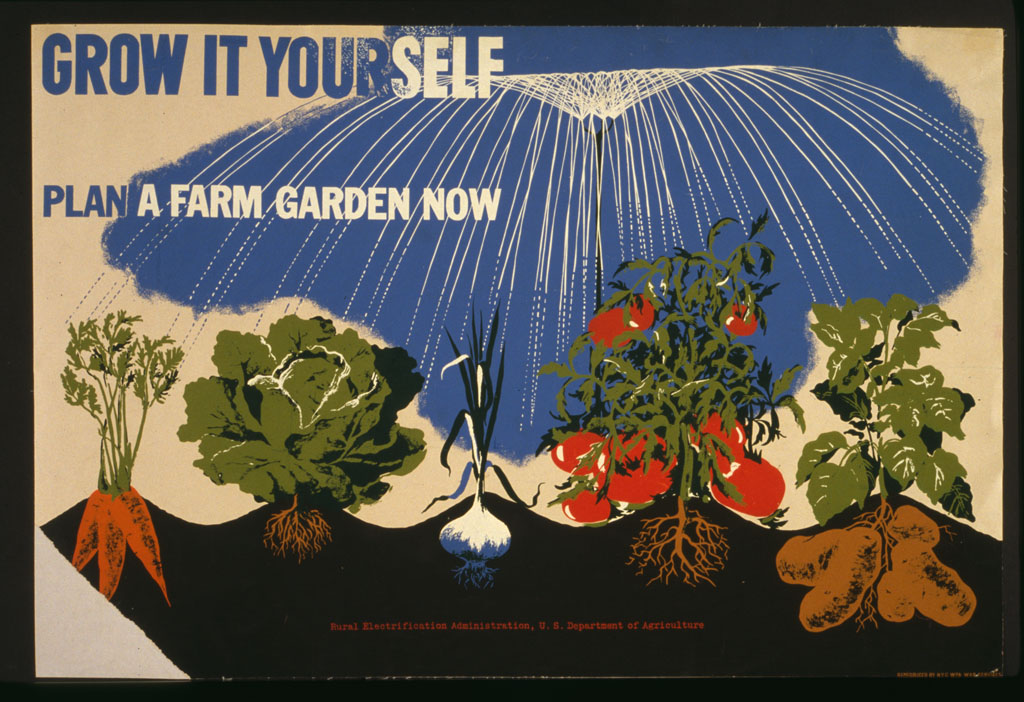 The USDA had promoted “farm gardens” during the Depression. When the U.S. entered the war, the government pitched gardening to urbanites, as well.

Victory Gardens at a Glance