The United States Government spent some $300 billion during World War II -- more than $4 trillion in today's money. Most of that money had to be borrowed. To finance the war, the government issued savings bonds. A savings bond is a way for an American citizen to invest money by lending it to the government; the bond can be redeemed, or cashed in, with interest after a given period of time. Savings bonds sold to pay for the war were popularly called "war bonds."

War bonds had been sold to finance American involvement in World War I, but World War II required the government to borrow unprecedented amounts of money. Over the course of the war, 85 million Americans purchased bonds worth a total of more than $180 billion. Children participated by buying stamps in small denominations. School and community groups participated in "bond drives." Celebrities appeared at rallies to sell bonds, and even record labels carried reminders to buy war stamps and bonds.

Savings bonds helped the war effort in another way, too. Because everyone was now working, everyone had money to spend -- as many hadn't during the Depression. But goods were scarce. If people had competed to buy scarce goods, prices could have skyrocketed. By convincing Americans that it was their patriotic duty to buy war bonds, the government kept inflation down during the war.

The U.S. Government marketed war bonds through posters and other forms of advertising, and businesses also worked pitches for war bonds into their own advertising. The collection of magazine advertisements promoting sales of war bonds during World War II from Duke University Libraries has more than 100 different examples.

The Federal Reserve's Role During WWII 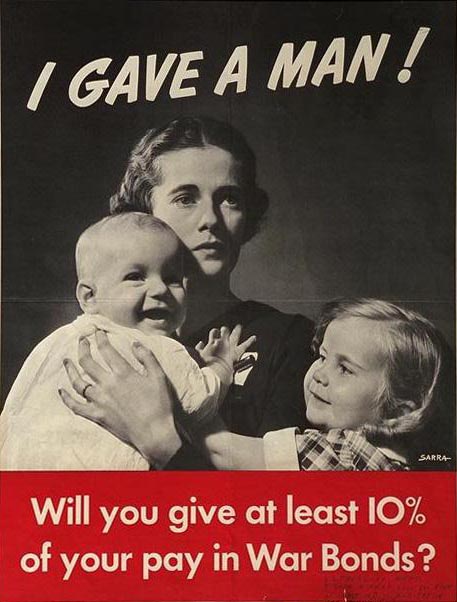 Government posters reminded Americans at home that the sacrifices asked of them were small compared to the price some had to pay for victory. 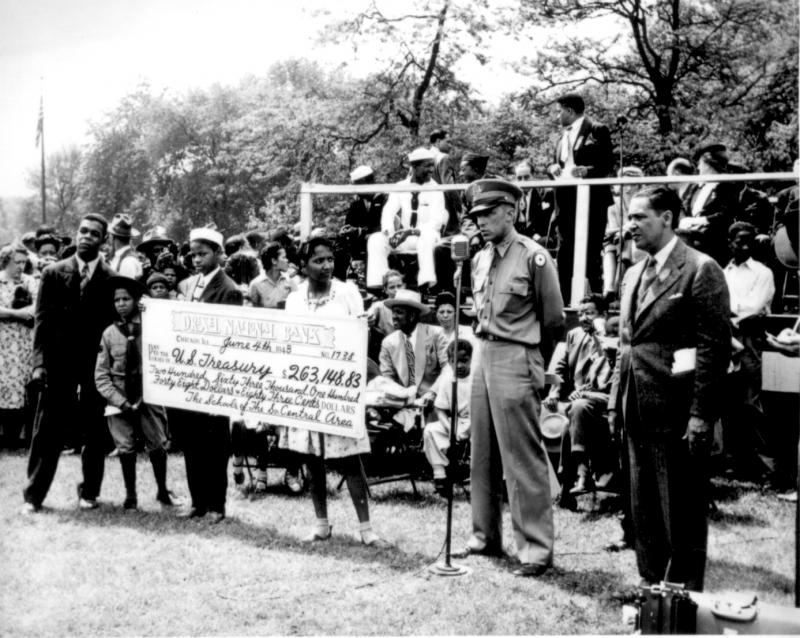 “I Sustain the Wings”: The Role of Performers in Selling War Bonds in World War II

from the American Battle Monuments Commission