In the 1830s and 1840s the United States was swept by what one historian has described as a ferment of humanitarian reform. Temperance, penal reform, women's rights, and the antislavery movement, among others, sought to focus public attention on social problems and agitated for improvement. Important among these reform movements was the promotion of a new way of thinking about and treating mental illness. Traditionally, the mentally ill who could not be kept with their families became the responsibility of local government, and were often kept in common jails or poorhouses where they received no special care or medical treatment. Reformers sought to create places of refuge for the insane where they could be cared for and treated. By the late 1840s, all but two of the original thirteen states had created hospitals for the mentally ill, or had made provision to care for them in existing state hospitals. Only North Carolina and Delaware had done nothing.

In North Carolina Dix followed her established pattern of gathering information about local conditions which she then incorporated into a "memorial" for the General Assembly. Warned that the Assembly, almost equally divided between Democrats and Whigs, would shy from any legislation which involved spending substantial amounts of money, Dix nevertheless won the support of several important Democrats led by Representative John W. Ellis who presented her memorial to the Assembly and maneuvered it through a select committee to the floor of the House of Commons. There, however, in spite of appeals to state pride and humanitarian feeling, the bill failed. Dix had been staying in the Mansion House Hotel in Raleigh during the legislative debate. There she went to the aid of a fellow guest, Mrs. James Dobbins, and nursed her through her final illness. Mrs. Dobbins's husband was a leading Democrat in the House of Commons, and her dying request of him was to support Dix's bill. James Dobbins returned to the House and made an impassioned speech calling for the reconsideration of the bill. The legislation passed the reconsideration vote and on the 29th day of January, 1849, passed its third and final reading and became law.

For the next seven years construction of the new hospital advanced slowly on a hill overlooking Raleigh, and it was not until 1856 that the facility was ready to admit its first patients. Dorothea Dix refused to allow the hospital to be named after herself, although she did permit the site on which it was built to be called Dix Hill in honor of her father. One hundred years after the first patient was admitted, the General Assembly voted to change the name of Dix Hill Asylum to Dorothea Dix Hospital. 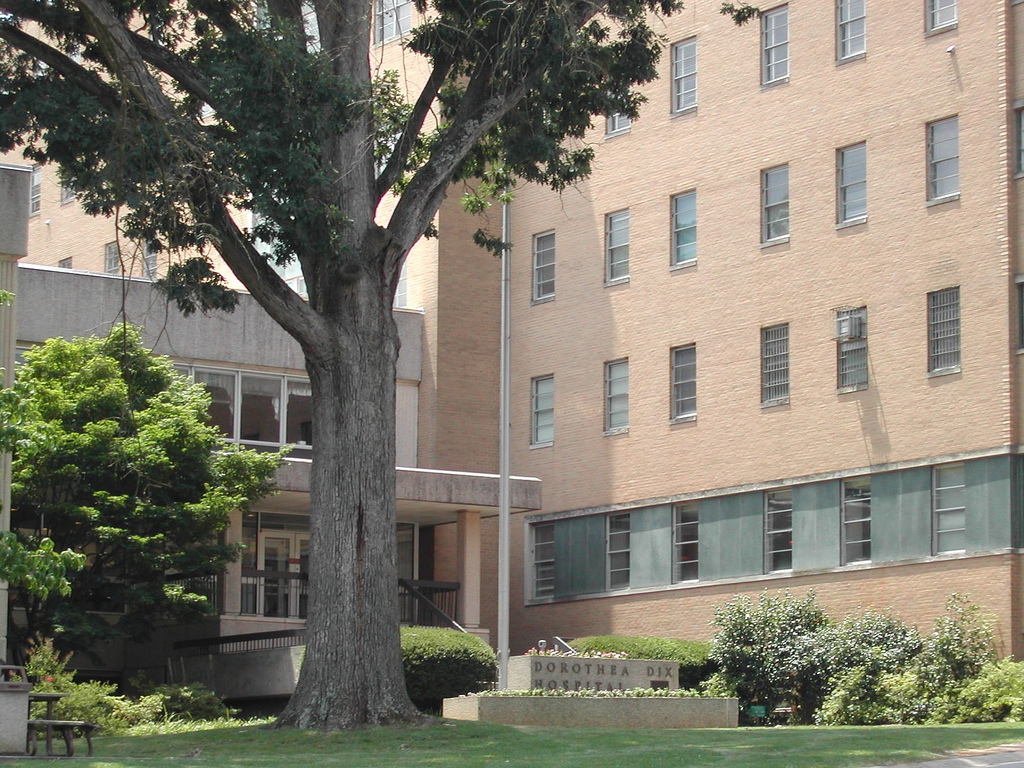 Today, Dix Hospital includes 120 buildings, has a staff of 1,300, and can accommodate more than 600 patients. 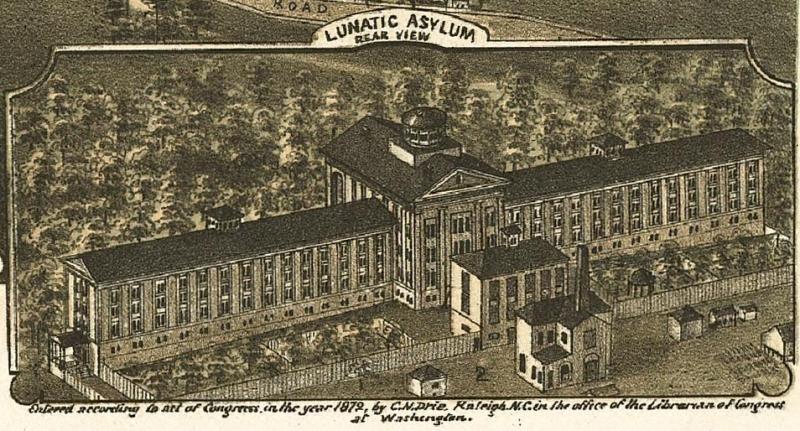