Today, North Carolina is a state of diversity and economic opportunity, but it has not always been this way. Throughout the 19th and early 20th centuries, North Carolina’s population was mostly white and the state was underdeveloped and unappealing to newcomers. Economic growth, government initiatives, and immigration have helped make North Carolina the state it is today.

In the early 1700s, there were a significant number of American Indians living across the state of North Carolina. Native groups such as the Tuscarora, Meherrin, and Saponi lived across the state, from the Appalachians to the greater Albemarle. North Carolina had one of the smallest colonial populations of the original 13 colonies. Most of its settlers were English migrants from Virginia who came south to settle along the Albemarle Sound. There was also a growing percentage of enslaved Black people, with slavery being most prevalent in the eastern part of the state. The slave trade was an example of forced immigration. With a few exceptions, this immigration pattern persisted until the 1730s.

During the 1730s, North Carolina became a more ethnically diverse colony. Governor Gabriel Johnston invited Highland Scots to settle in the Cape Fear River Valley in the 1730s. Moravians, a religious group from Germany, migrated to the Piedmont in 1753. The Scotch-Irish also began to settle in backcountry areas such as the Waxhaws. These arrivals brought new religions, languages, and cultural practices. These differences created a divide between the western backcountry and the English east. On their way west, newer groups also came in contact with large American Indian settlements of the Catawba and Cherokee. They often attacked and settled the land of these groups soon after contact.

North Carolina’s immigrant settlements caused its population to increase rapidly during the late 1700s. By the first census in 1790, North Carolina had nearly 400,000 residents and was the third most populous state in the newly formed United States of America . Twenty-five percent of North Carolinians counted by the 1790 census were enslaved, which was the fifth highest percentage of enslaved people in the thirteen states at the time.

North Carolina’s population and demographics changed little during the early 1800s. Known as the Rip Van Winkle state, North Carolina was a place that enterprising families moved away from rather than moving to. North Carolina barely gained population between 1830 and 1840. It went from having the third highest population in 1790 to having the twelfth highest by 1860. In the 1830s, government officials violently removed the Cherokee from North Carolina to Oklahoma, along with many other Cherokee from Georgia. Over 1,000 Cherokee died on what became known as the Trail of Tears, with thousands of others stricken by disease and all left without land. Immigration slowed as soil exhaustion and poor transportation led to fewer economic opportunities for white and free Black farmers. At the end of the 19th century, the population grew but immigration remained flat. This lack of immigration was clear in the state’s approach to industry. In other states, industry helped to attract immigrants from throughout Europe. But in North Carolina, industry relied on local workers instead of immigrant labor well into the twentieth century. Textile and furniture factories had almost no immigrants in their workforces.

The stagnation of immigration and population finally began to change in the 1890s when immigration began to increase. The state’s large cities attracted a number of diverse populations. Lebanese immigrants began to arrive in the 1890s. Greek and Italian immigration increased from the 1900s throughout the 1930s and 1940s.. By the 1960s and 1970s, the new government-sponsored Research Triangle Park drew to immigrants from Europe, Asia, and Africa. Morrisville is a prime example of this growth. The town went from having one Indian family in 1980 to an approximately 20% Indian population by 2014. Jobs in agriculture and industry brought Latino and Asian immigrants to the state in large numbers. Charlotte, the state’s largest city, has seen particularly high growth. The Hispanic population in the counties around Charlotte has grown by an average of 36% in the past ten years. The state has also seen an influx of migrants from the North and Northeast. These Americans, priced out of expensive Northern cities, arrive to take advantage of the state’s warm weather, central location, and lower cost of living.

Today, North Carolina is a vibrant, diverse, and growing state. It has the ninth largest population in the country and residents from 150 different countries call North Carolina home. As of 2020, over eight percent of North Carolinians were born in other countries. Some of these arrivals are from Latin America, East Asia, or South Asia, but many are from Canada and European nations. A large number speak English, although 11% of North Carolinians do speak a language other than English at home. The trend towards a more racially, ethnically, and linguistically diverse populace is expected to continue. Population forecasters expect Latino people to be 21.2% of the state’s population by 2030.

Ashley, Andrew Robert Patrick. “Should We Should We Stay or Should We Go?: A Study of Indian IT Migrants in Raleigh-Durham, North Carolina: Deciding to Stay in the United States or Return to India.” Master’s thesis, University of Kentucky, 2015. https://uknowledge.uky.edu/geography_etds/38/.

McGrath, Garrett. “People Are Moving to NC From Other States in Droves. Where Are They Coming From, and Why?” The Fayetteville Observer, August 9, 2021. https://www.fayobserver.com/story/news/2021/08/09/ncs-growing-population....

from the North Carolina Museum of History 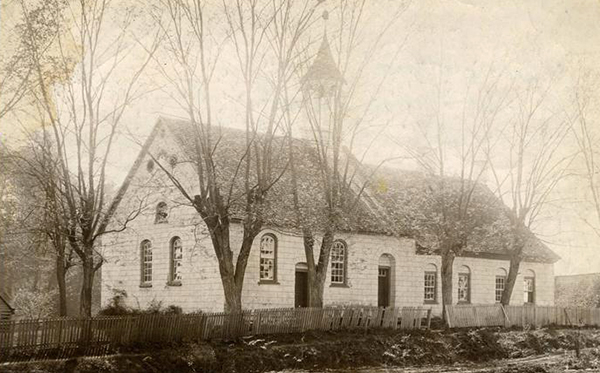 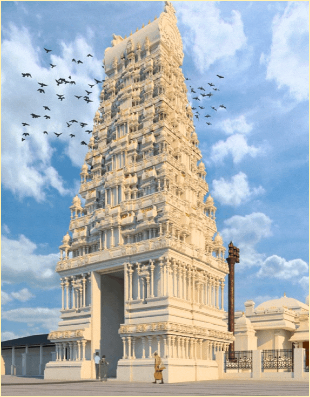 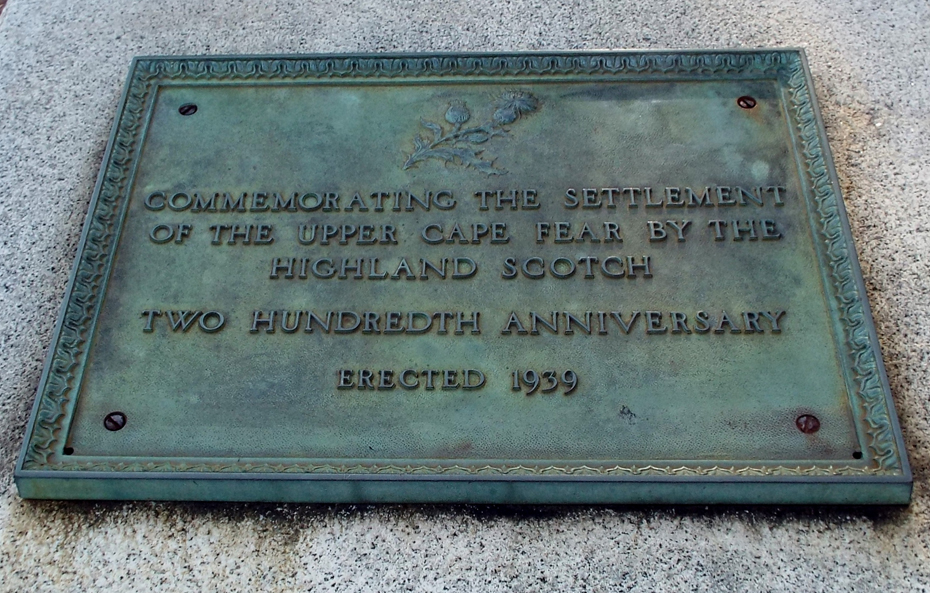 Monument dedicated to the Highland Scots that settled in North Carolina. Located in Fayetteville, NC.