The story of Carolina's first fifty years is one of turmoil -- political conflict, corrupt officials, unpaid taxes, incompetent proprietors, open rebellion, conflict with Natives, and rapacious pirates. But at the same time, the colonists were building a new society along the coast, with farms, towns, and quietly functioning local government. In 1729, North Carolina was taken over by the king, the turmoil quieted down, and for the next few decades, colonists enjoyed relative peace and stability.

Since the 1660s, the Proprietors had recognized that one governor and one assembly couldn't manage a colony as big as Carolina -- not when the settlements at Albemarle, Cape Fear, and Charles Town were so far apart and transportation up and down the coast was so difficult. In 1691, the Proprietors appointed a governor for all of Carolina and a deputy governor for its northern half, and this arrangement provided better administration. In 1712, North and South Carolina were officially divided.

The English government, though, was unhappy with its proprietary colonies. King and Parliament wanted taxes collected, colonists defended, and order maintained -- just as most residents of North Carolina did -- and they didn't believe that the various proprietors were managing their colonies properly. In 1719, South Carolina, which had more resources than North Carolina and was therefore more valuable to England, was taken back from the Proprietors and made a royal colony. While a proprietary colony was ruled by proprietors or owners in the king's place, a royal colony was ruled directly by the king. The king, or his officials, appointed the colony's governor and had the right to approve (or disapprove) its laws.

In 1729, seven of the eight Lords Proprietors agreed to sell their shares of North Carolina to King George II, and North Carolina, too, became a royal colony. One proprietor, though, held out: John Carteret, the descendant of Sir George Carteret, one of the original Lords Proprietors. Carteret continued to own one-eighth of the colony's land, though he had no say in its government. Carteret would later inherit the title Earl Granville, and the management of his land, known as the Granville District, would cause problems for colonists later on.

Now that the king's officials appointed provincial governors, North Carolina's government became more stable and effective after 1729. But many precedents had been established during the years of chaos that would continue to define the colony. The Assembly had gained a great deal of power at the expense of weak governors, and would keep that power throughout the colonial period. County and town governments, and especially courts, were what most people relied on and had the most contact with. North Carolinians had come to rely on themselves and on local officials whom they knew and trusted, and they had come to associate high-level officials with incompetence and corruption -- an association they would keep throughout the eighteenth century.

In 1729, North Carolina had about 36,000 inhabitants, most of whom lived in the Albemarle region. Small towns, many of which were too small to be incorporated, had become the focus of local government, where courts were held. When towns grew larger and were incorporated, gaining their own municipal governments, they became homes to merchants and craftspeople and centers for further settlement. Settlement gradually spread down the coast, reaching the Cape Fear by the mid-1720s. Most people continued to live in rough, poor conditions, but they seem to have been relatively content.1

By the 1740s, settlers were arriving in the Piedmont from Europe or from northern colonies, bringing with them new cultures, languages, and religions. And as the economy of the more established Coastal Plain grew, colonists began to import more slaves from Africa. Those developments are the story of the next two chapters.

rapacious pirates. But at the same time, the colonists were building a new society along the coast, with farms, towns, and quietly functioning local government. In 1729, North Carolina was taken over by the king, the turmoil quieted down, and for the next few decades, colonists enjoyed relative peace and stability." data-share-imageurl=""> 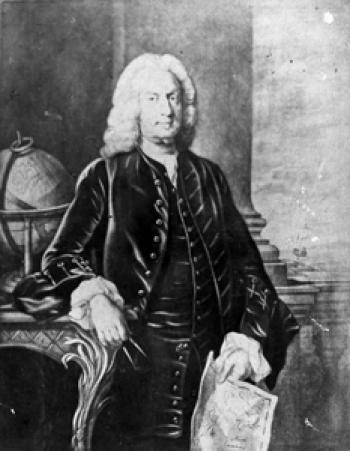 Arthur Dobbs, one of five royal governors of North Carolina, served from 1754 to 1764. For much of his term in office, he was able to serve the interests of the Crown and keep colonists happy, as well. 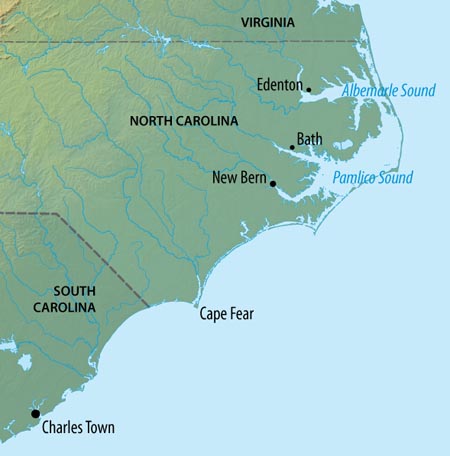