Madge Hopkins attended segregated schools in Charlotte, North Carolina. She remembers hearing about Dorothy Counts, a young woman she knew through church, becoming one of the first four students to desegregate Charlotte’s schools. Counts struggled with verbal and physical harassment: Her brother’s car windshield was broken when he picked her up from school, she was taunted on a daily basis, and her family received many threats of violence. The harassment continued for weeks, and Counts’ parents decided to withdraw her from school to protect her safety.

Sheila Florence was one of the first students to desegregate schools in Chapel Hill, North Carolina. When she began attending Chapel Hill Junior High School in 1962, she endured hurtful treatment from her white classmates, who refused to sit by her, used racial slurs, and threw spitballs at her. Here, Ms. Florence remembers her first day of integration.

Daisy Bates was a civil rights activist and the head of the state chapter of the NAACP. She served as advisor to the Little Rock Nine, nine black students who enrolled at the all-white Central High School in Little Rock, Alabama in 1957. She helped the students cope with the harassment they suffered from white students by organizing daily after school meetings at her home where the students could talk about their frustrations and learn the non-violence strategies practiced by Martin Luther King, Jr. Here, Ms. Bates recalls Minnijean Brown, one of the nine, being expelled for fighting back against students who taunted her. After leaving Central, Minnie was enrolled in and graduated from an integrated school in New York. 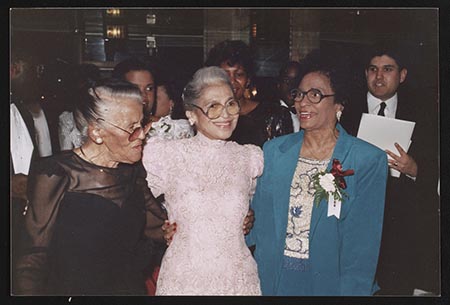 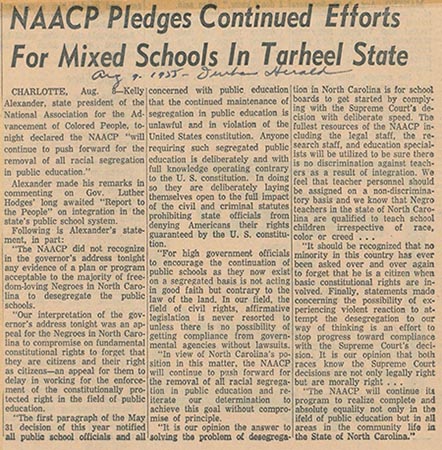 Click on the above image to view articles related to school desegregation in North Carolina.