Based only on their racial identity, Japanese American people were suspected of leaking military intelligence and acting as agents of espionage in favor of Japan. Pressure from the War Department ultimately persuaded the other cabinet members and eventually President Franklin Roosevelt to sign Executive Order 9066 on February 19, 1942. This order allowed the U.S. military to create “military areas” in which anyone could be removed for any reason without due process or motive. While no nationality or race was stated in the text, this order was almost exclusively used to remove and relocate Japanese Americans. Other immigrants like the Aleut (native people of Alaska), and German and Italian immigrants were also subject to relocation and imprisonment, though on a much smaller scale than Japanese Americans. Lieutenant General John L. DeWitt of the Western Defense Command announced that only Japanese American people were subject to curfews under the order. These curfews were backed by threats of imprisonment and fines if Japanese Americans did not follow them. On March 2, 1942, DeWitt issued Public Proclamation No. 1 which created Military Areas Numbers 1 and 2. Military Area Number 1 included the western portion of California, Oregon and Washington, and part of Arizona while Military Area Number 2 included the remaining area of these states. These areas, under the powers of Executive Order 9066 issued on February 19, 1942, stated that no civilian could occupy these zones, though that would ultimately only apply to Japanese American people.

On March 18, 1942, the federal government created the War Relocation Authority (WRA) under Executive Order 9102 with the intent to “take all people of Japanese descent into custody, surround them with troops, prevent them from buying land, and return them to their former homes at the close of the war.” By March 31st, the process of relocating and imprisoning Japanese Americans living on the West Coast had begun. Anyone living in the United States with Japanese ancestry of 1/16 or more was subject to removal or relocation. The WRA informed 122,000 Japanese American people that they were to report to certain locations to determine their relocation and internment destinations. These orders were given directly to families while notices were also placed around neighborhoods, particularly those with large populations of people with Japanese descent such as those in San Francisco. People were told they had four (or in some cases six) days to gather any belongings they could carry and settle any affairs. This included being forced to sell some or all property that they owned. In many cases, white investors took advantage of the situation and bought these Japanese-owned properties and belongings for a fraction of their market prices. None of the people forced to relocate were charged with any crimes. Many of those relocated were older people, people with disabilities, or children. They were nonetheless still removed from their homes, relocated, and held prisoner by the WRA for the duration of the war. 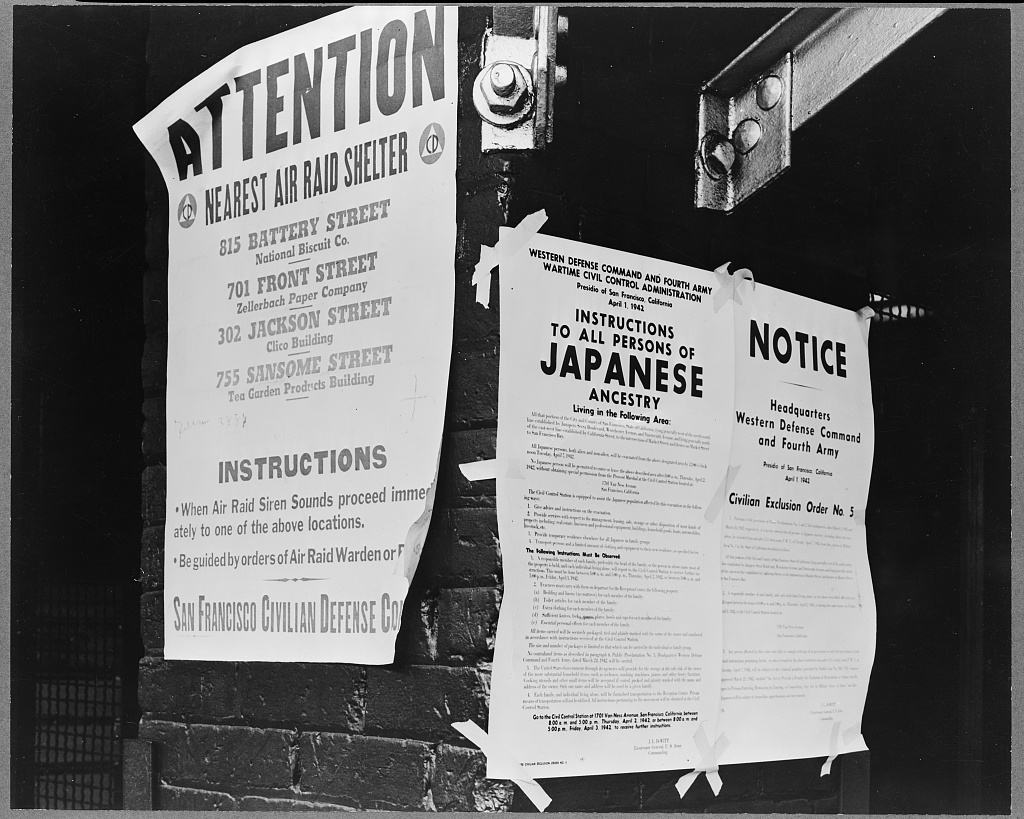