The Invention of the Telegraph

Long before Samuel F. B. Morse electrically transmitted his famous message "What hath God wrought?" from Washington to Baltimore on May 24, 1844, there were signaling systems that enabled people to communicate over distances. Most were visual or "semaphore" systems using flags or lights. In the eighteenth century, such systems used an observer who would decipher a signal from a high tower on a distant hill and then send it on to the next station. The young American republic wanted just such a system along its entire Atlantic coast and offered a prize of $30,000 for a workable proposal. The framers of this legislation had no way of knowing that when they used the word "telegraph" to refer to this visual semaphore system, they would be offered an entirely new and revolutionary means of communication -- electricity.

The growth of an idea

The idea of using electricity to communicate over distance is said to have occurred to Morse during a conversation aboard ship when he was returning from Europe in 1832. Michael Faraday's recently invented electromagnet was much discussed by the ship's passengers, and when Morse came to understand how it worked, he speculated that it might be possible to send a coded message over a wire. While a student at Yale College years before, he had written his parents a letter about how interesting he found the lectures on electricity. Despite what he had learned at Yale, Morse found when he began to develop his idea that he had little real understanding of the nature of electricity, and after sporadic attempts to work with batteries, magnets, and wires, he finally turned for help to a colleague at the University of the City of New York, Leonard D. Gale.

Gale was a professor of chemistry and familiar with the electrical work of Princeton's Joseph Henry, a true pioneer in the new field. Well before Morse had his shipboard idea about a telegraph, Henry rang a bell at a distance by opening and closing an electric circuit. In 1831, he had published an article, of which Morse was unaware, that contained details suggesting the idea of an electric telegraph. Gale's help and his knowledge of this article proved crucial to Morse's telegraph system because Gale not only pointed out flaws in the system but showed Morse how he could regularly boost the strength of a signal and overcome the distance problems he had encountered by using a relay system Henry had invented. Henry's experiments, Gale's assistance, and, soon after, hiring the young technician Alfred Vail were keys to Morse's success.

By December 1837, Morse had enough confidence in his new system to apply for the federal government's appropriation, and during the next year he conducted demonstrations of his telegraph both in New York and Washington.

However, when the economic disaster known as the Panic of 1837 took hold of the nation and caused a long depression, Morse was forced to wait for better times. It was during this period that Morse visited Europe again and tried not only to secure patent protection overseas but to examine competing telegraph systems in England. After meeting Charles Wheatstone, the inventor of one such electric telegraph system, Morse realized that although his main competitor had built an ingenious mechanism, his own system was far simpler, more efficient, and easier to use.

Morse felt very confident. His system used an automatic sender consisting of a plate with long and short metal bars representing the Morse code equivalent of the alphabet and numbers. The operator slid a pointer connected to a battery and the sending wire across the bars, and immediately the appropriate dots and dashes were sent over the line. The receiver used an electromagnet with a stylus (a pen-like instrument) on the end of an arm. When the magnet operated, the stylus made an impression or tiny dent in a paper tape which wound past a clockwork motor. The tape was then read by the operator.

By 1843, the country was beginning to recover economically, and Morse again asked Congress for the $30,000 that would allow him to build a telegraph line from Washington to Baltimore, forty miles away. The House of Representatives eventually passed the bill containing the Morse appropriation, and the Senate approved it in the final hours of that Congress's last session. With President Tyler's signature, Morse received the cash he needed and began to carry out plans for an underground telegraph line.

Morse had hired the ingenious construction engineer Ezra Cornell to lay the pipe carrying the wire, and although Cornell did his job superbly, one of Morse's partners, Congressman F. O. J. Smith, had purchased wire with defective insulation. Too much time had been wasted laying bad wire, and with the project on a rigid deadline, something had to be done quickly. Cornell suggested that the fastest and cheapest way of connecting Washington and Baltimore was to string wires overhead on trees and poles. The desperate Morse gave the go-ahead, and the line was completed in time for the dramatic and spectacularly successful link between the Supreme Court chamber of the Capitol building and the railroad station in Baltimore.

Soon, as overhead wires connected cities up and down the Atlantic coast, the dots-and-dashes method that recorded messages on a long moving strip of paper was replaced by the operator's ability to interpret the code in real time (once the receiver was given two different types of "stop" pin that each made a different sound) and transcribe it into English letters as he heard it. Telegraph lines soon extended westward, and within Morse's own lifetime they connected the continents of Europe and America. 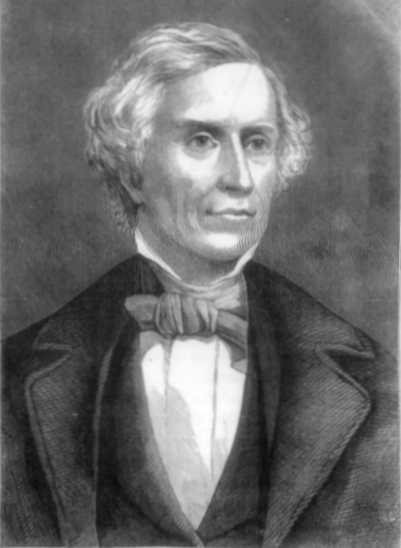 Samuel Finley Breese Morse
Others played roles in the invention of the telegraph, but Samuel Morse made it a reality and a commercial success. 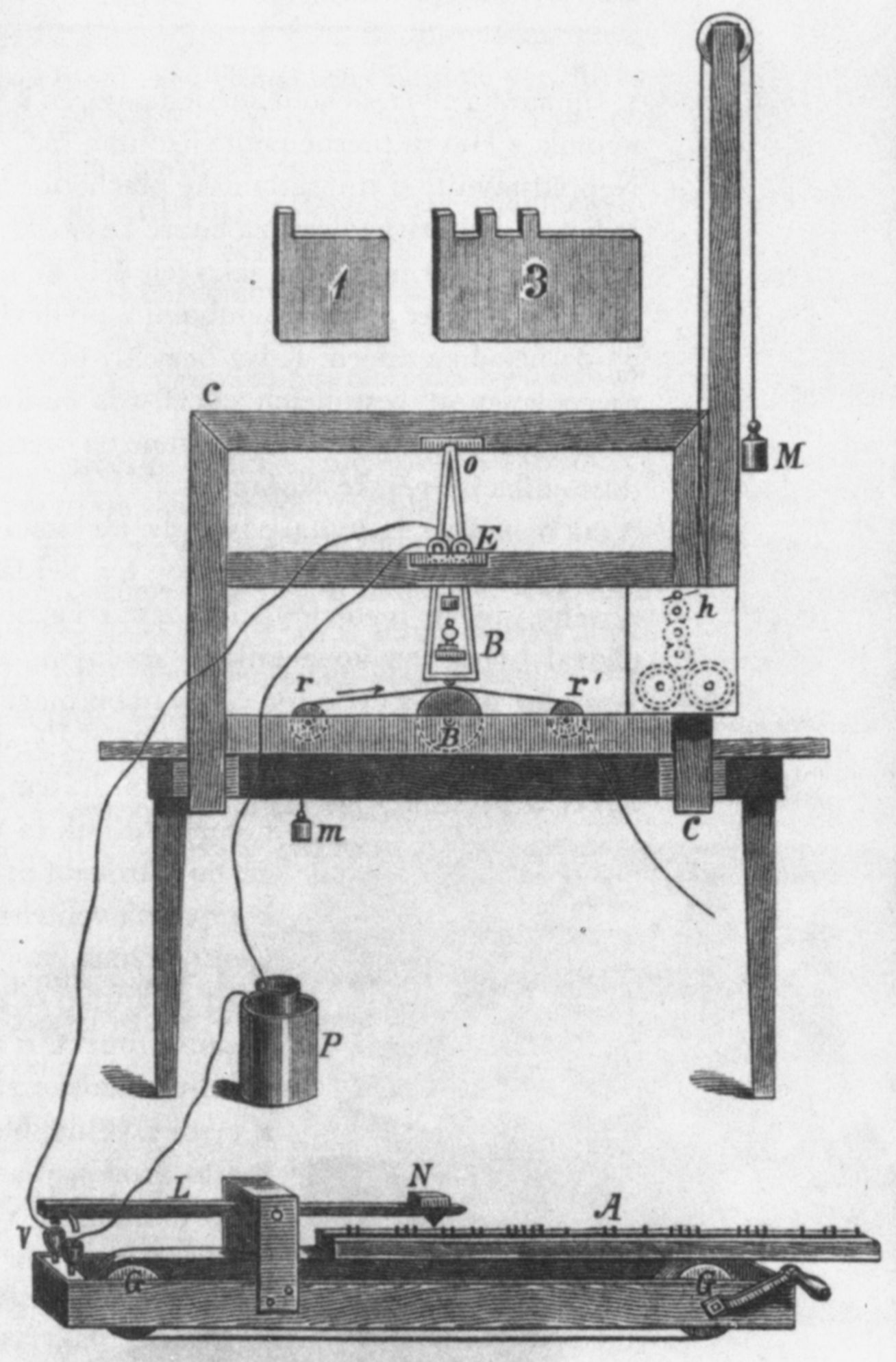