Some of the young Nashville sit-in leaders joined up with the Student Nonviolent Coordinating Committee, which in 1961 helped to launch the “Freedom Rides.” Back in 1946, Thurgood Marshall’s NAACP lawyers had obtained a Supreme Court ruling that barred segregation in interstate bus travel. (Under the U.S. federal system of government, it is easier for the national government to regulate commerce that crosses state lines.) In the 1960 Boynton v. Virginia decision, the Court expanded its ruling to include bus terminals and other facilities associated with interstate travel. But possessing a right and exercising it are two very different things.

It was widely understood that any African American who exercised his or her constitutional right to sit at the front of an interstate bus or use the previously whites-only facilities at a southern bus terminal would meet with a violent response. Understanding this, an interracial group of 13, including Congress of Racial Equality (CORE). National Director James Farmer, departed Washington, D.C., by bus. Farmer and his companions planned to make several stops en route to New Orleans. “If there is arrest, we will accept that arrest,” Farmer said. “And if there is violence, we are willing to receive that violence without responding in kind.”

Farmer was right to anticipate violence. Perhaps the worst of it occurred near Anniston, Alabama. Departing Atlanta, the Freedom Riders had split into two groups, one riding in a Greyhound bus, the other in a Trailways bus. When the Greyhound bus reached Anniston, the sidewalks, unusually, were lined with people. The reason soon became clear. When the bus reached the station parking lot, a mob set upon it, using rocks and brass knuckles to shatter some of the bus windows. Two white highway patrolmen in the bus, assigned to spy on the Riders, sealed the door and prevented the Ku Klux Klan-led mob from entering.

When the local police finally arrived, they bantered with the crowd, made no arrests, and escorted the bus to the city limits. The mob, by some accounts now about 200 strong, followed close behind in cars and pickup trucks. About 10 kilometers outside Anniston, flat tires brought the bus to a halt. A crowd of white men attempted to board the bus, and one threw a fire bomb through a bus window. As the historian Raymond Arsenault writes: “The Freedom Riders had been all but doomed until an exploding fuel tank convinced the mob that the whole bus was about to explode.” The bus was consumed by the blaze; the fleeing Freedom Riders, reported the Associated Press, “took a brief but bloody beating.” The second group of Freedom Riders shared their Trailways bus with a group of Klansmen who boarded at Atlanta. When the black Freedom Riders refused to sit at the back of the bus, more beatings ensued. The white Freedom Riders, among them 61-year-old educator Walter Bergman, were attacked with particular savagery. All of the Freedom Riders held to their Ghandian training; none fought back. When the bus at last arrived in Birmingham, matters only grew worse. CBS News commentator Howard K. Smith offered an eyewitness account: “When the bus arrived, the toughs grabbed the passengers into alleys and corridors, pounding them with pipes, with key rings, and with fists.” Inside the segregated bus station, the Freedom Riders hesitated momentarily, then entered the whites-only waiting room. They, too, were beaten, some unconscious, while Birmingham’s police chief, Eugene “Bull” Connor, refused to restrain the Klansmen and their supporters. 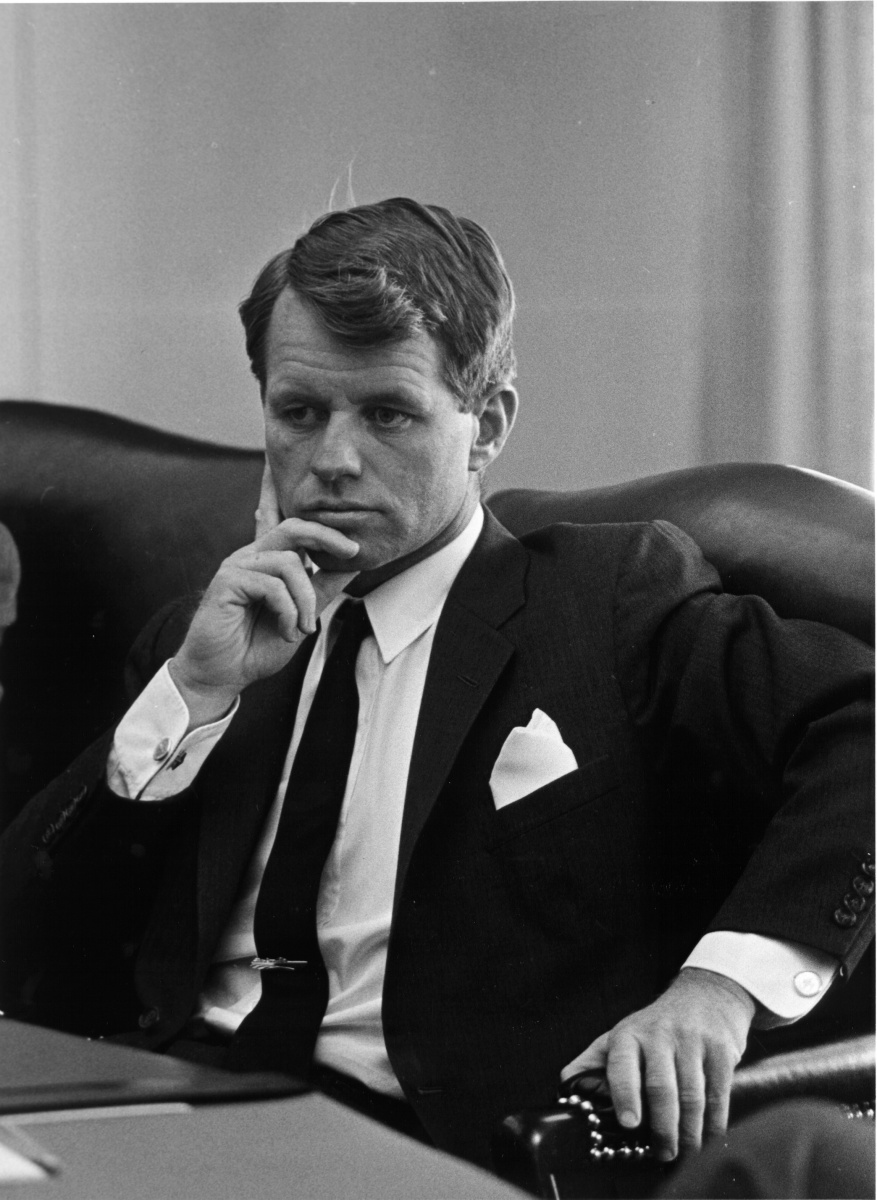 Still, the Riders were determined to continue. In Washington, Attorney General Robert F. Kennedy asked Alabama Governor John Patterson to guarantee safe passage through his state. Patterson declined: “The citizens of the state are so enraged I cannot guarantee protection for this bunch of rabble-rousers.” A member of Alabama’s congressional delegation, Representative George Huddleston Jr., deemed the Freedom Riders “self-anointed merchants of racial hatred.” He said the firebombed Greyhound group “got just what they asked for.”

In Nashville, Diane Nash feared the political consequences. “If the Freedom Ride had been stopped as a result of violence,” she later said, “I strongly felt that the future of the movement was going to be just cut short because the impression would have been given that whenever a movement starts, that all that has to be done is that you attack it with massive violence and the blacks would stop.” With reinforcements from the Student Nonviolent Coordinating Committee (SNCC, pronounced "snick") and other black and white activists supplementing the original Freedom Riders, a new effort was launched.

On May 20, a group of Freedom Riders boarded a Birmingham-to-Montgomery, Alabama, Greyhound. Their bus was met by a mob estimated at 1,000 “within an instant” of pulling into the station, the Associated Press reported. Among the injured were John Seigenthaler, an assistant to Attorney General Kennedy. Kennedy dispatched 400 federal marshals to Montgomery to enforce order, while the Congress of Racial Equality promised to continue the Freedom Ride, pressing on to Jackson, Mississippi, and then to New Orleans. “Many students are standing by in other cities to serve as volunteers if needed,” James Farmer told the New York Times. And some 450 Americans did step forward, boarding the buses and then filling the jails, notably in Jackson, when Farmer and others refused to pay fines imposed for “breaching the peace.”

On May 29, Attorney General Kennedy directed the Interstate Commerce Commission to adopt stiff regulations to enforce the integration of interstate transportation. The agency did so. With this sustained federal effort, Jim Crow faltered in bus terminals, on buses, and on trains, at least those that crossed state lines.

The Freedom Riders’ victory set the tone for the great civil rights campaigns that followed. Not for the first time during these climactic years, a free press forced Americans to take a cold, hard look at the reality of racial oppression. The Birmingham mob beat Tommy Langston, a photographer for the local Post-Herald newspaper, and smashed his camera. But they forgot to remove the film, and the newspaper’s front page subsequently displayed his picture of the savage beating of a black bystander. Each arrest and each beating attracted more media and more coverage. And while many of those accounts still referred to “Negro militants,” the contrast between rabid white mobs and the calm, dignified, biracial Freedom Riders forced Americans to decide, or at this point at least begin deciding: Who best represented American values?

White religious leaders were prominent among those who lauded the bravery of the Freedom Riders and the justice of their cause. The Reverend Billy Graham called for prosecution of their attackers and declared it "deplorable when certain people in any society have been treated as second-class citizens." Rabbi Bernard J. Bamberger denounced white segregationist violence as "utterly indefensible in terms of morality and law” and criticized whites who urged civil rights activists to "go slow." And always there were the righteous: Raymond Arsenault writes that while the Greyhound bus burned outside Anniston, "one little girl, 12-year-old Janie Miller, supplied the choking victims with water, filling and refilling a five-gallon [19-liter] bucket while braving the insults and taunts of Klansmen."

From Free At Last: The U.S. Civil Rights Movement.

Supreme Court ruling that barred segregation in interstate bus travel. (Under the U.S. federal system of government, it is easier for the national government to regulate commerce that crosses state lines.) In the 1960 Boynton v. Virginia decision, the Court expanded its ruling to include bus terminals and other facilities associated with interstate travel." data-share-imageurl=""> 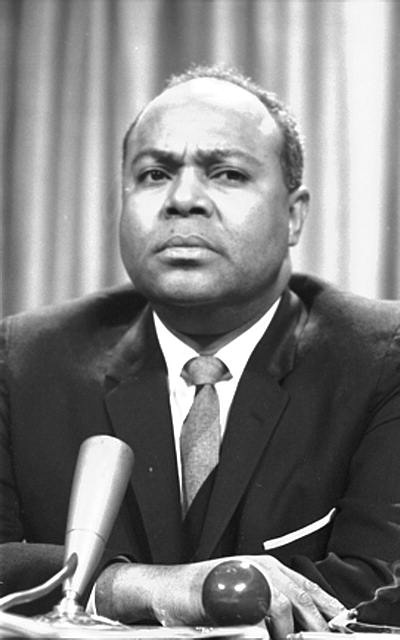 James Farmer, one of the founders of the Congress on Racial Equality