The Precursor: Desegregating the Armed Forces

Segregation in the Armed Forces is as old as the nation itself, but a noticeable change in African American attitudes towards segregation changed drastically after World War I. The New Negro MovementThe philosophy of the civil rights movement shifted from the “accommodationist” approach of Booker T. Washington to the militant advocacy of W.E.B. Du Bois. These forces converged to help create the “New Negro Movement” of the 1920s, which promoted a renewed sense of racial pride, cultural self-expression, economic independence, and progressive politics. Excerpt from NAACP: A Century in the Fight for Freedom, The New Negro Movement. was birthed from the discontent of returning African American World War I veterans.

About two decades later, in 1941, socialist and civil rights activist, A. Philip Randolph, Bayard Rustin and A. J. Muste, challenged United States policies that excluded African Americans from jobs in the defense industry. Randolph proposed a national, black-led march on the Capitol. This threat of having tens of thousands of African Americans march on the Capitol raised alarms. During a time when there was widespread unrest due to nationwide racial discrimination, segregation, inequitable pay and access to employment, and a longstanding inability to pass a federal anti-lynching bill, the prospect of a rallying of African Americans was a strong incentive for action on the part of President Franklin D. Roosevelt. In order to avoid the march, President Roosevelt issued Executive Order 8802, also known as the Fair Employment Act (1941). The order banned “discrimination in the employment of workers in defense industries or government because of race, creed, color, or national origin.”

With a desire for further change, Randolph continued to be a chief advocate for desegregation of the Armed Forces. His activism helped bring about President Harry S. Truman passing Executive Order 9981 in 1948. This order integrated the Armed Forces and established the President’s Committee on Equality of Treatment and Opportunity in the Armed Services. 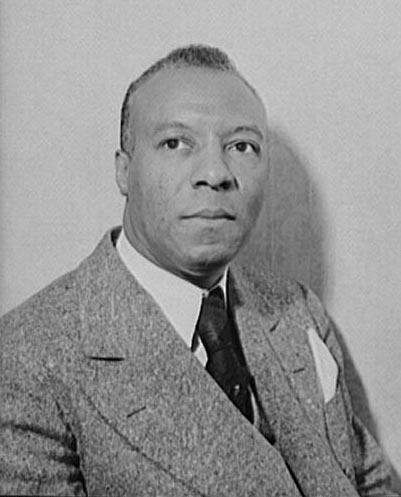 A. Philip Randolph, Civil Rights Leader (1942, from the Library of Congress) 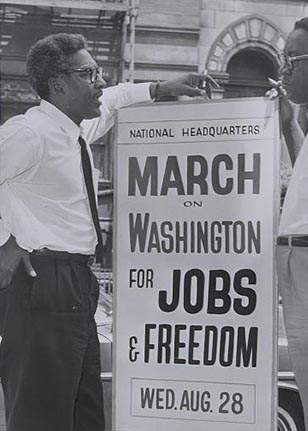 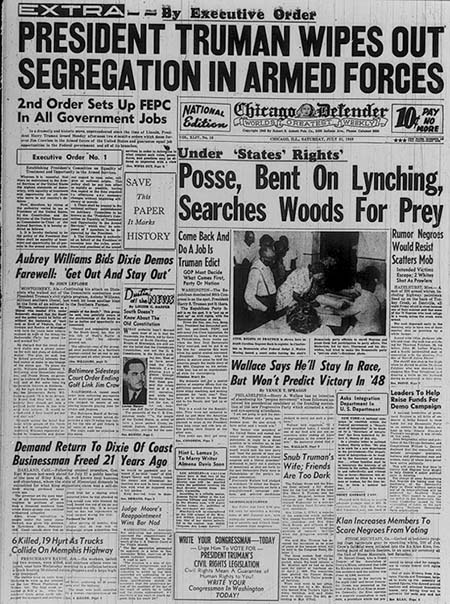 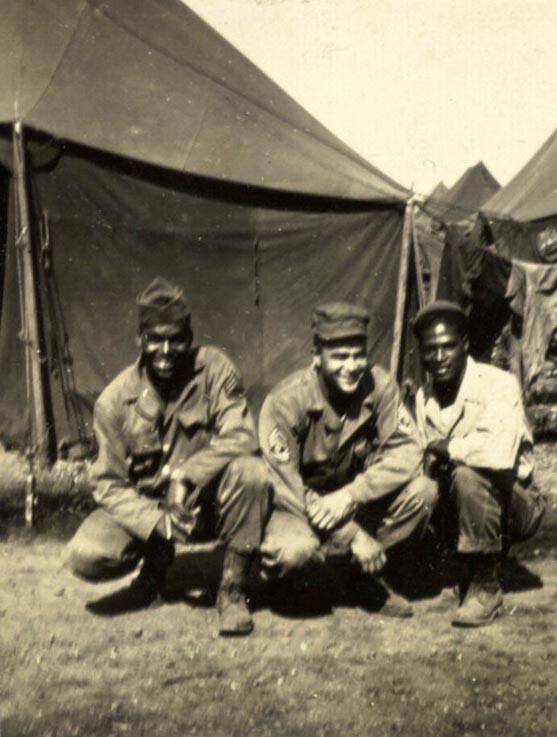 Soldiers at Fort Francis E. Warren, Wyoming (1943). Courtesy of the Library of Congress