Gertrude Weil (1879–1971) was a women’s rights activist who led North Carolina's campaign for women's suffrage. Throughout her life, she worked for social equality for all North Carolinians and was active in the fight for workers' rights and in the Civil Rights Movement.

The daughter of Henry and Mina Weil, Gertrude Weil grew up as part of a large, prosperous, and socially prominent Jewish family in Goldsboro, North Carolina. Her parents and her uncles were leaders in their community, and Weil grew up in a family engaged in the civic and political life of Goldsboro.

Weil’s parents believed it was important that their daughter receive an education. Although there were several female colleges in North Carolina, Weil was sent to Horace Mann School in New York City, which was one of the most prestigious and progressive schools in the United States. After two years at Horace Mann, Weil attended Smith College, where she was educated to become a teacher. Although Weil wanted to teach, her parents encouraged her to return to North Carolina after graduation.

Weil returned home to Goldsboro and became active in the political life of North Carolina. One of her main causes was women’s suffrage. In 1914, she became president of the Goldsboro Equal Suffrage Association, and five years later she was elected president of the North Carolina Equal Suffrage League. Both of these organizations had been founded in the early twentieth century as suffragists across the United States increased their efforts to secure voting rights for women. When the Nineteenth Amendment was passed by Congress in 1919, Weil worked with national suffrage leader Carrie Chapman Catt to convince North Carolina's citizens and legislators to ratify it. Although Weil's efforts in North Carolina fell short, thirty-six other states approved the amendment, and women in North Carolina gained the right to vote despite the resistance of their own legislature.

After suffrage had been attained, Weil turned her attention to other causes. As early as the 1930s, she began to fight for racial equality, and she continued as an active member of the Civil Rights Movement into the 1960s.

Although Weil’s name may not be as well-known as other female reformers of her time, she made extraordinary contributions to her local community and state by dedicating her life to public service. Gertrude Weil died in 1971 in the same house in which she was born, remembered by those who loved her as a woman of great wit, compassion, and conviction. 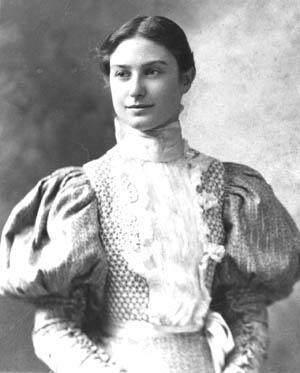 from the Jewish Women's Archive

Gertrude Weil and Her Times

from the UNC Press