What would it take for you to leave your family and home behind and venture to a new country? People migrate for many reasons, but basically they are trying to get away from some place that is undesirable or trying to get to a place that is more desirable. In 1799 an event occurred in the southern Piedmont that made North Carolina a very desirable place to live -- the discovery of gold! 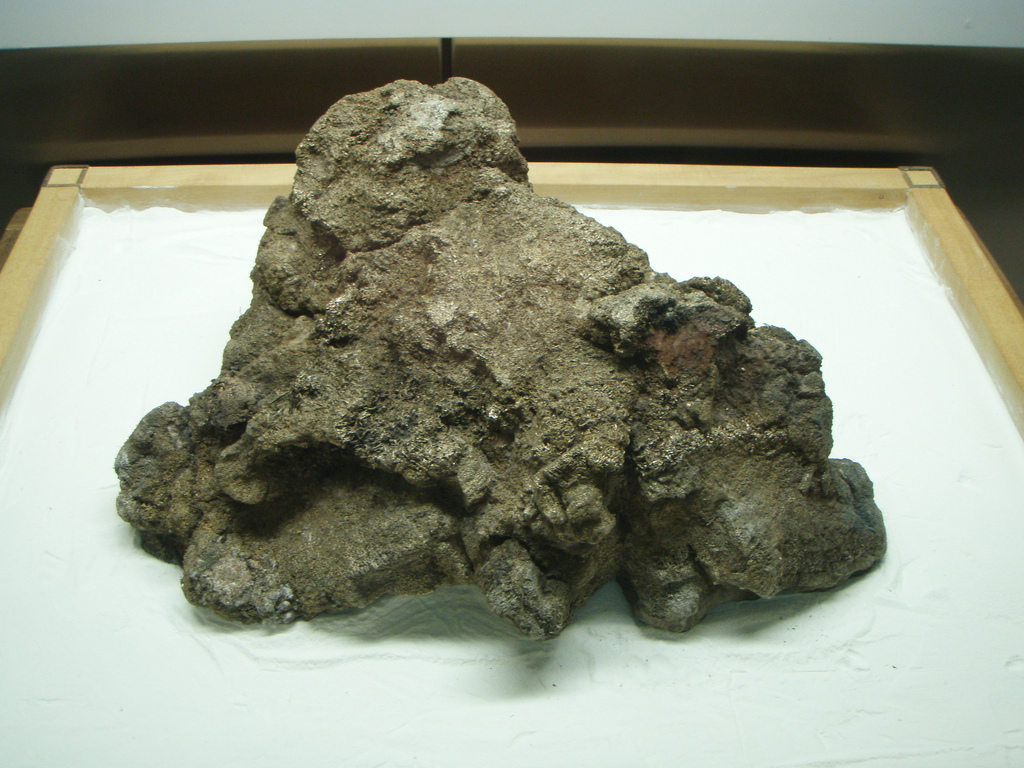 Until it has been polished, a nugget of gold doesn’t look like one — even when it’s as large as this one

Twelve-year-old Conrad Reed was fishing in Little Meadow Creek on his family’s farm in Cabarrus County one day in 1799 when he found a seventeen-pound gold nugget. More gold was found in and along the creek, making Conrad’s father, John Reed, a very wealthy man. News of gold in Cabarrus County spread quickly. Soon gold was being found in neighboring counties -- Montgomery, Stanly, Mecklenburg, Rowan, and Union -- and people anxious to find gold of their own began moving into the area.

In the mid-1700s, the western portion of the southern Piedmont was a scarcely populated backcountry. Governor Arthur Dobbs visited the area in 1755 to survey land located in present-day Mecklenburg and Cabarrus counties that he had purchased ten years earlier. He found seventy-five Scots-Irish and twenty-two German families living there. He described these pioneers as “industrious people,” with most families having five to ten children. They raised livestock and crops such as corn, wheat, barley, rye, and indigo, and traded primarily with Charleston, South Carolina, some two hundred miles to the south. Charlotte, the state’s largest city today, was merely a dusty little village.

Around 1805, only a few years after Conrad’s discovery, newspapers began reporting on gold-mining activities and people coming into the area to search for gold. William Thornton, of Baltimore, Maryland, designer of the United States Capitol, was one of these seekers. After learning of the gold, he purchased thirty-five thousand acres of land in Montgomery (now Stanly) County and formed the North Carolina Gold Mine Company. By 1806, investors in this company included a former governor of Maryland and the treasurer of the United States. 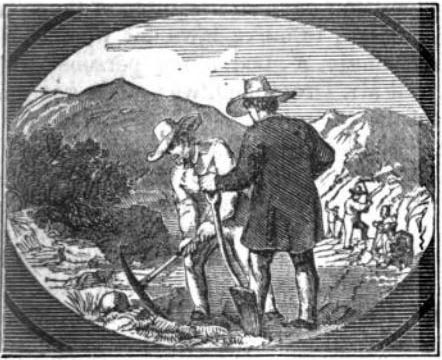 An 1849 children's book included this illustration of gold miners, with the caution, "Some persons have gone from New England to dig for gold in this state. I suppose they hope to get suddenly rich; but they had better stay at home; for where one man becomes wealthy by digging for gold, a thousand get rich by staying at home, and quietly cultivating their farms."

Most of the people coming to North Carolina to find gold were not as notable as Thornton and company. There is not much detailed information about those who first came seeking gold. Of course, initially, local landowners did most of the mining. The first newcomers to arrive were probably from neighboring states and somewhat resembled the people already living in western North Carolina. But then, as luck would have it, another event occurred that would greatly increase the numbers, and diversity, of people migrating to the state’s gold fields.

In 1825 Matthias Barringer discovered that gold could be found in veins of white quartz, and by following these veins of quartz into the ground, one could recover more gold. Prior to this discovery, all of the mining conducted in North Carolina had been aboveground, or “placer,” mining. With Barringer’s discovery of “lode,” or underground, mining, the rush to North Carolina was on. People came from far and wide to make their fortunes. Many of the most important lode mines were located in or around Charlotte. In 1828 J. Humphrey Bissell, of Charleston, bought part of the McComb Mine and brought with him not only new technology but also “men experienced in South American mining.” At one Charlotte mine that employed almost a thousand workers, thirteen different languages were spoken. Count Vincent de Rivafinoli, an Italian aristocrat and experienced mining engineer, was one of the most cultured and flamboyant foreigners in Charlotte. As head of the Mecklenburg Gold Mining Company, he brought in as many as eighty expert miners from England, Germany, Wales, Scotland, Ireland, Switzerland, Italy, and France.

Among the European workers, miners from Cornwall, England, had the greatest influence on North Carolina mining culture. The Cornish miners had developed techniques for lode mining over several centuries, extracting tin and copper from their native land. They shared their knowledge and expertise in North Carolina. These miners taught proper and safe techniques for lode mining and were also experts in the process of milling gold ore and the use of steam technology. The use of steam engines soon spread from gold mining to other North Carolina industries, such as textile mills.

Many of the immigrants who came to North Carolina during the gold rush were single men -- young or middle-aged, ambitious, and hardworking. Unaccompanied by women or children, they were able to move freely from one mining area to another. When gold was found in other southern states and then in California in 1848, many moved out of the area. The Cornish miners, however, had often moved with their families. They were known to be “skilled, superstitious, clannish,” and strongly Methodist. Unlike the single prospectors who followed the gold to California, the Yukon, and beyond, many of these Cornish miners and their families stayed in North Carolina, in the lode mining centers of Charlotte and especially Gold Hill in Rowan County.

The Cornish culture is a unique culture within Great Britain, much like the Welsh or Scottish, with its own dialect and customs. But because the Cornish also spoke English, they and their descendants quickly melded into American life, and their cultural influence is not easy to pinpoint. The influence that they had on North Carolina’s emerging industries, however, is unmistakable. In the early 1800s, North Carolina acquired the nickname “The Rip Van Winkle State,” because so little progress was made that the state appeared to be asleep like that character from literature. The gold industry that the Cornish helped build influenced other developments in industry, commerce, and infrastructure that helped North Carolina lose this reputation. Today’s leaders in industry, research, and banking have indirectly benefited from the foreign miners and investors of the nation’s first gold rush. 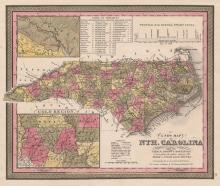 This 1847 map of North Carolina includes an inset showing the "Gold Region."