The Birth of "Jim Crow"

During the years that followed Reconstruction, and especially after 1890, state governments in the South adopted segregationist laws mandating separation of the races in nearly every aspect of everyday life. They required separate public schools, railroad cars, and public libraries; separate water fountains, restaurants, and hotels. The system became known informally as "Jim Crow," from the 1828 minstrel show song "Jump Jim Crow," which was typically performed by white performers in blackface as a caricature of the unlettered, inferior black man.

Jim Crow could not have existed had the federal courts interpreted broadly the relevant constitutional protections. But the judicial branch instead seized upon technicalities and loopholes to avoid striking down segregationist laws. In 1875, Congress enacted what would be the last civil rights law for nearly a century. The Civil Rights Act of 1875 barred "any person" from depriving citizens of any race or color of equal treatment in public accommodations such as inns, theaters, and places of public amusement, and in public transportation. In 1883, the Supreme Court declared the law unconstitutional, reasoning that the Fourteenth Amendment prohibited discrimination by states but not by individuals. Congress accordingly could not prohibit individual acts of discrimination.

Perhaps the most significant judicial decision came in 1896. Six years earlier, Louisiana had adopted a law requiring separate rail cars for whites, blacks, and "coloreds" of mixed ancestry. An interracial group of citizens who opposed the law persuaded Homer Plessy, a public education advocate with a white complexion and a black great-grandmother, to test the law. Plessy purchased a ticket for a "whites-only" rail car. After taking his seat, Plessy revealed his ancestry to the train conductor. He was arrested, and the litigation began.

In 1896, the case reached the U.S. Supreme Court. In a seven-to-one decision, the court upheld the Louisiana law. "The enforced separation of the two races," did not, the majority ruled, "stamp the colored race with a badge of inferiority." If black Americans disagreed, that was their own interpretation and not that of the statute. Thus did the high court lend its prestige and its imprimatur to what became known as "separate but equal" segregation.

One problem with Plessy (formally, Plessy v. Ferguson), as later civil rights advocates tirelessly would document, was that separate never really was equal. Public schools and other facilities designated colored nearly always were inferior. Often they were shockingly so. But more fundamentally, the issue was whether a fair reading of the Constitution might justify separating Americans on the basis of race. As John Marshall Harlan, the dissenting justice in the Plessy case, argued in words that resonate to this day:

In view of the Constitution, in the eye of the law, there is in this country no superior, dominant, ruling class of citizens. There is no caste here. Our Constitution is color-blind, and neither knows nor tolerates classes among citizens. In respect of civil rights, all citizens are equal before the law.

Justice Harlan’s view would at last prevail in 1954, when the Supreme Court’s unanimous Brown v. Board of Education decision overruled Plessy. For African Americans, however, the rise of Jim Crow segregation required new responses, new strategies for claiming their civil rights.

From Free at Last: The U.S. Civil Rights Movement. 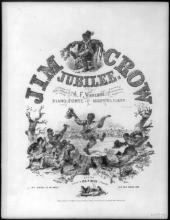