The names and titles of the Lords Proprietors are listed here as they were in 1663, when they were granted Carolina. 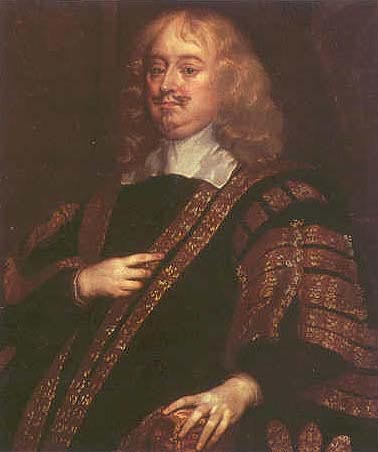 Edward Hyde (1609-1674), 1st Earl of Clarendon, began his career in Parliament in 1640 as a critic of King Charles I, but eventually became one of the king's close advisors and served as Chancellor of the Exchequer. After Charles I was executed, Hyde wrote a history of the Civil War, and eventually joined the future Charles II in exile.

After the Restoration, he became Lord Chancellor of England and was named Earl of Clarendon. His daughter Anne married the king's brother James, and two of their daughters later became queen (Mary II and Anne). Clarendon County, South Carolina, was named for him. 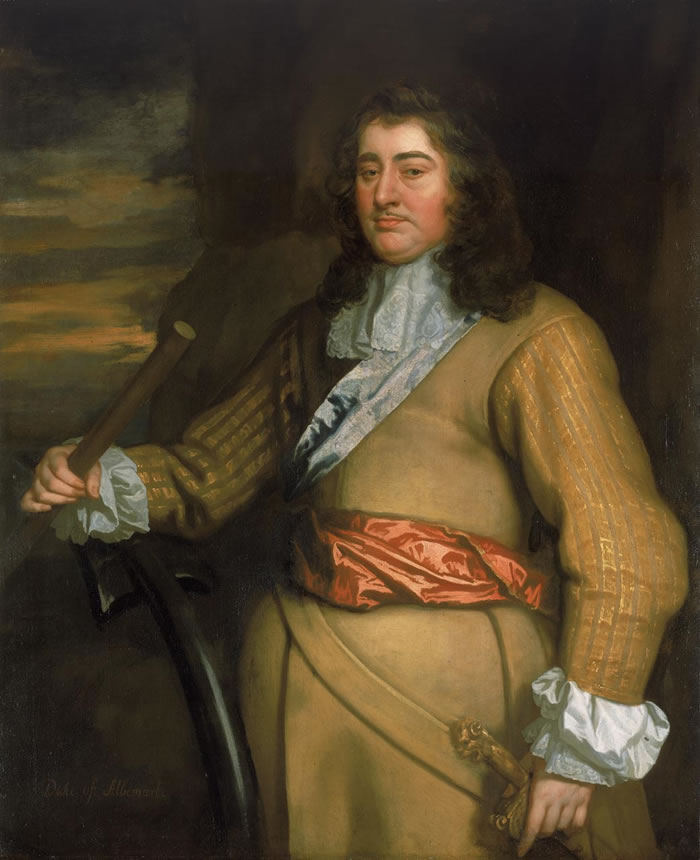 George Monck, 1st Duke of Albemarle George Monck (1608-1670) was a general during the English Civil War and gained fame for leading a campaign in Ireland and for defeating the Dutch at sea. Although Monck supported Parliament and Oliver Cromwell, after Cromwell's death he used the army to force Parliament to dissolve and call for new elections. The new Parliament invited Charles to take the throne, and the newly crowned Charles II named him Duke of Albemarle. Under Charles II, Albemarle served as "master of his majesty's horse and captain-general of all his forces."

William Craven (1608-1697) was an English soldier who fought in Europe during the English Civil War. He supported Charles I financially, and for his service was named a lieutenant-general and the 1st Earl of Craven in 1664. Craven County, North Carolina, bears his name.

John Berkeley (1607-1678) served in the royal army during the Civil Wars and joined the future Charles II in exile. He was a close friend and advisor of Charles II and his brother James, Duke of York (the future James II). In 1658 he was named Baron Berkeley of Stratton.

Anthony Ashley Cooper (1621-1683) inherited his father's baronetcy and served in Parliament when the Civil Wars began. He first supported the king, then served in Cromwell's Council of State, and finally helped George Monck to restore Charles II to the throne. In 1661, he was named Baron Ashley and appointed Chancellor of the Exchecquer, in charge of the royal treasury.

In the 1660s, he became friends with John Locke, who wrote the Fundamental Constitutions of Carolina in 1669 (and, later, treatises on government whose ideas fueled the American Revolution). In 1672 Lord Ashley was named 1st Earl of Shaftesbury and became Lord Chancellor of England.

His grandson, Anthony, 3d Earl of Shaftesbury, became a noted philosopher and writer.

George Carteret (c. 1610-1680) served in the Royal Navy as a young man and became Governor of the Isle of Jersey (off the coast of England) and, later, a baronet. When Charles I was executed in 1649, he proclaimed Charles II king, a gesture that the new king remembered when he was restored to the throne of England eleven years later. He held various offices under Charles II, including Vice-Chamberlain of the Household, and was also a proprietor of New Jersey (named for the island of his birth).

Carteret County, North Carolina, is named for him.

Berkeley was a successful and popular governor for most of his life, but may be best remembered for putting down Bacon's Rebellion in 1676.

John Colleton (1608-1666) supported Charles I during the Civil Wars. When Parliament seized his property, he retired to Barbados. He was later made a baronet by Charles II.

Colleton was also a member of the Company of Royal Adventurers Trading to Africa, later reorganized as the Royal African Company, which held a monopoly on the English slave trade and eventually transported 5,000 slaves a year to America.

Edward Hyde (1609-1674), 1st Earl of Clarendon, began his career in Parliament in 1640 as a critic of King Charles I, but eventually became one of the king's close advisors and served as Chancellor of the Exchequer." data-share-imageurl=""> 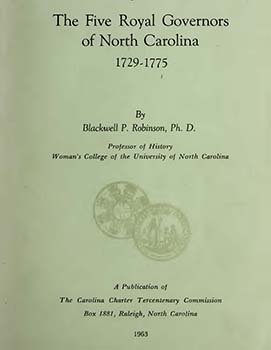 In 1729, North and South Carolina became royal colonies under the direct authority (with the exception of the Granville District) of George II.