In 1834 John P. Nissen, age twenty-one, purchased a lot in Waughtown and thereon built a log structure to house a wagon shop. Nissen and his craftsmen made quality wagons so the demand for his products increased, and with it grew the business. The log structure was replaced and eventually power machinery was installed. As some North Carolinians migrated westward in search of land or gold, Nissen wagons carried their belongings. Farmers in Nissen wagons carried their goods to market along the Fayetteville and Western Plank Road. During the Civil War, Nissen Wagon Works supplied wagons and gun carts to the Confederacy. In time the business gained two primary in-state competitors: Piedmont Wagon Company in Hickory and Hackney Wagon Company in Wilson.

The “light and sturdy” Nissen wagons were readily available to people of the region and suitable for traveling over the poor roads. In The Bright-Tobacco Industry, Nannie M. Tilley wrote that “so essential were the Nissen wagons in marketing tobacco that they have been deemed a decisive factor in the development of the tobacco industry through the entire piedmont area.” After the Civil War, tobacco peddlers would go out on month-long journeys using their Nissen wagons for transportation as well as for their sleeping quarters. By the mid-1870s, the Nissen Wagon Works occupied over six hundred acres in Waughtown.

Although sons George E. and William M. Nissen took the company over and renamed it George E. Nissen Wagon Works, John Nissen remained involved until his death in 1874. Between 1909 and 1911, William M. Nissen bought out George’s share and also purchased his brother J. I. Nissen’s wagon company and merged the two into a new Nissen Wagon Works. A large brick factory was completed by 1919, housing “all the modern appliances and machinery for turning out finished wagons.” With a staff of about 200 men, the company produced over 15,000 wagons per year, or about fifty per day. Although the new factory burned down in 1919, an even larger one was built in its place. Due to failing health, William Nissen was forced to retire and he sold the business the following year to F. B. Reamy for about one million dollars. Reamy continued to produce Nissen wagons until the 1940s, when the rise of the automobile had rendered the old manufactory a remnant of the past. 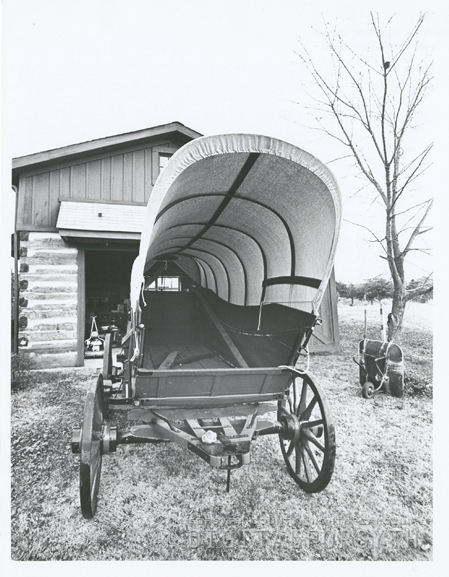 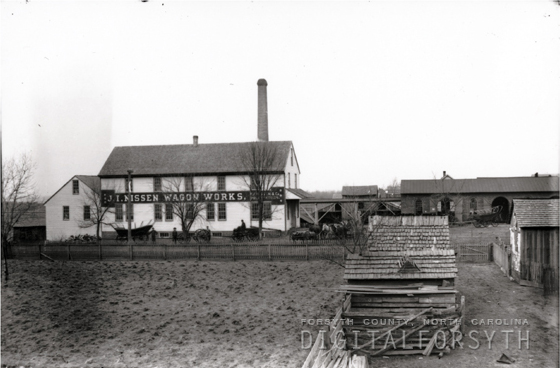