The patriotic action of fifty-one Edenton women on October 25, 1774 that became known as the "Edenton Tea" party did not go unnoticed. By January of 1775, news had traveled to London, and their statement as published in the Virginia Gazette was republished in London's Morning Chronicle and London Advertiser. And just a few months after that, a cartoon appeared that satirized their activities.

The cartoon was titled "A Society of Patriotic Ladies, at Edenton in North Carolina." Attributed to London engraver and cartoonist Philip Dawe (or Dawes), it presented the cartoonist's view of the ”patriotic ladies” of Edenton, North Carolina in their attempt to endorse the nonimportation resolves announced by the Continental Congress in 1774 and supported by North Carolina's First Provincial Congress a few months earlier. 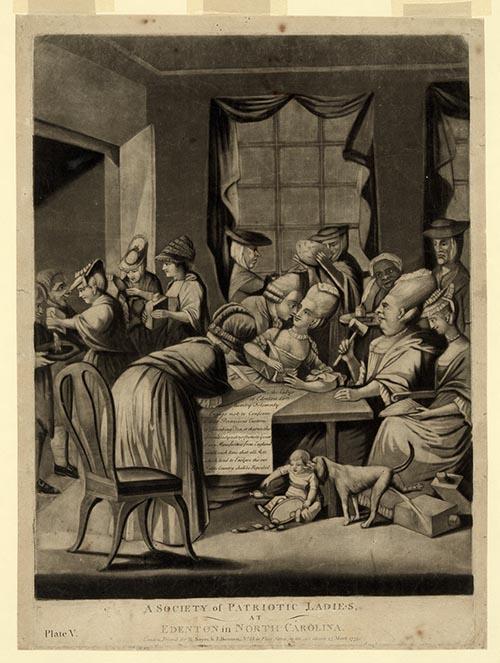 Women in the Revolutionary Era