Part 5: The Evolution of Photography 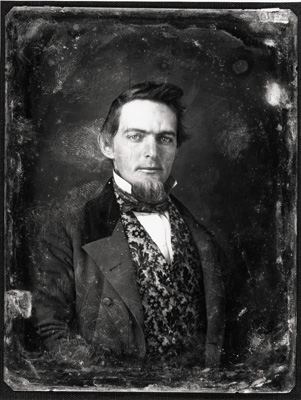 In 1839 French artist Louis J. M. Daguerre announced the discovery of the daguerreotype, one of the earliest and most successful forms of photography. The art spread quickly from the northeastern United States into the Midwest and South. The first daguerreotype operator to find his way into North Carolina may have been an itinerant named Dr. Davis at Halifax in May 1842. Between then and the end of the century, more than 600 photographers practiced their trade in the state, most traveling in wagons or by stage along its main north-south roads. Consequently, the early centers for photographic activity were in the more populated areas, including Raleigh, Fayetteville, Wilmington, New Bern, Hillsborough, Greensboro, Salisbury, and Charlotte. The early itinerants in North Carolina set up makeshift studios in numerous locales, but, as the trade grew, so did the demand, spawning permanent, thriving studios. Roughly a decade after the daguerreotype's introduction to the region, Jesse H. Whitehurst, one of the foremost pioneer daguerreotypists and promoters of the art, is believed to have opened the first permanent gallery in North Carolina at Wilmington in January 1853.

The impending Civil War, along with the development of the ambrotype, a thin negative on glass, boosted interest in the medium, but the war interrupted or ended the careers of most photographers in North Carolina. Commercial photography underwent a resurgence in the postwar period, and the number of professional photographers increased steadily as the population recovered. New photographic methods made it possible to produce more pictures for less money, piquing interest not only in documentary photography but also in formal portraiture.

While generally reserving daguerreotypes, ambrotypes, and tintypes for portraits, photographers produced most outdoor views in the form of cartes-de-visite, stereoscopic views, and large format prints. In the 1870s operators increasingly took the camera outside to capture scenic and interesting views of the North Carolina landscape. Thus, similar to the state's painters, many North Carolina photographers found their focus in the state's natural corridors.

Two important innovations-the gelatin dry-plate developing process and flexible film-occurred during the latter part of the nineteenth century, enabling practitioners to achieve increased productivity and efficiency and leading to the growth of amateur photography. As the century grew to a close, the once male-dominated, upper-class hobby became more egalitarian in nature. Although women had been assisting in galleries, they were slow to take up the trade in North Carolina. The first commercial female photographer in the state likely was Mrs. H. H. Davison, who began work in Oxford in 1882. By the late 1890s several women had stepped behind the camera. African American photographers were an equally rare entity following the proliferation of simple photo technology. Horace Davis, possibly the first, operated a gallery in New Bern by 1870 and 10 years later worked in Raleigh. 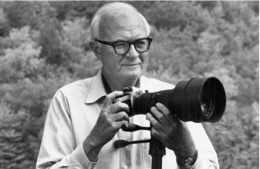 The turn of the nineteenth century introduced a new breed of photographer, whose North Carolina epitome was the legendary Bayard Wootten of New Bern. Born in 1875, Wootten took up the trade because of its increasing affordability, as did many others of her day. Becoming immersed in the growing and more accessible world of photography, she formed a close relationship with members of the Women's Federation of the Photographers Association of America, a group that, by its very existence, spoke for the changing face of the medium. Recording rural southern life both for herself and for the government, Wootten's work, especially during her Depression-era heyday, aesthetically and professionally rivaled that of similar documentarian Walker Evans. It continued to inspire female photographers such as North Carolinian Elizabeth Matheson throughout the twentieth century.

Another photographer with a keen eye for documenting the changing face of North Carolina history was Grandfather Mountain owner and preservationist Hugh Morton, who snapped photos of noteworthy North Carolinians for decades before his death in 2006. Many other photographers work in the state; most make a living in portraiture, in the various forms of media, or in the recording for hire of important personal or corporate events, while also scanning the state for artistic impressions. Beginning in the 1990s, the use of digital cameras in conjunction with computers once again revolutionized this industry nationwide.