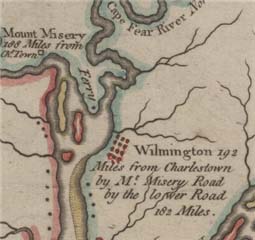 In 1524, Giovanni da Verrazano, the first European to view the Cape Fear region, noted its beauty in a letter to King Francis I of France. Verrazano described the area that is now Wilmington as:

… open Countrey rising in height aboue the sandy shoare with many faire fields and plaines, full of mighty great woods, some very thicke, and somethinne, replenished with diuers sorts of trees, as pleasant and delectable to behold, as is possible to imagine. (Hakluyt 1885, 391)

Europeans attempted settlements on the Cape Fear River (.pdf) for the next two centuries, but it wasn’t until 1729 that white colonists built the town first called “New Carthage” thirty miles upstream from the Cape Fear’s mouth.

Before being chartered as the town of Wilmington in 1740, New Carthage was variously known as New Liverpool, New Town, and Newton.  The choice of the name “Wilmington” was bestowed on the town (located in New Hanover county) in honor of the Earl of Wilmington, Spencer Compton, a patron of the contemporary governor of North Carolina, Gabriel Johnston. (North Carolina General Assembly 1740)

Over the next twenty years, Wilmington grew to a population of 5,000 and began its ascendancy as a center for trade and shipbuilding, and processing center for wood products. Probably due to its close ties to the shipping trade, the first act of armed resistance in the American Colonies to the British Stamp Act by the Sons of Liberty came in 1765. In 1781, in the midst of the American Revolution, the city was occupied by the British, with Maj. James Henry Craig using Wilmington as his headquarters. Maj. Craig was soon succeeded by General Cornwallis, who used the port city to organize British forces before they marched on Yorktown later that same year.

It wasn't until the mid-nineteenth century that the city of Wilmington really began to grow and thrive.  Navigational improvements were made to the Cape Fear River and the city’s ports at the same time as the widespread adoption of steam-powered boats and trains. The simultaneity of these events made the city an important point for global exports, including trade materials for ship building and agricultural products including cotton, rice, and peanuts.  Also around this time the Wilmington & Weldon, Wilmington & Manchester, and Wilmington, Charlotte, and Rutherford Railroads established terminals in the town, which allowed trade to extend deep into Western North Carolina and beyond. 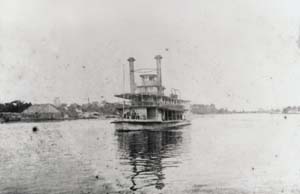 North Carolina’s secession from the Union in 1861 briefly halted Wilmington’s international trade. The Union imposed upon the Confederacy—up and down the Atlantic Seaboard— a shipping blockade informally known as the “Anaconda Plan.” Smugglers soon started their own industry as blockade runners, and quickly became “the lifeline of the confederacy,” exporting cotton in trade for food and other supplies. By 1862, with the fall of Norfolk, Virginia, Wilmington became the main port for Confederate trade.  This continued until its capture by Union troops in 1865. With the end of the Civil War, the port and railroad industries flourished, bringing to the city vast municipal improvements, as well as a moneyed class that constructed fine homes, churches and businesses.

By the end of the 19th century, Wilmington was the largest city in North Carolina and its Reconstruction-era, African American majority population saw some semblance of prosperity. Blacks held seats in city government and owned businesses (including the only black-owned newspaper in North Carolina, the Daily Record). This also made the city a target for white supremacists. On November 10, 1898, tensions between whites and blacks exploded. A white mob, incited when a group of black city leaders did not appear to answer charges of violent activities purportedly carried out by the black community, began what would start as an attack on the Record’s offices, and end after nearly a day of rioting and destruction with many blacks murdered. In the end, the whites regained total control of the city and abolished many of the rights afforded the black community. Out of the regressive actions taken in Wilmington and cities like it, a new legal code would be enacted throughout the South, and ultimately be known as “Jim Crow Laws.” 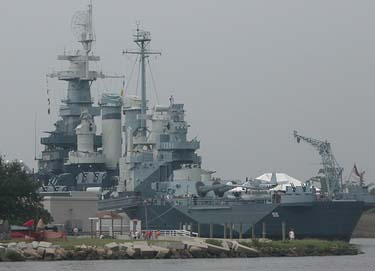 The retired battleship, USS North Carolina, was moored on the Cape Fear River across from the downtown’s waterfront in 1961.  As with many US cities in the 1960s and early 70s, both the city’s population and borders expanded and moved away from the downtown area, leaving empty buildings and an impoverished landscape in what had once been a thriving city center. At the end of the 1970s, however, a movement to revitalize the downtown area and its historic buildings transformed the city into what it is today; attracting a movie company in 1984 and giving rise to a 32-acre studio lot within the city limits.  The completion of I-40 in 1990 has made Wilmington more accessible and attractive to tourism and has given rise to a rapidly growing population.

North Carolina General Assembly. 1740. An Act, for Erecting the Village called Newton, in New Hanover County, into a Town and Township, by the Name of Wilmington, and Regulating and ascertaining the Bounds thereof. (W. Saunders, Ed.) Retrieved 2010, from Colonial and State Records of North Carolina: https://docsouth.unc.edu/csr/index.html/document/csr23-0010

Lodge, John. 1781. [Detail of] Cape Fear River with the counties adjacent, and the towns of Brunswick and Wilmington, against which Lord Cornwallis, detached a part of his army, the 17th of January last. Cm912.01 1781b. From the North Carolina Collection, University of North Carolina at Chapel Hill.

My mother's mom was born and

My mother's mom was born and raised in Hampstead and all of her dad's family were from Brunswick County. Wilmington has always been like a second home for me. Mom, dad and my two younger brothers were at the air show and witnessed Jimmy Craig's plane crash on take off. It dipped below the tree line and there was an explosion and a giant plume of smoke rose into the air. I remember how quite it was before everyone realized what had occured. We drove by the hospital as we were leaving town hoping for some news of survivors and what had happened. It was a terrible ending of a day celebrating the arrival of the battleship North Carolina. I was 11 years and remember it like it was yesterday. The plane just slowly fell from sight and crashed. Such a tragic ending to a wonderful day....

Correction: By 1840 Wilmington was the most populous city in NC, a position it held until 1910 when Charlotte took the title.

what is the current

what is the current population of the city

The estimate as of July 2010 for the population of Wilmington was 106,882.
The information is from the NC Office of State Budget and Management. That is the most recent figure they have available.  http://www.osbm.state.nc.us/ncosbm/facts_and_figures/socioeconomic_data/...

I hope this information helps! If you need additional information, feel free to contact Reference Services. Their contact information may be found at http://statelibrary.ncdcr.gov/contact.html