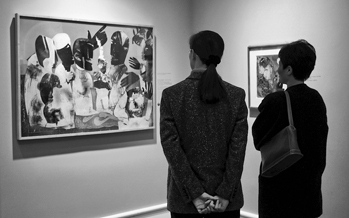 The Mint Museum of Art is located in Charlotte in a building that once served as the first branch of the U.S. Mint outside Philadelphia. Gold was discovered in the Charlotte area in 1799, and by the 1830s there was enough gold production to warrant the creation of a branch of the U.S. Mint in Charlotte. The building, originally uptown, was designed by William A. Strickland, and the mint began operating in 1836. During the Civil War, the building was used as a Confederate headquarters and hospital; it later was an assay office.

In 1933, when adjacent construction and expansion threatened its existence, the building was bought for $950 by a group of preservationists led by Mrs. Harold C. Dwelle and moved to its current site on Randolph Road, where it was reconstructed from 1934 to 1936. In 1936 the Mint Museum of Art opened as the first art museum in North Carolina. Expansion programs in 1967 and 1983 increased the size of the facility.

The museum has diverse collections of American and European paintings and sculpture; pre-Columbian, African, and Spanish colonial art; historic costumes; and one of the premier collections of European and American porcelain and pottery in the nation. The museum also hosts touring exhibits and supports two research libraries.

The Mint Museum of Craft and Design opened in a former department store building nearby in January 1999 to house the museum's growing collections of decorative arts and regional crafts, including North Carolina pottery and turned wood. The Mint Museum of Art had begun its crafts collection in earnest in 1964 with the acquisition of John Acorn's brazed steel sculpture Growth Form and the first in a series of juried Piedmont Craft Exhibitions. By 2006, the Mint Museums, as they became called collectively, had approved further expansion plans, which include a new 145,000-square-foot facility for the Craft and Design Museum on Tryon Road.