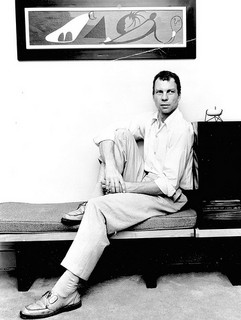 North Carolina institutes of higher learning, through their ability to both feature and foster artists, became centers for art in the twentieth century. Good painters have abounded in academic settings, such as the schools that became part of the University of North Carolina System: Howell at Wilmington, Kenneth Ness and George Kachergis at Chapel Hill, and Howard Thomas at Greensboro. In 1963 the General Assembly founded the residential public institution for training in the performing arts that would become the North Carolina School of the Arts (NCSA), which also offers a diverse curriculum of multimedia instruction. In 1973, a year after the NCSA was merged with the state university system, the Art Institute of Charlotte became the latest in the nationwide system of similar institutes. Currently, the state continues a strong art education presence in such organizations as the North Carolina Art Education Association (affiliated with the National Art Education Association), which offers annual scholarships and awards, in addition to networking for its members.

Through the efforts of educators to promote and develop a spirited artistic conscience within the state, more progressive, modern artists appeared in the mid- to late twentieth century. Artists such as Mary Leath Thomas and Jim Moon, both abstract in nature, had moderate exposure in the 1940s, but the most prominent wave of modernism was, once more, born from an educational vein. At Black Mountain College, Josef Albers introduced avant-garde ideas that would influence art on a national level. From 1933 to 1956, Black Mountain was the center of revolutionary artistic thought, attracting luminaries such as Willem de Kooning, Jacob Lawrence, Robert Motherwell, Irene Cullis, Susan Moore, Howard Thomas, Clare Leighton, Ken Noland, Angelica Reckendorf, and others.

The public frescoes of Ben Long, both religious and secular, have brought worldwide artistic attention to North Carolina since 1974, the year Long painted his first fresco in Beaver Creek. Long attended the University of North Carolina at Chapel Hill and, after serving in Vietnam, studied at the Art Students' League in New York City and with fresco artist Pietro Annigoni in Florence, Italy. His works are as emotionally compelling as they are large, particularly his portrayal of the human figure. His 15 North Carolina frescoes include The Agony in the Garden, The Resurrection of Christ, and The Pentecost at St. Peter's Catholic Church in Charlotte (1989), a massive, labor-oriented piece in the lobby of the Bank of America Corporate Center in Charlotte (1992), and a work at the Charlotte-Mecklenburg Police Department (1997) depicting various elements of poverty and criminal activity. His paintings and frescoes are also on display in Italy, France, and New York City. Long lives in Asheville, where he teaches his techniques to students at the Fine Arts League of Asheville, which he founded.