The Arts and Arts Organizations in North Carolina: An Overview 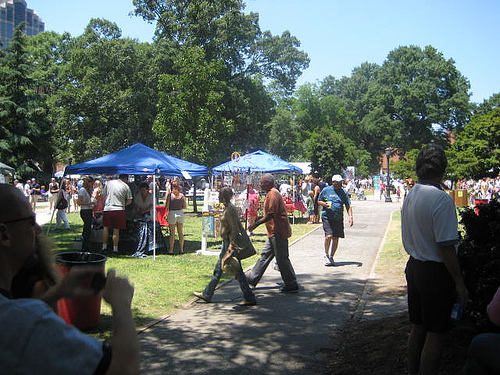 North Carolina is known for a rich cultural heritage rooted in the arts. The arts communicate the essence of the state’s community and culture. They also contribute to a diversified and innovative 21st century economy, providing jobs, attracting visitors, creating products, influencing consumer spending and building community vitality.

North Carolina had long been recognized for rich traditions in crafts, literature, historical drama and music when, by executive order in 1964, Governor Terry Sanford created the North Carolina Arts Council to strengthen North Carolina's creativity, invention and prosperity. His executive order charged the agency to “survey the status and needs of the arts” and to “advance the interests of the arts.” He later recalled the importance of public support of the arts in a 1988 speech as a Senator before The Southern Legislative Conference:


North Carolina has long provided fertile soil for our artists, composers, writers, and musicians, and it continues to do so today...

When I became Governor I had to ask, “Why should a state support the arts?” Can we in good conscience spend money on dance when the welfare program is in disarray, when the infant mortality rate is outrageously high, when basic education is under-supported, when American cities are marked with slums? On the surface, the dilemma is obvious. But maybe more than ever, because of these dreadful conditions of mankind, we need to nurture the arts, and I decided we would never be civilized – in the sensitive and human sense – if we did not strive to have the arts, in the broadest definitions, become a part of the lives of all people.

Under Governor Dan K. Moore, the N.C. Arts Council became a statutory state agency in 1967. At the time, there were 17 local arts councils and 233 other nonprofit arts organizations in N.C.

Arts Council, Inc., the oldest local arts council in the nation, was organized in Winston-Salem in 1949.  This model for community arts support was replicated across the state. The North Carolina Arts Council’s Grassroots Arts Program, the country’s first per capita funding program for local arts initiatives, was established by the General Assembly in 1977, ensuring arts opportunities in all 100 counties.

Today a strong arts infrastructure — with more than 3,000 nonprofit arts organizations — provides opportunities for citizens to experience the arts in their own communities and contributes to vital and vibrant cities and towns. More than 1,000 arts facilities are a catalyst for downtown and neighborhood revitalization. Arts learning, both in and out of the classroom, plays a critical role in preparing North Carolina’s school-age children for the future.

Creative enterprises—those people and companies who produce and use art and design in their work—are now an important sector in North Carolina’s economy.

The 2003 “Economic Impact of Nonprofit Arts Organizations in the State of North Carolina” study set the nonprofit creative sector economic impact at $723 million. Slightly fewer than two percent of all jobs in North Carolina were identified in the creative industry through data from 2,468 nonprofit cultural organizations.

Creative Economy research in 2005 defined the for-profit and non-profit arts industry in North Carolina and measured its contribution of over $3.9 billion in wages through more than four percent of total employment in North Carolina. A follow up study in 2009, “Economic Contributions of the Creative Industry in North Carolina,” documented $41.4 billion worth of products and services contributed through nearly 50,000 establishments creating and sustaining nearly 300,000 jobs, almost 6 percent of total state employment. 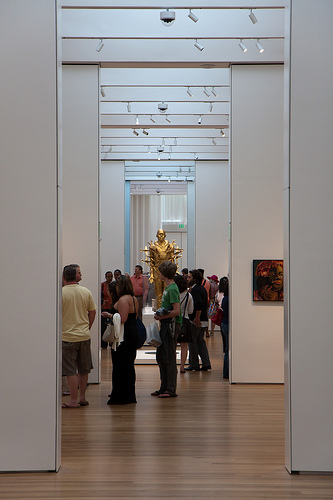 John White, second governor of England’s Roanoke Island colony, completed a series of drawings of colonial life in the 1580s. Artists from all mediums continue to find inspiration in the state. Among them, Elliott Daingerfield (1859-1932) painted North Carolina mountains and Francis Speight (1896-1989) painted in the east. Romare Bearden (1911-1988) depicted images drawn from his childhood in Charlotte. Kenneth Noland (1924-2010) of Asheville perfected abstract color field painting.

The North Carolina State Art Society was founded in 1924 to work for the establishment of a state art museum. In 1947 $1 million was appropriated for a state art collection, and the North Carolina Museum of Art opened in Raleigh in 1956. Private collectors established other museums affiliated with universities including the Ackland in Chapel Hill, Reynolda House in Winston-Salem, and the Weatherspoon in Greensboro. In 2010 the Charlotte Center City Levine Center for the Arts opened with Bechtler Museum of Modern Art, Harvey B. Gantt Center for African-American Arts + Culture, John S. and James L. Knight Theater and Mint Museum.

Black Mountain College attracted avant-garde visual and literary artists to North Carolina from 1933 - 1956. The Mint Museum of Art in Charlotte, the state's oldest permanent art museum, was incorporated in 1933. The State of North Carolina purchased or commissioned art under the Art Works for State Buildings program ratified by the General Assembly in 1982. From 1989-1995, 61 artworks were commissioned using one-half of one percent of a state building's construction budget.

The Penland School of Crafts opened in 1929 in Mitchell County to preserve mountain weaving skills and today demonstrates the aesthetic potential of handwork, building the market for unique contemporary objects. Hand Made in America was founded in 1993 in Asheville to promote craft for economic development.

Weymouth Center, a retreat for writers and artists in Southern Pines, was developed in 1978. The North Carolina Writers Network was established in 1986. 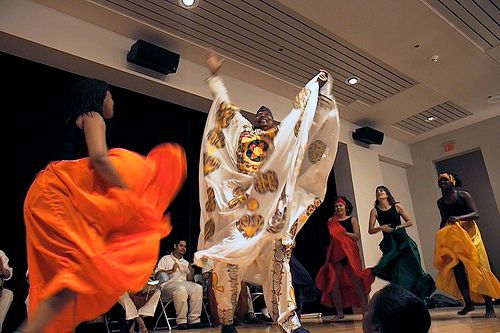 The Charlotte Symphony was established in 1931 as the first orchestra in the state. The North Carolina Symphony performs throughout the state. It was founded in 1932 and in 1943 became the first state-supported symphony in the country.

Frederick Koch (1877-1944) founded Carolina Playmakers at the University of North Carolina in 1918, leading to the establishment of the second oldest drama department in the country, where Andy Griffith (1926-    ) first performed. First staged in 1937, The Lost Colony, written by Pulitzer Prize-winning playwright Paul Green (1894-1981), is the nation’s premier and longest-running symphonic outdoor drama. North Carolina's oldest continually-active community theater, Theatre Charlotte, was founded in 1927, followed by the Little Theatre in Winston Salem, now Twin City Stage, in 1934 and Parkway Playhouse in Burnsville in 1947.

Vagabond Players theater troupe first performed in Hendersonville in 1940, the beginning of Flat Rock Playhouse, established in 1952 and designated the State Theatre of North Carolina by the General Assembly in 1961.

The North Carolina Theatre Arts division (a program of the North Carolina Arts Council since 1981) was established in 1973 as the nation’s first state agency for professional drama support.

The North Carolina Dance Theatre, founded in 1970 at the N.C. School for the Arts in Winston- Salem, has been based in Charlotte since 1990. The American Dance Festival relocated from New London, Connecticut to Durham in 1978.

The African-American Dance Ensemble, originating in New York City in 1968, came to Durham in 1980. Carolina Ballet, founded in 1984 as the student company Raleigh Dance Theatre, became professional in 1997.

The rich folk arts of North Carolina thrive in communities sustaining their authentic traditions. Even before English settlement, the Eastern Band of the Cherokee Indian had been creating pottery, hand woven baskets and tools. Today these crafts continue through Qualla Arts & Crafts Mutual, a Native-American owned and operated cooperative established in 1946.

William Cole established a pottery business near present-day Asheboro in 1790. Seagrove in the central Piedmont was home to immigrant potters attracted by the region’s abundant clay deposits. In the early twentieth century, collectors embraced pottery as not only functional but decorative, inspiring potters to utilize new materials and new firing methods to further develop their work.

Educator and social activist John C. Campbell and his wife Olive Dame applied the Danish folkehojskole (folk school) model to start the John C. Campbell Folk School in Brasstown in 1925, preserving and sharing the crafts, techniques and tools that mountain people used in every day life.

Bascom Lamar Lunsford (1882-1973) launched the Asheville Mountain Dance and Folk Festival in 1928, the grandfather of modern folk festivals. The Southern Highland Handicraft Guild in Asheville was incorporated in 1930. Grandfather Mountain Highland Games was started in 1955 to preserve Scottish folk arts.

The Office of Folklife Programs (a program of the North Carolina Arts Council since 1981) was formed in the Department of Cultural Resources in 1977. Its Blue Ridge Heritage Initiative received the Preserve America Presidential Award in 2004.

In 2003 North Carolina was named as one of the Top Ten states for cultural and heritage tourism by the Travel Industry of America and Smithsonian magazine (TravelScope Survey, 2003). Cultural tourism accounts for nearly 40-percent of our state’s leisure travel. NC Arts Everyday provides art news, seasonal itineraries and Artful Traveler videos.

Resources on art[s] in North Carolina in libraries [via WorldCat]

Resources on art history in North Carolina in libraries [via WorldCat]