Joseph Bathanti is an award-winning poet, author, and college professor. He has published four books of poetry, two novels, a book of short stories, and a nonfiction work on North Carolina's Visiting Artists program. On August 30, 2012, he was appointed Poet Laureate of North Carolina and served until 2014.

Bathanti was born July 20, 1953 in Pittsburgh, Pennsylvania to a seamstress and steelworker, and grew up Catholic in the working-class neighborhood of East Liberty. The year 1972 saw Bathanti's first publication, semi-anonymously, of a poem called "This Disgruntled Noise" in the California State College (now California University of Pennsylvania) literary magazine, Pegasus. In the summer of 1972, he transferred from there to the University of Pittsburgh. He graduated with a bachelor's degree in English in 1975. 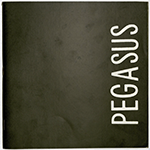 In 1976 joined VISTA (Volunteers in Service to America), a domestic Peace Corps-type program created in 1964.  He was assigned to work with prison inmates at Huntersville Prison in Mecklenburg County, N.C. This assignment molded his life, as he not only met his future wife (and fellow volunteer) in the program, but involved him in a lifetime of working with prisoners. Long after his service in the VISTA program ended, he continued to do volunteer work with prisoners, teaching writing workshops and chairing the N.C. Writers’ Network Prison project.

In 1977 he married Joan Carey from Georgia, with whom he has two sons, Beckett and Jacob.

In the late 1970s he lived in the Shuffletown neighborhood of Charlotte, writing and then scrapping a Thomas Wolfe-inspired novel entitled Perhaps, by Love Bequeathed. From 1985 to 1989 he travelled Anson, Union, and McDowell counties with the North Carolina Visiting Artist Program, which brought diverse artists to rural communities. He later wrote a history of the program, published in 2007.

His first book was published in 1986, Communion Partners, a volume of poetry.  In 1988 he got his MA in English Literature from the University of Pittsburgh, and in 1989, he published a second volume of poetry, Anson County, named for and inspired by the area he had travelled so extensively.

In 1990, he joined the staff of Mitchell Community College in Statesville, N.C. to teach English. In the spring, his one-act play, "Afomo," was produced by the Lab Theatre of the University of Tennessee at Knoxville, winning the Wachovia Playwrights Prize and The Playwrights Fund of North Carolina Prize. He received a Master of Fine Arts degree in Creative Writing from Warren Wilson College in Asheville in 1991. In 1994 he received a Literature Fellowship from the N.C. Arts Council. In 1995 he received the Samuel Talmadge Ragan Award, presented annually for outstanding contributions to the Fine Arts of North Carolina over an extended period.

His third and fourth books of poetry, The Feast of All Saints and This Metal were published in 1994 and 1996. This Metal was nominated for a National Book Award and won the 1997 Oscar Arnold Young Award for best book from the North Carolina Poetry Council. In 1996, Bathanti received a fellowship from the Witter Bynner Foundation for Poetry. By 1999, he was writer-in-residence and program coordinator of humanities at Mitchell, had become a Pushcart Prize nominee for short fiction and essays, and received the Ernest A. Lynton Award for Faculty Professional Service and Academic Outreach.

After joining Appalachian State University in 2001, Bathanti continued to amass awards and publish books in the 2000s. His first novel, the semi-autobiographical East Liberty, was published in 2001 and won the Carolina Novel Award, the first novel not set in North Carolina to do so. In 2002, his poem "Land of Amnesia" won the Linda Flowers Literary Award from the North Carolina Humanities Council. His second novel, Coventry, was published in 2006, garnering him the Novello Literary Award and an interview on television series North Carolina Bookwatch on August 3, 2007. The same year a collection of short stories, The High Heart, was published, followed by another volume of poetry, Land of Amnesia in 2009. His most recent work, the poetry collection Restoring Sacred Art (2010), won the Roanoke-Chowan Award for Poetry.

Joseph Bathanti currently lives in Vilas, N.C. and is a creative writing professor and the writer-in-residence in the Watauga Global Community at Appalachian State University.

The Feast of All Saints. Troy, Maine: Nightshade Press. 1994.

Bathanti, Joseph. "Half of What I Say Is Meaningless." War, Literature & the Arts: An International Journal of the Humanities. November 1, 2011. 306-319. http://wlajournal.com/23_1/images/bathanti.pdf