"Master of Round Peak Music" 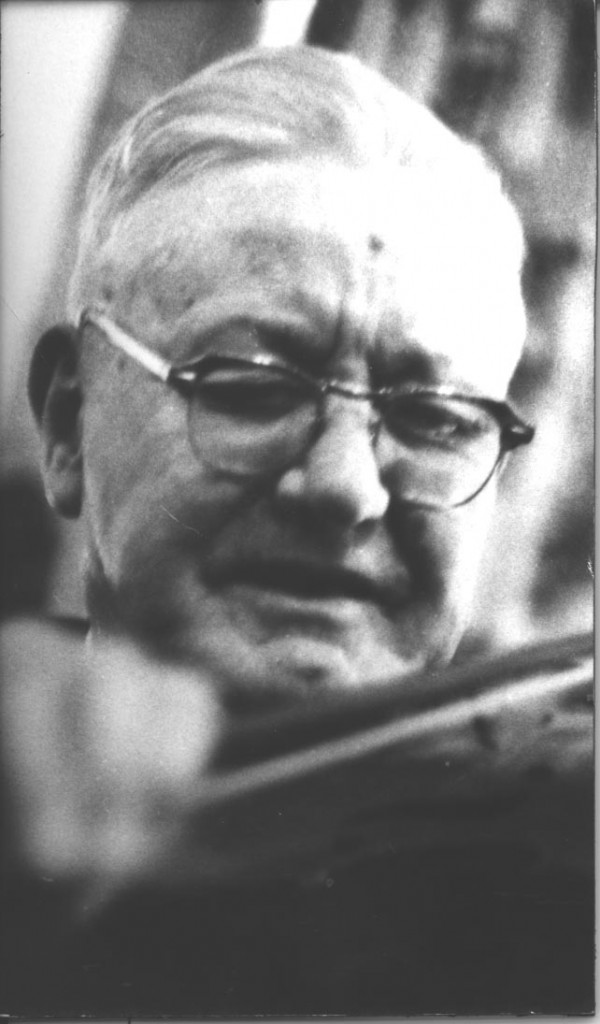 Tommy Jarrell was born Thomas Jefferson Jarrell, one of eleven children of Benjamin Franklin and Susan Letisha Amburn Jarrell. The family lived in a community called Round Peak in Surry County. Like most of their neighbors, they were of Scottish heritage. Tommy attended Ivy Green School through the seventh grade.

Folks in the community of Round Peak had a wonderful musical tradition. They passed the songs, tunes, and words to songs brought from the old country down from one generation to the next. Often, these “old-time” songs were learned by heart, or memorized, because many of the people could neither read nor write. A field hand on the Jarrell farm, Baugus Cockerham, taught eight-year-old Tommy Jarrell to play the banjo. A few years later, Jarrell fell in love with playing the fiddle. He learned well, from his father, uncle, and other area musicians. He had memorized and could play more than one hundred songs by the time he was eighteen.

So many musicians in Jarrell’s community could play music from the old country that the music and sound came to be called Round Peak music. The tunes were played on stringed instruments—usually a guitar, a fiddle, and a banjo were all that were needed. The musicians played in what is called clawhammer style. It differs from other styles because of the direction in which instruments are picked. In traditional styles like folk, bluegrass, or classical, there is an up-picking motion by the fingers and a down-picking motion by the thumb. In clawhammer-picking style, the hand forms a clawlike shape and the musician keeps the strumming finger fairly stiff, striking the strings by the motion of the hand at the wrist or elbow, rather than a flicking motion by the finger.

Round Peak songs told of everyday life. They could be fast for dancing, or slow ballads that related all types of stories: happy, silly, sad, or tall tales, to name a few. One song, “Cotton-Eyed Joe,” tells a short rhyming story:

Made him a fiddle and made him a bow
And they made a little tune called “Cotton-Eyed Joe.”

I fell down and stubbed my toe
Call for the doctor, Cotton-Eyed Joe

Chicken in the bread pan peckin’ out the dough
Grannie will your dog bite? No, child, no

People played old folk songs like “Cotton-Eyed Joe,” “Cumberland Gap,” “Sally Ann,” and “Cindy” after a long, hard day of work. Families in the community might share a neighbor’s harvest chores, like peeling and drying apples or shucking corn. Wood choppings and bean stringings became fun because of what everyone knew would follow once the work was done: a good meal, drinking, making music, and dancing.

Jarrell became famous for his music late in life. He traveled all over the United States to play. In 1982 he was selected as one of fifteen master folk artists for the first National Heritage Fellowships of the National Endowment for the Arts.

His style of Round Peak music remains as popular as ever. It is still being played, listened to, enjoyed, and preserved by young and old. A wonderful documentary called Sprout Wings and Fly features Jarrell and his music. Every February, a the Tommy Jarrell Festival takes place in Mount Airy. His fiddle is now part of the Smithsonian Institution's collection in Washington, D.C.

At the time this article was written, Linda Blue Stanfield served as the director of the Mount Airy Museum of Regional History.