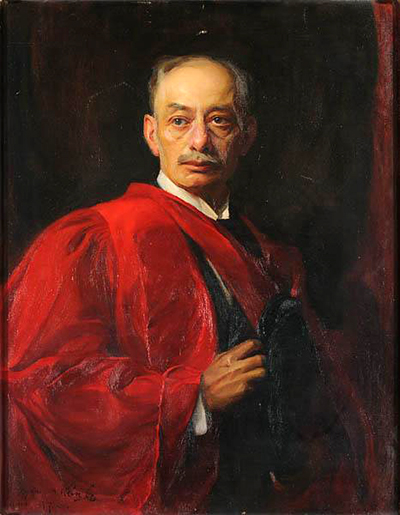 Walter Hines Page, editor, author, educational reformer, and ambassador, was born in Wake County in the area that became Cary. He was the eldest of eight children of Allison Francis and Catherine Frances Raboteau Page. His father, an enterprising businessman, later moved to Moore County, where he engaged in lumbering, railroad building, and the development of Pinehurst. Growing up in Cary, Page received his education at a local academy, the Bingham School, Trinity College, and Randolph-Macon College, from which he was graduated in 1875. After training for a career in higher education, which included graduate study among the first group of Fellows of the Johns Hopkins University and summer teaching at The University of North Carolina, Page turned to journalism. Within four years he progressed from the editorship of a daily newspaper in St. Joseph, Mo., to a reporter's job on the New York World and finally to starting his own weekly, the State Chronicle, in Raleigh in 1883.

With the State Chronicle Page established himself as a spokesman for a modified version of Henry Grady's "New South" viewpoint, likewise stressing economic development and sectional reconciliation but laying greatest emphasis on improved education. Though he chafed at the cultural and political torpor of his native state, he suppressed most of his criticism until after he had left North Carolina, when he sent back a series of letters blasting domination by "mummies." Scant earnings in Raleigh and hopes for a brighter career in New York led Page to turn the State Chronicle over to Josephus Daniels in 1885. Thereafter, despite frequent visits and much speaking and writing about the South, he remained an expatriate, spending the rest of his life in the North and abroad.

Page rose rapidly in metropolitan journalism, particularly when he entered the magazine field after working again for New York newspapers. In 1891 he became editor of the Forum, a monthly nonfiction journal that he made a vital sounding board for current opinion and a pioneer in investigative reporting. After losing control of the Forum in 1895, Page moved to Boston, where he worked as a book editor for Houghton, Mifflin, and Company and successively as assistant editor and editor of the Atlantic Monthly. With the Atlantic he repeated his earlier feat of enlivening a magazine through increased emphasis on public affairs and timely reporting. Page returned to New York in 1899 to work briefly with S. S. McClure before joining Frank N. Doubleday the same year in founding the publishing firm Doubleday, Page, and Company. As a book publisher, he helped the house (now Doubleday and Company) become one of the giants of the industry by attracting such popular authors as Ellen Glasgow, Thomas Dixon, and Booker T. Washington. In 1900 he began his own monthly magazine, World's Work, which broke new ground in news coverage and the use of photography. Page remained with the firm until 1913, when he became U.S. ambassador to the Court of St. James's and passed the World's Work editorship on to his son Arthur.

Demanding though his journalistic career was, Page maintained extensive outside interests and involvements. An early literary vocation persisted and he published three books, including a pseudonymous novel, The Southerner (1909). But success as a writer eluded him in his lifetime and came only with Burton J. Hendrick's posthumous Life and Letters of Walter Hines Page (1922–25). Various business ventures, often with members of his family, likewise brought profits but not great wealth. Page's biggest successes outside his profession came in educational reform and amateur politics, both of which involved his native South. Even before his State Chronicle editorship, he had singled out education as the South's surest means to overcome poverty and backwardness, and he persisted in preaching that gospel in his magazines and frequent speeches. He gave his most famous speech, "The Rebuilding of Old Commonwealths," at Greensboro in 1896 to kick off the public school campaign led by his friends Edwin A. Alderman and Charles D. McIver. He later played an important part on the Southern Education Board, which directed similar campaigns throughout the South, the General Education Board, and the Hookworm Commission, both of which dispensed massive Rockefeller benefactions. In all, Page established himself between 1896 and 1913 as perhaps America's leading educational propagandist and mediator between the South and the rest of the country. His political involvements sprang in part from his magazine work but more from his concern for sectional reconciliation, particularly when he promoted the presidential candidacy in 1912 of his old acquaintance and fellow southern expatriate, Woodrow Wilson. An original Wilson backer, Page narrowly missed a Cabinet post but received instead the appointment as ambassador to Great Britain. 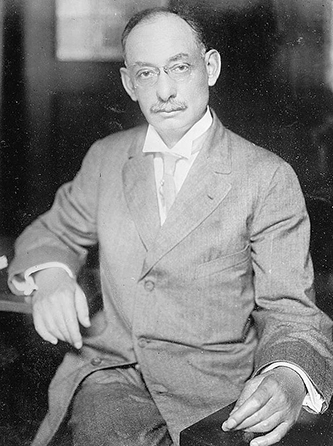 Though inexperienced in foreign affairs, Page proved a successful peacetime ambassador who promoted Anglo-American cooperation much as he had earlier labored for sectional reconciliation, often operating outside formal diplomatic channels. The high point of his ambassadorship came during the first year, when he helped resolve controversies with the British over Mexico and Panama Canal tolls. A grateful President Wilson set up a special private fund to defray Page's expenses and allow him to remain in London. With the outbreak of World War I his influence eroded because of his passionate championship of the Allies. During the first two years of the war Page directed a fusillade of letters and cables at Wilson urging actions tantamount to intervention on the Allied side. He soon lost the administration's confidence and was side-lined in important dealings, being allowed to remain at his post mainly due to the inconvenience of replacing him.

Page had the satisfaction of witnessing the United States enter World War I in 1917, and he subsequently enjoyed doing what he could to facilitate comradeship in arms. In the spring of 1918 his health failed from hypertension, and he barely survived the voyage homeward that fall after relinquishing his post. Page died at Pinehurst and was buried in the family plot in the Old Bethesda Cemetery near Aberdeen. He was survived by his wife, Willia Alice Wilson Page, whom he had married in 1880; his three sons, Ralph Walter, Arthur Wilson, and Frank Copeland; and his daughter, Katharine Page Loring. Also surviving were his three sisters and four brothers, including former U.S. Representative Robert N. Page and Frank Page, who later served as North Carolina Highway commissioner. Numerous posthumous honors commemorated his work, most notably a tablet in Westminster Abbey and the naming of the school of international relations at Johns Hopkins after him. The first two volumes of Page's Life and Letters became the third ranking nonfiction best-seller in 1923.

Page, Walter Hines. The rebuilding of old commonwealths, being essays toward the training of the forgotten man in the southern states. New York, Doubleday, Page. 1902. https://archive.org/details/rebuildingoldco00pagegoog (accessed August 19, 2013).