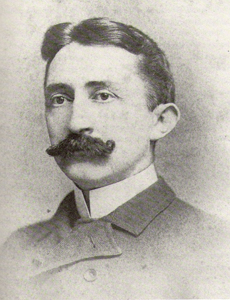 Edwin Anderson Alderman, educator, orator, university president, was born in Wilmington as the third surviving child and only son of James and Susan Jane Corbett Alderman. His ancestors on both sides had been residents of North Carolina for several generations, although his paternal line has been traced to William Alderman, born in Massachusetts in 1640. His mother's family, of mixed English, French, and Scottish blood, was descended from Thomas Corbett, who migrated from France to England before 1692. Alderman's father, by occupation an inspector of lumber, was an officer of the First Presbyterian Church of Wilmington during the time when Woodrow Wilson's father, Joseph Ruggles Wilson, was minister there. Young Alderman received his early education in private schools in Wilmington and for two years attended the Bethel Military Academy, Warrenton, Va. He enrolled in 1878 at The University of North Carolina, where he was graduated in 1882 with the Ph.B. degree, receiving honors in English and Latin. He also won the coveted Mangum Medal for oratory.

Following graduation, he accepted a teaching position in the Goldsboro public schools and came under the influence of Edward P. Moses, who infected him with the zeal for public education that thereafter characterized Alderman's career. He succeeded Moses as superintendent of the Goldsboro schools in 1885 and remained in that position until the summer of 1889, when Alderman and Charles D. McIver were appointed by the North Carolina Superintendent of Public Instruction Sidney M. Finger to conduct teachers' institutes throughout the state. For more than three years Alderman and McIver toured the state bringing to ill-prepared teachers a measure of pedagogical instruction and endeavoring against numerous obstacles to arouse support for the public schools. Although their success was far from spectacular, they probably helped to prepare the ground for the educational renaissance that occurred under the leadership of Governor Charles B. Aycock a decade later. 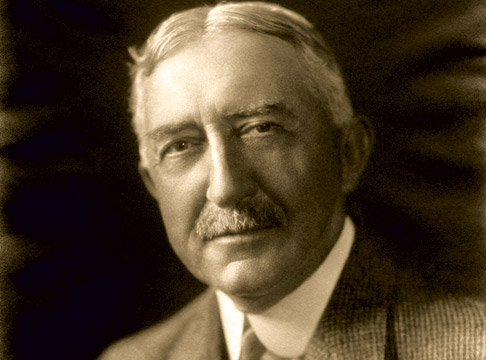 In June 1891 Alderman was named professor and McIver was elected president of the State Normal and Industrial School, now The University of North Carolina at Greensboro, an establishment then recently authorized by the General Assembly for the education of young women. In October 1892 the school was opened, enrolling approximately two hundred students during its first year.

In 1893 Alderman became professor of the history and philosophy of education at The University of North Carolina and was assigned additional teaching duties in the history department. He is credited with introducing to the university broad, survey-type courses on the history of Western civilization. During 1895 and 1896 Alderman supervised the research and writing of the first thesis ever accepted by The University of North Carolina for the master's degree in history: J. A. Moore's "History of the Public School System in North Carolina." Alderman also acquired some reputation for his own research in local history. In 1896 he was elected president of the university. During the four years of his presidency enrollment increased steadily; but the university continued to be plagued by financial problems, its annual income during Alderman's tenure never amounting to more than $50,000. 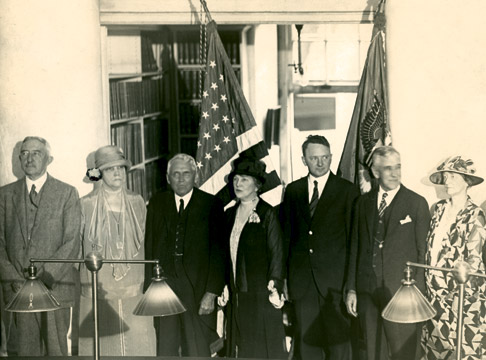 In 1900 Alderman became president of Tulane University. During his four years there he emphasized closer relations with the public schools and the opening of educational opportunities to all worthy students. His presidency was marked by a significant increase in enrollment and some expansion of the physical plant. Although he met with moderate success in his efforts to expand the university's financial resources, his appeals to private philanthropy did not evoke the response he had expected. His most effective service was publicizing the institution and strengthening its connection with the public schools. In this work he made effective use of the Southern Education Board, an institution established in 1901 of which Alderman was a member until its dissolution in 1914 (although his most effective services were rendered before 1907).

Alderman was elected first president at the University of Virginia in 1904, all previous administrative heads of the eighty-five-year-old institution having held the office of chairman of the faculty. Although he met with some opposition, Alderman succeeded in tying the university to the movement for democratizing education, of which he was a principal leader. With the willing support of the faculty, he was able during the first decade of his administration to move the traditional, conservative institution into the mainstream of modern academic life and to make it the apex of the commonwealth's system of public schools. He secured state appropriations and led a successful campaign to increase the university's endowment by soliciting private contributions. He cooperated with the faculty in reorganizing the undergraduate curriculum to bring it more in line with the conventional academic pattern. He emphasized the development of the professional schools of law, engineering, and especially medicine but—apparently believing that the time for detailed research had not yet arrived in the South—placed significantly less emphasis upon the graduate school and the library. Although the natural sciences made considerable gains in both equipment and faculty during Alderman's presidency, history and the social sciences lagged. During the decade 1904 to 1914, the university faculty doubled in size while the student body increased by less than 50 percent, in part because of the raising of admission requirements at Alderman's insistence. 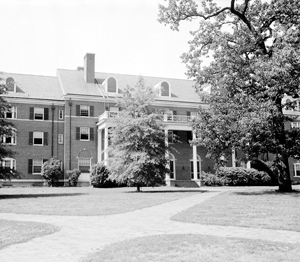 The remaining seventeen years of Alderman's presidency were marked by diverse advances. He lost a controversy with the alumni, however, resulting from his recommendation of the establishment of a coordinate college for women, although a modified form of coeducation was instituted at Virginia after World War I. But Alderman more than regained any popularity he had forfeited in this battle when he succeeded in 1922 in preventing the removal of the medical department from Charlottesville to Richmond; he emerged from the struggle a local hero. By the end of Alderman's first twenty-five years as president of the university (1904–29), the student body had quadrupled and the endowment had grown from $350,000 to $10,000,000; and there were to be additional increases in both students and endowment before Alderman's death two years later. Alderman's personal prestige was much enhanced by a memorial address on Woodrow Wilson delivered in Washington, D.C., before the assembled dignitaries of the nation on 15 Dec. 1924.

Meanwhile, Alderman's health had become a matter of prime concern to him. As early as 1906 he had received ominous warnings that he was not an entirely well man. On 24 Nov. 1912, shortly after Wilson's election to the presidency and just as Alderman was being publicly discussed as a possible candidate for an important diplomatic post under the new administration, he was admitted as a patient at Lake Saranac, N.Y., with tuberculosis of the larynx and complications in both lungs. Although he was released in the spring of 1914, he never regained his former vigor, and his later years were marked by increasingly poor health complicated by numerous ailments. On 29 Apr. 1931, while on his way to deliver an address at the inauguration of Harry Woodburn Chase, recently of The University of North Carolina, as president of the University of Illinois, Alderman suffered a stroke of apoplexy. Taken from the train at Connellsville, Pa., and rushed to the state hospital, he died a few hours later without ever regaining consciousness. His funeral was held in the little Gothic chapel on the University of Virginia campus, and his body was interred in the university cemetery. The University of Virginia possesses both an oil portrait of Alderman, showing him in academic attire, painted by Eugene Edward Speicher and presented to the university in 1922, and a bust by Sergei Konenkov presented in 1930.

Alderman was married to Emma Graves, a sister of Professor Ralph Henry Graves of The University of North Carolina and one of the belles of the state, on 29 Dec. 1885 at Chapel Hill. Their three children all died in early childhood, and Emma herself died of tuberculosis in 1896. On 10 Feb. 1904, Alderman married Bessie Green Hearn of New Orleans, several years his junior. Both she and their only child, Edwin Anderson Alderman, Jr., survived Alderman.