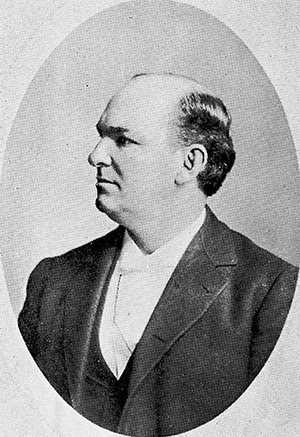 Charles Duncan McIver, founder and first president of the State Normal and Industrial School for Girls (now the University of North Carolina at Greensboro), was born in a part of Moore County that became Lee in 1907. His family soon moved to the home in which he lived as a child; it still stands on Highway 421 north of Sanford. He was the son of Matthew Henry and Sarah Harrington McIver. One grandfather, Evander McIver, owned six thousand acres and a hundred slaves; his other grandfather, William D. Harrington, also owned a large plantation in Moore County. McIver's father had a farm, a gristmill, a lumber mill, and part interest in a store in Sanford. The first school he attended was built by Henry McIver and some neighbors. He later prepared for college at a school operated by John E. Kelly. Entering The University of North Carolina in 1877, he was graduated in 1881. Other future educators who studied with him were Charles Brantley Aycock, James Y. Joyner, and Edwin A. Alderman. His alma mater subsequently awarded him two honorary degrees: a doctor of literature in 1893 and a doctor of laws in 1904.

After graduation McIver became assistant headmaster of the Presbyterian Male Academy, a small private school in Durham. Shortly after the term began, the headmaster took another job and left him the school. At that time the graded-school movement was growing in North Carolina, and though many people considered this a threat to private schools, the first vote McIver ever cast was to establish such a school in Durham. There he served as teacher, principal of the high school, and acting superintendent from 1882 to 1884. He then became principal of the high school in Winston. While in Winston he married Lula Verlinda Martin, who bore him four children: Annie Martin in 1886 (Mrs. James R. Young), Charles D., Jr., in 1887, Verlinda Millie in 1895, and Lula Martin in 1899 (Mrs. John Dickinson).

McIver's interest in the education of teachers led him to offer a normal course at the Winston Graded School. In the spring of 1886 he was elected vice-president of the North Carolina Teachers' Assembly. The following summer he made the first of many speeches advocating improved education for women. At that time the state provided a university for white men and normal schools for black men and women, but there was no such provision for white women.

In 1886 McIver accepted a position as head of the literary department at Peace Institute in Raleigh, where he established the first normal course in a private institution in North Carolina. The following summer the Teachers' Assembly made him chairman of the committee to introduce a bill to the General Assembly providing for a teacher training school. Undaunted by its failure, he went to Yadkinville to teach a normal school for Yadkin County. On the last Sunday there he conducted a "Sunday School Normal" because he believed Sunday schools also needed improvement. In 1888 McIver taught the state normals at Wilson and at Sparta. Again the Teachers' Assembly appointed him to petition the legislature for a normal school for white girls. In 1889 a school for Indians was established, but after passing the senate, the bill that McIver advocated to train white women teachers failed the house by sixteen votes.

The same legislative session abolished the eight summer normal schools then in operation and in their place set up county institutes that were to both educate teachers and inform the public about the need to improve education. On 1 July 1889 McIver and Edwin Alderman began a three-year stint as conductors of these institutes. Dr. Jabez Lamar Monroe Curry provided additional money from the Peabody Fund to employ J. Y. Joyner, M. C. S. Noble, and Edward P. Moses to offer additional institutes during the summer. These men promoted the cause of education in all the counties of the state and brought about an increased respect for the teaching profession.

The legislature of 1891, prodded by the Farmers' Alliance, the King's Daughters, and the Teachers' Assembly, as well as McIver, Alderman, and State Superintendent Sidney M. Finger, finally approved the establishment of the State Normal and Industrial School for Girls. Its purpose was to prepare young women to earn a livelihood in teaching or in business. Major Finger announced the selection of Greensboro as the site, adding his hope that one day the institution might be for both sexes. This hope was realized in 1964. Both McIver and Alderman received support for the post of first president and each expressed a willingness to serve the other should he be chosen. McIver was the ultimate choice at a salary of $2,250. 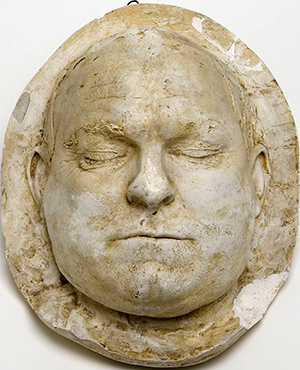 On 5 Oct. 1892 he was at the railroad station to greet the 176 students when they arrived to attend the new college. They enrolled in three departments: normal, business, and domestic science. In 1893 McIver established a "practice and observation school" to provide training for teachers, and it survived until 1970. The school prospered despite the activities of some detractors, a typhoid epidemic that cost fifteen lives and closed the school in 1899, and a fire that destroyed the major dormitory in 1904.

In addition to his duties at the college, McIver held offices in many professional organizations. He was president of the Southern Education Association and of the Normal School Department of the National Education Association, a trustee and member of the executive committee of the board of trustees of The University of North Carolina, and secretary and district director of the Southern Education Board. He also was considered as a candidate for governor of North Carolina and for president of The University of North Carolina but refused to allow his name to be submitted, choosing to remain at his post in Greensboro.

On 17 Sept. 1906 McIver went to Raleigh to board the campaign train of William Jennings Bryan but suffered a stroke and died before the train reached Hillsborough. Children in schools across the state donated pennies to erect a statue of him on the capitol grounds; a copy of that statue was also placed in front of the library on the campus of the University of North Carolina at Greensboro.